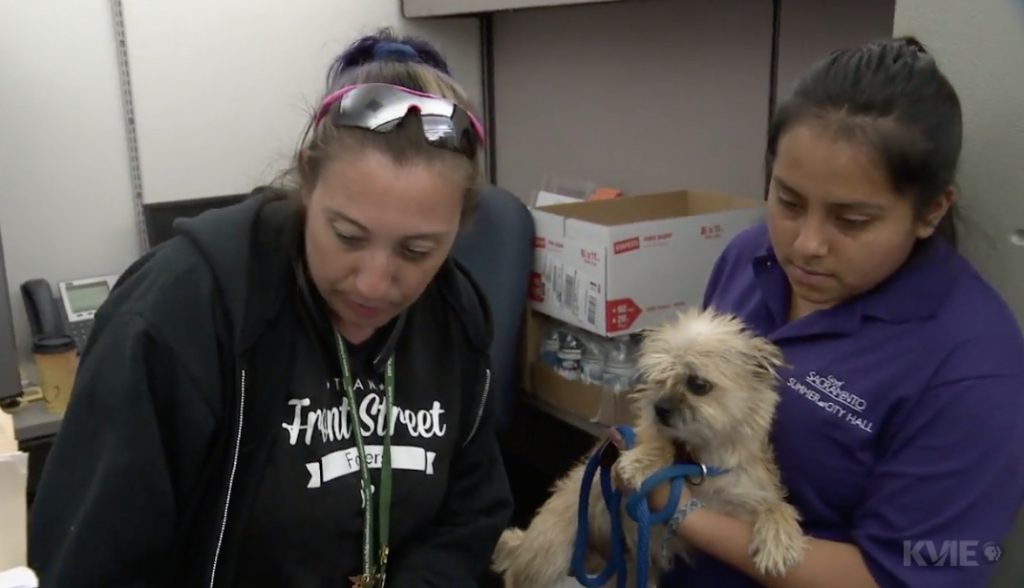 Johnny Rebel, the 20-foot tall mural of a Civil war soldier carrying a rifle, may soon be sanded and scraped off the gym wall and into the dustbin of history at Savanna High in Southern California.

All because students got involved and came up with a recommendation for their school board.

Their work is just the type of civic engagement that in the future should earn students a California Seal of Civic Engagement, said Michelle Herczog, a history consultant with the Los Angeles County Office of Education and activist for civics education. When first awarded, probably in 2021, students who put good grades in civics, social studies and government to good use in the community will see the seal affixed to their high school diploma.

A majority of 2,000 students at the Anaheim Union High School District school have voted to “rebrand” the school’s mascot, keeping the school’s “rebel spirit” while dropping the association with the Confederacy. About a quarter of students voted to keep Johnny Reb as is.

They made the decision thoughtfully, without rancor. Students throughout the school spent a week studying the Confederacy and how the mascot was adopted at their school. They organized a town hall meeting at school. Students presented opposing points of view and will present their recommendation to the school board next week.

The Seal of Civic Engagement will join the Seal of Biliteracy, recognizing fluency in multiple languages, and the long-standing Golden State Seal Merit Diploma, recognizing overall academic excellence, as the civics equivalent of the Armed Forces’ oak leaf cluster to honor meritorious service.

It was created by Assembly Bill 24, authored by Assemblywoman Susan Eggman, D-Stockton, in an effort to revive civics education. It was signed into law earlier this month. Who will be eligible for it and the criteria for awarding it will be hashed out over the next two years by the state Department of Education and ultimately will be decided by the State Board of Education in early 2021. Their challenge will be to strike a balance between encouraging civic involvement by all students and singling out outstanding accomplishments that catch the eye of colleges and employers .

The bill requires that the state consider criteria that would include students’ successful completion of history, government and civics courses and voluntary participation in community service or extracurricular activities. Not mentioned, but another potential factor for the seal, will be performance on a new history-social science test. It hasn’t been developed yet but will likely be a performance exercise in critical thinking and analysis of a historical issue unlike the multiple choice tests of the past.

Virginia, which passed its law in 2003, is the only other state to offer such recognition to its students, according to Education Week.

The drive to create the seal grew out of a 2014 report by the California Task Force on K-12 Civic Learning that warned of a “crisis in civil participation.” That report cited surveys that found fewer than half of Californians between 18 and 24 vote and fewer than half of high school seniors viewed it their responsibility to be actively involved in state and local issues. UC Riverside Education Professor Joseph Kahne has documented “the civic opportunity gap” in community and political involvement between wealthy and low-income students.

In a UCLA survey released this month, teachers report that caustic rhetoric in Washington is contributing to a contentious atmosphere at school. That’s why it’s important to raise the level of civil discourse and civic engagement, said Herczog, a steering committee member of Power of Democracy, the successor organization charged with carrying out the recommendations of the task force. “We live in a politicized society where one side doesn’t want to hear what the other has to day. What’s modeled for us out there is not good. We civic educators have our hair on fire.”

The seal, she said, “will be a fabulous opportunity to heighten awareness to embrace high-quality civic learning.”

In 2016, the state board revised California’s grade-by-grade guidelines for history and social studies instruction to integrate discussions, ideas and information involving civic learning. Herczog and the Constitutional Rights Foundation then completed a 108-page “Civic-Learning Compendium” with additional “action-oriented instructional practices” for students to “ ‘flex their civic muscles’ in safe, meaningful settings.” They include mock trials and simulated legislative hearings and civics-based projects. An example for a unit on the environment in 11th grade U.S. History would be for students to read sections of Rachel Carson’s Silent Spring, then debate the role of government in facing climate change today and research a public policy solution to a local environmental challenge.

Three years ago, the California Department of Education initiated the Civic Learning Award for schools that excel in civics learning. Top winners receive a visit from California Supreme Court Chief Justice Tani Gorre Cantil-Sakauye and an invitation to a banquet.

In the California Democracy School Civic Learning Initiative, Los Angeles County trained teachers in civics learning in participating high schools and infused civics in the curriculum. Savanna High is one of those schools.

Herczog started her own California Democracy School Awards in Los Angeles County, which have been awarded to 14 schools, including a continuation high school in Compton Unified and the Los Angeles County’s school for incarcerated girls. Her award has three levels of distinction, and Herczog said there could be levels of commendation, like gold, silver and bronze for the Seal of Civic Engagement, to recognize degrees of effort and achievement.

Bina Lefkowitz, who with her husband — Sacramento City Council Member Jay Schenirer — cofounded the successful and now replicated Sacramento summer student internship program, “Summer At City Hall,” agreed with Herczog that the seal should not become too exclusive.

The goal should be “every student should graduate with a civic badge, or as many as we can encourage to do so,” she wrote in an email. “I might discern between those who have had extraordinary experiences (leading, long-term volunteering or advocating for a policy change) with a gold badge and those who have just met some basic but important threshold (registered to vote, taking all the basic coursework, volunteering a certain number of hours, attending a city council or school board meeting) with a silver badge.”

“I also think the badge can measure some basic skill attainment: speaking in public or presenting an argument, working in a team, knowing structure and function of three levels of government, developing a public service announcement using media, active listening, knowing different forms of advocacy, presenting on a current event,” she wrote.

Sacramento County Superintendent David Gordon, who serves with Herczog on the Power of Democracy steering committee, said he’d like to see some form of badges awarded starting in elementary and middle school, so that there is a “progression early on giving kids experiences in how to make the community stronger and how are institutions are run.”

“We’ve got to reach all students; far too much is at risk in not having all of them involved,” he said.