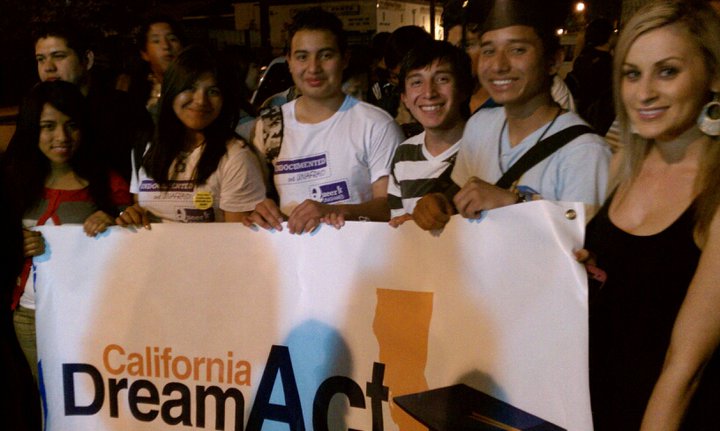 As fears mount about a federal crackdown on undocumented immigrants, a growing number of California school districts are trying to reassure students they will be able to attend school without the intrusion of federal authorities.

“I strongly disagree with President Trump’s recent immigration order and want to make sure that our students and families who are refugees and Muslims feel safe and protected in our schools,” Torlakson said. “California public schools welcome all students regardless of their heritage, religion, ethnicity, background, disability or sexual orientation…. Diversity is California’s strength. We do not just welcome diversity. We celebrate it. An ill-conceived presidential executive order is not going to change that.”

The California Department of Education does not track school board resolutions, but according to an EdSource survey of the state’s 25 largest districts, nine have passed resolutions declaring they would protect immigrant children. Those resolutions may have federal repercussions after President Donald Trump signed an executive order on Jan. 25 threatening to withhold federal funding from “jurisdictions” that have declared themselves sanctuaries for immigrants. The order did not define “jurisdictions” and further states that the secretary of Homeland Security “has the authority to designate, in his discretion and to the extent consistent with law, a jurisdiction as a sanctuary jurisdiction.”

Long Beach Unified is working on a resolution to bring to the board within the next few weeks. Following the Nov. 8 election, Superintendent Christopher Steinhauser issued a note to immigrant families saying, “I would like to reassure these students and their families that we will not deny services, and we will not participate in enforcement actions, based upon immigration status.”

In Fresno, a group called Mi Familia Vota has gathered 700 signatures urging the Fresno Unified school board to adopt a safe-haven resolution. They hope to present the petition to the board later this month.

“Some children are afraid to go to school, or have stopped attending altogether, out of fear of being deported,” said Samuel Molina, state director of Mi Familia Vota and a Fresno resident. “Schools need to be supportive of students and show that they’re not going to act as arms of federal immigration enforcement.”

Of the remaining largest California districts, 11 have taken no action specifically aimed at protecting immigrant students.

School boards started passing resolutions to protect immigrant children about a decade ago as anti-immigrant rhetoric began to escalate around the country. After Trump was elected, more districts passed resolutions, and others are planning to. Although the wording of the resolutions varies, most contain clauses preventing federal immigration agents from coming onto campus without permission from the superintendent and prohibiting school staff from providing students’ names to immigration officials.

Some district leaders said they were undaunted by Trump’s order, and do not plan to reverse their positions despite the threat of funding cuts.

“We’ll fight this in court if we need to. The Constitution is on our side,” said Steve Zimmer, president of the Los Angeles Unified School District Board of Education. “And we’ll resist publicly. We’ll turn to foundations for funding. We’ll ask the voters for help if need be. … But we will stand by our decision to be a sanctuary district and affirm it at every juncture.”

The Los Angeles Unified School District, by far the largest in the state, also provided guidelines for teachers on how to teach lessons on the sanctuary city movement, non-violent disobedience and civil rights. The K-12 guidelines, written by the Anti-Defamation League, include vocabulary words such as “bulwark,” “refugee” and “detention,” essay topics and tips for leading class discussions on current events and students’ own experiences.

Some districts, such as Oakland Unified, are also offering referrals to free or low-cost legal groups that can help families complete immigration paperwork or fight deportation.

In addition to the potential loss of federal funding, some district officials fear the Trump administration will revoke the Deferred Action for Childhood Arrivals program, which provides temporary protection against deportation and the ability to work in the United States. The program applies to some immigrants brought to this country before they turned 16.

Although Trump’s executive order isn’t clear on which sanctuary jurisdictions would be affected, a loss of federal funding would have a significant impact on California schools. The federal government sent California schools about $7.5 billion in 2014-15 – about 10 percent of the state’s overall school budget – to pay for special education, lunches for low-income children and Title I programs intended to help low-income children, among other programs.

Torlakson declined last week to comment directly on Trump’s threat to withhold federal funding from sanctuary jurisdictions. So far, his office has not heard from the Trump Administration on the matter, according to Peter Tira, a spokesman for the California Department of Education.

“We are ready and willing to work cooperatively with the new administration at the U.S. Department of Education on any and all issues concerning California’s public school students,” Tira wrote in an email to EdSource. “At this time, we have received no communication from the federal government on this specific issue, and we do not engage in speculation.”

Some districts responded to Trump’s anti-immigrant stance before he took office, sending letters to parents affirming their schools’ commitment to tolerance, inclusiveness and safety.

Riverside Unified’s superintendent, David Hansen, issued a letter just after Nov. 8 reassuring parents that the district “wants all our students to feel secure,” and encourages students who feel “fearful or overwhelmed” to speak to a trusted adult or school counselor.

The district also hosted two workshops for families to learn more about immigration law from representatives from the Mexican and Guatemalan consulates as well as the schools’ police chief. The board is expected to vote on a resolution in about a month.

“We want to reiterate that the City of Riverside and our schools are a safe place for learning. We don’t want our students to come to school in fear,” said Justin Grayson, spokesman for Riverside Unified.

San Jose Unified is one of the districts that’s continuing to strengthen its protections for students as a result of Trump’s recent statements. After the Nov. 8 election, Superintendent Nancy Albarran sent a letter home to parents, in English and Spanish, assuring them their children would be safe from potential harassment and deportation at school. Last week the district began crafting a formal resolution affirming protections for immigrant children, likely to be taken up by the board in February, according to spokesman Peter Allen.

“The district has a long-standing policy of not asking students or families about immigration status,” he said. “We’re very conscious that we’re living in uncertain times. We want to make sure students and their families know that their safety and comfort is our top priority.”

In December’s letter to school district leaders, Torlakson urged schools not to collect or maintain documents related to immigration status in order to determine whether a student resides within a school boundary, but instead use pay stubs, baptismal records, property tax receipts or other documents.

“California serves 6.2 million kindergarten through 12th-grade students with the most diverse population in the nation,” Torlakson wrote in his December memo to superintendents, principals and charter school administrators. “Parents should know they are welcome on our school campuses regardless of their immigration status.”