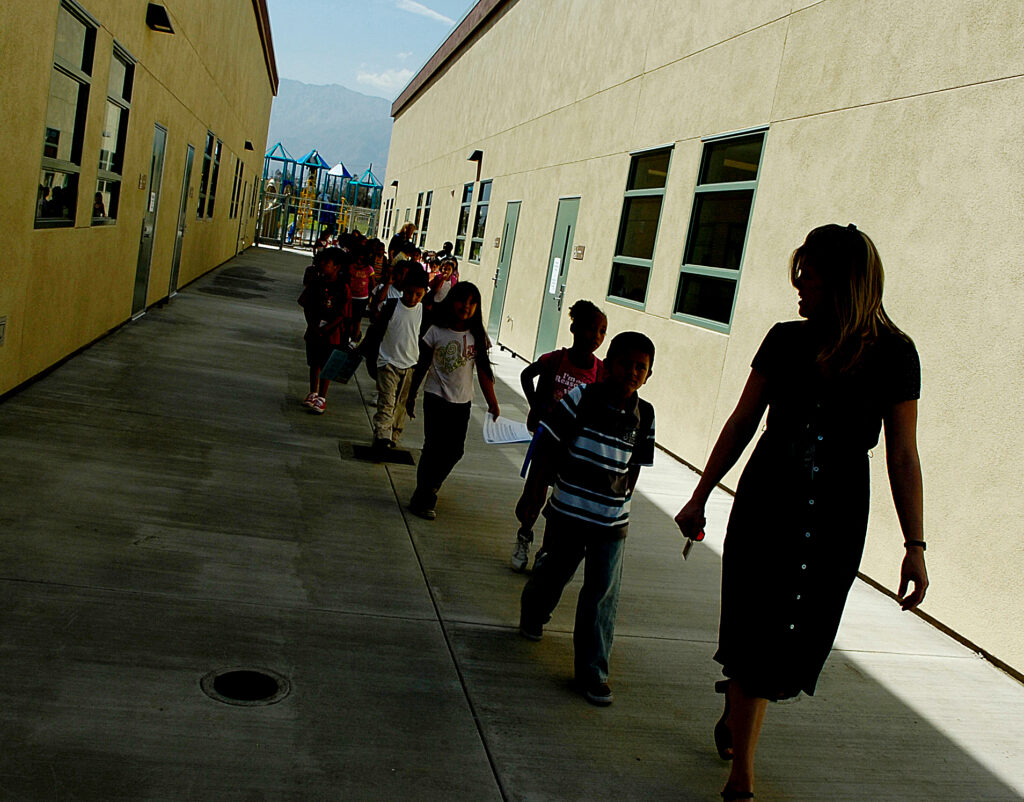 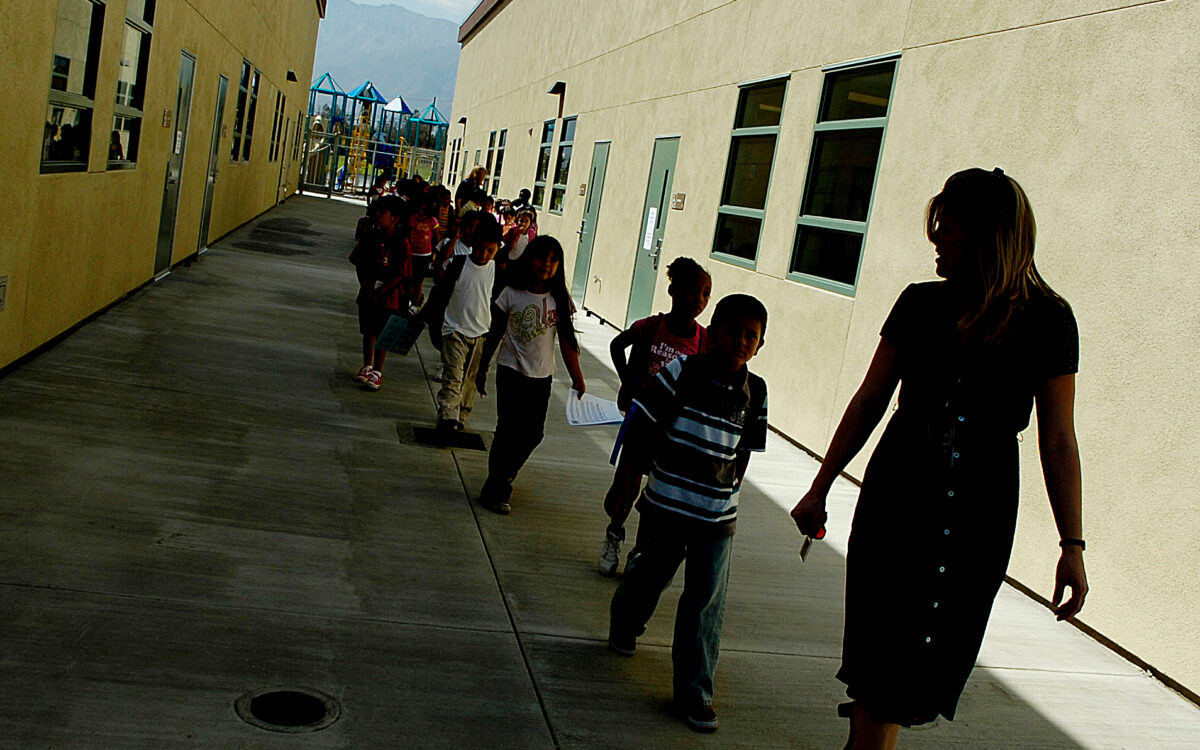 “As we mourn and remember the victims of today’s school shooting tragedy, we will continue to instill safety and vigilance in making our campuses as safe as possible,” Steven Zipperman, chief of the Los Angeles Unified School Police, said Monday. “While no educational institution can ever be 100 percent safe from an intruder or other safety threat, maintaining vigilant planning, preparedness, response and recovery protocols can help prevent and mitigate tragedies.”

In Monday’s incident, 53-year-old Cedric Anderson of Riverside visited North Park Elementary School, checked in at the front office, and then fatally shot his estranged wife, Karen Smith, in the special education classroom where she was teaching. An 8-year-old boy, Jonathan Martinez, was also killed, and a 9-year-old is hospitalized in stable condition.

Everytown for Gun Safety, a nonpartisan group that supports reducing gun violence, has tracked 113 school shootings since 2013. It began tracking school violence after the Dec. 14, 2012 shooting rampage at Sandy Hook Elementary School in Newtown, Ct., that left 20 children and seven adults dead, including the gunman. The city of San Bernardino is still recovering from another shooting, on Dec. 2, 2015, that left 14 people dead at a regional center.

Although school shootings are relatively rare, elementary schools are seen as particularly vulnerable because they usually lack metal detectors and security guards or on-campus police. Most school guards and resource officers work at middle and high schools. To control their campuses, elementary schools often have a single point of entry.

“My understanding is he came in, he signed in and the staff was cordial to him because they recognized him,” she said. “They knew who he was. He told the staff he was bringing something to his wife that she had forgotten. There was nothing to indicate that there was any reason they should not allow him back there.”

No one in the district was aware of the couple’s estranged relationship, Garcia said. However, they wished that she had been willing to confide in someone.

“Unless we know, we can’t help or do anything,” she said.

After the Sandy Hook shootings, Garcia said the district thoroughly reviewed its safety plans and trained staff in how to deal with campus threats.

“We learned if the threat is inside, you do what you can to get the students as far away from the threat as possible, which was exactly what our teachers did,” she said. “They evacuated the students to the playground.”

Still, in the wake of this incident, Garcia said the district would again review its safety and security protocols and procedures.

“Our motto is: ‘We’re the best at getting better,’” she said. “There are going to be lessons learned out of this tragedy. It will not be in vain.”

Since the deadly shootings at Columbine High School in Colorado in 1999, California schools have enacted safety protocols meant to protect students and staff from gun violence. State law requires all public schools in California to have safety plans in case of an emergency, and for those plans to be updated annually.

State Superintendent of Public Instruction Tom Torlakson said Monday’s incident was a reminder for schools to update their plans.

“As we grieve for those who died or were injured, this is also a time to remind all California public schools to make sure they annually update their mandatory school safety plans,” he said, noting that the state Department of Education provides safety guidance for schools and waivers for schools affected by emergencies.

The California School Boards Association provided a list of trauma and safety resources for schools, along with guidance for safety plans and campus security.

Since Columbine, most schools in California have updated their safety protocols to require all visitors to check in at the front office, and enact evacuation and shelter-in-place plans in case of a crisis. Some schools also have fences, surveillance cameras, additional school police and security guards, and special emergency training for all school staff. The state does not track schools’ individual safety plans, and each district has leeway as to how such plans are funded.

Staff training might be the most important element of any school safety plan, said Kenneth Trump, president of National School Safety and Security Services, a school safety consulting firm based in Cleveland.

“We’re really encouraging schools to balance their security and emergency planning with not just hardware, but the human aspect of school safety,” he said. “We ask: ‘What plans did they have and did they follow them or did they not have any plans at all?’”

Instead of focusing mainly on fortifying buildings, Trump said school officials should also invest in training staff how to deal with people who may not be welcome on campus, the development of crisis teams, and partnerships with first responders. In addition, he said staff members should be encouraged to share with administrators their personal issues that could threaten their safety on campus.

Schools should also create visitor protocols, such as directing a teacher to meet a visitor in a conference room instead of in a classroom full of children, he said.

“We can’t expect every school to have a SWAT team. … You don’t want to scare students to pieces,” he said. “School is still the safest place for children to be. There’s a much greater chance of a student being harmed in their communities or at home.”

He noted that Sandy Hook had safety procedures in place. And the San Bernardino shooter had checked in to the front office, as required.

Every school should provide staff training, visitor screening protocols, emergency evacuation and shelter-in-place plans and a “threat assessment” team made up of school staff, local law enforcement and mental health professionals, he said.

“It’s difficult, if not impossible, to prevent all school crime,” he said. “But schools can be expected to provide a reasonably safe environment for everyone.”