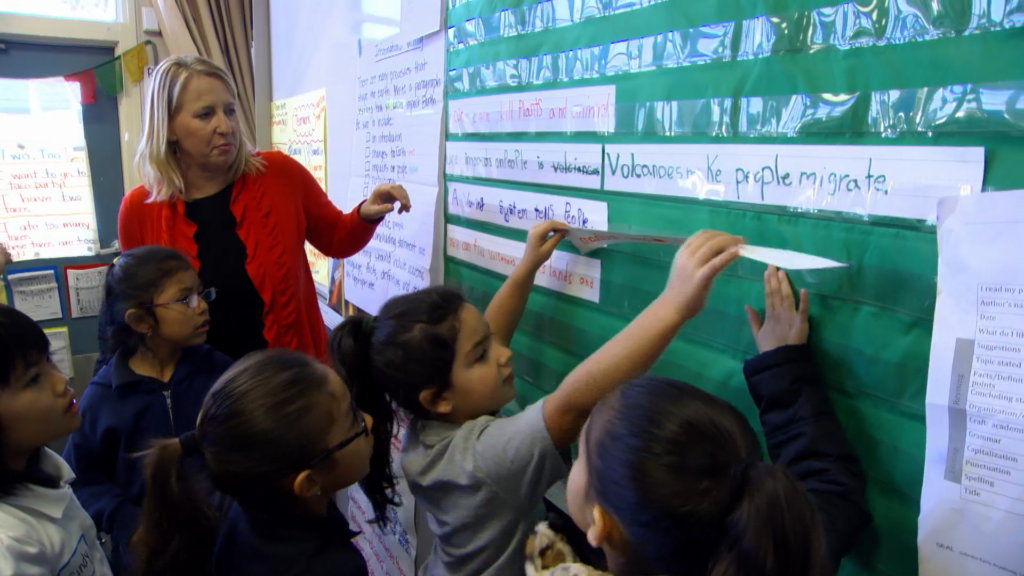 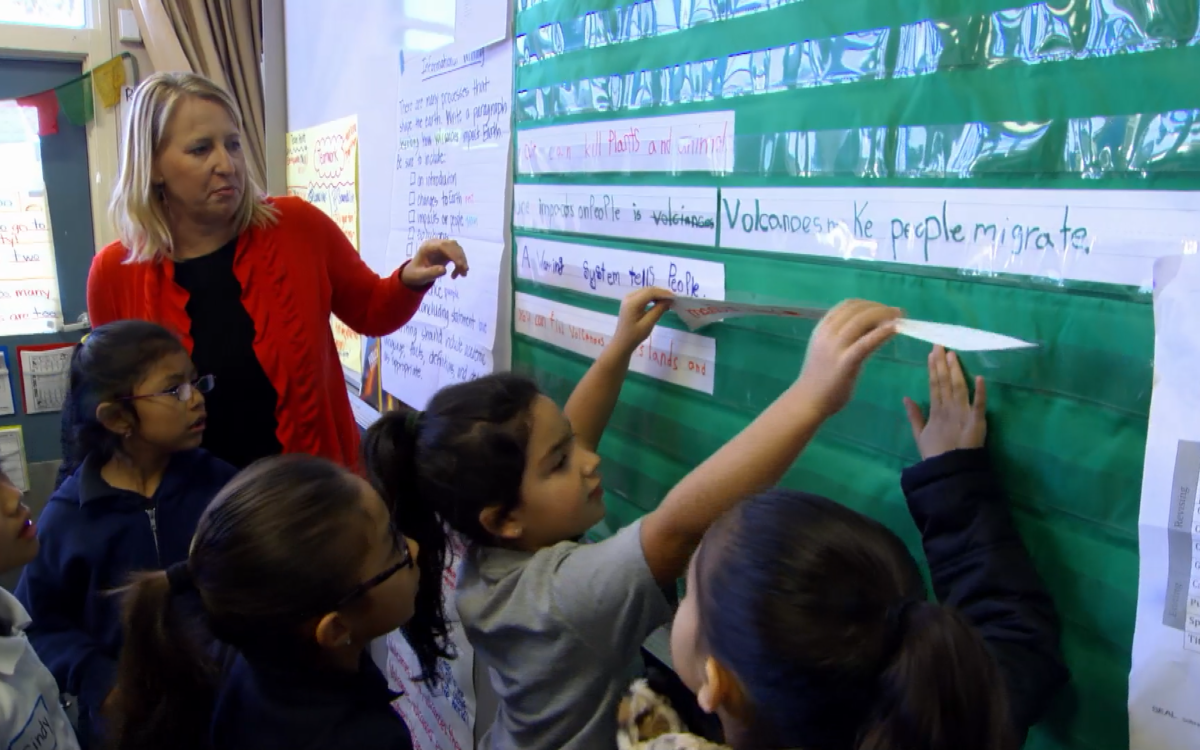 English learners can dramatically improve their science skills when teachers blend science lessons with language instruction, according to a new report released by an Oakland education nonprofit.

The report identified six districts with innovative science programs – ranging from Calipatria Unified in Imperial County to Oak Grove in San Jose. It found that in those schools, English learners scored close to, or in some cases even exceeded, their English-proficient peers on standardized science tests. In some cases, they scored three times as high as English learners at schools where science is taught very little, not at all, or in a way that’s difficult for non-English speakers to follow.

“You don’t have to wait until a kid is fluent in English to teach them science,” said Sarah Feldman, coauthor of the report along with Verónica Flores Malagon. “If you weave together science and language, kids can learn it now and in fact do very well. That’s pretty amazing.”

The 24-page, yearlong study, “Unlocking Learning: Science as a Lever for English Learner Equity,” was prepared by The Education Trust–West and funded by the S.D. Bechtel Jr. Foundation and the Bill & Melinda Gates Foundation. Researchers interviewed experts, sat in on classes, examined test scores and demographics, and focused on six districts with large English learner populations that have seen science test scores rise after introducing innovative science programs.

The study, released Thursday, concludes that districts throughout California can close the science achievement gap between English learners and their higher-performing peers by preparing elementary teachers to give regular, engaging science lessons, offering tests in students’ native languages and adopting the Next Generation Science Standards, among other steps.

Currently, some schools, particularly those in low-income areas where immigrant children are more likely to reside, provide scant science instruction because the schools lack the money for lab equipment or the teachers haven’t been trained, according to the report. At the elementary level, science instruction is encouraged but not required.

Another hurdle is that English learners are sometimes pulled out of class for language lessons, and science is among the subjects they might miss. That wouldn’t be tough – California’s 4th-graders get an average of just 27 minutes a day of science education, according to a 2015 Ed Trust–West study.

Compounding these challenges is a dearth of science classes at the high school level. Statewide, 58 percent of high schools offer chemistry, 51 percent offer physics and only 7 percent offer advanced math classes such as calculus and trigonometry.

But learning science can be an effective way for English learners to improve skills in all areas, not just science, according to the report. By conducting science experiments in a team, students can practice their English conversation and problem-solving skills. Recording results in a science notebook encourages reading and writing in English. And science experiments, along with charts and graphs, are an easy, hands-on way for students to learn new vocabulary and math, the report found.

“Language is about communicating and sharing ideas. What better way for English learners to improve their skills than to talk about the interesting things they’re doing in science?” said Anya Hurwitz, deputy director for the Sobrato Early Academic Language Model, a nonprofit that works with 16 school districts in California on English language learning in classrooms. “Kids have naturally scientific minds. They all want to know what happens when it’s raining, regardless of their native language.”

One out of every five children in California is an English learner, said Feldman, director of practice at Education Trust–West. These children must have high-quality science education if California is to remain a leader in science, engineering and technology, she said.

“The stakes are huge,” she said.

EdSource receives support from the S.D. Bechtel Jr. Foundation and the Bill & Melinda Gates Foundation. EdSource maintains sole editorial control over the content of its coverage.