Great Degree / Flickr
Some officials and parents at University of Southern California were implicated in the admissions scandal.

Great Degree / Flickr
Some officials and parents at University of Southern California were implicated in the admissions scandal.

Dr. Corinne Hyde, associate professor at the University of Southern California’s Rossier School of Education, is spreading the word about a new USC Rossier Online Teachers Guide to the Common Core State Standards that can be used by anyone interested in learning more about the standards. She spoke to EdSource recently about why the university created the guide to standards in math and English language arts. In addition, Hyde talked about the challenges teachers face in implementing the standards effectively, controversy surrounding the standards nationwide, tests and curriculum materials.

Q. Do you believe the Common Core standards are controversial?

A. We’re in a period of transition in the country. There’s been a lot of controversy about education and what’s going to happen. One of our big goals here is to make sure teachers understand and are literate about what Common Core actually means – and how it’s impacting education on a national level – and also in their states. Parents also need to be able to have these conversations because I think everything gets stronger when everyone is literate. With the recent confirmation of Betsy DeVos (as Education Secretary), people were posting on social media, ‘Oh, great, now she can repeal Common Core.’ That’s not how this works. There are a lot of misperceptions on Twitter and Facebook. In talking to some people and engaging with educators on social media, I’m seeing a lot of uncertainty. The people who are teaching teachers in programs such as ours understand Common Core really well, and so do a lot of teachers that have been teaching for a while in schools. But, I think a lot of new teachers are not as sure about it. And parents just get tangential exposure. They might read a news article, but they’re not eating, sleeping and breathing Common Core the way a California English teacher is. 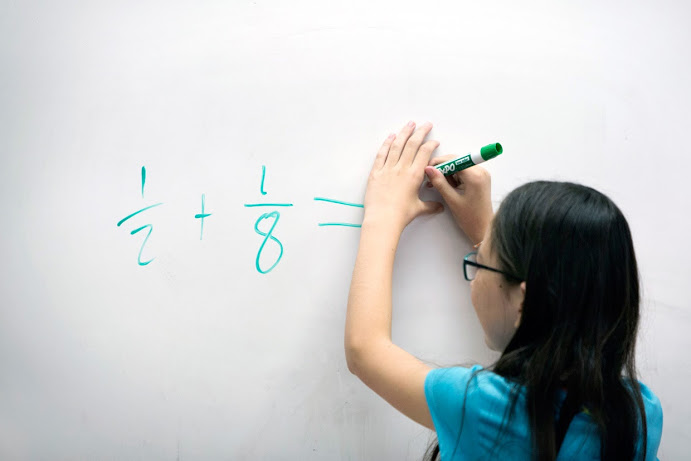 Q. How would you evaluate Common Core implementation in California?

A. We have kind of a chronic problem, really nationally, in the field of education, where teachers – especially veteran teachers who have been in the classroom for a very long time – have seen program after program come and go and they become hesitant to really go into something new. They say, ‘Something else is going to be rolled out again.’ And teachers who have been in the classroom a long time are finding that, oftentimes, changes are not accompanied by really comprehensive materials. Professional development is another big issue. There really is a gap between what teachers already know about the Common Core and what they need to know to really implement it effectively. There’s a difference between understanding what it is and really knowing how to shift your teaching to reflect that. This is not the fault of the teachers. This is an issue where teachers are given very little time for professional development. Any free time they have is usually devoted to grading and all the other bureaucratic things that go along with teaching. So, there hasn’t really been a coherent, well-funded, fully resourced approach to making sure teachers have the professional development they need to really fully implement the Common Core the way it should be implemented. The good thing is: for the best teachers, Common Core is just reflecting what they’ve been doing all along – really high-level, intense, engaging instruction. It’s just that now, the state is doing a better job at requiring this.

Q. How can your teachers guide help people better understand the standards?

A. A lot of my new teachers weren’t in the education system when Common Core came around. The guide gives a really great breakdown of the history of it and an overview nationally. We teach teachers all over the world, not just all over the country. So I can say to my students, ‘Even if you’re not in a state that adopted Common Core, it is relevant to the education conversation.’ The guide also talks about assessments. And one thing I really like is it covers talking with parents. There was a lot of backlash about the Common Core – criticism of Common Core math or Common Core questions that looked like they didn’t make sense. But this really talks to you about, ‘What is Common Core actually?’ Common Core is different than the textbooks that schools use. A lot of parents don’t really understand that difference. The guide explains what the differences are. Now, math problems are more conceptual and analytical. Along the sidebar of the guide, you can see animated examples of how problems used to look and how they look now.

Q. What are some of the differences between Common Core English language arts standards and previous state standards?

A. With English, we’re looking at much more of an analytical approach – a more diverse approach to different types of texts. There is emphasis on not just literature and fiction, but informational texts – reflecting the fact that there are a lot of different kinds of reading that happen now. It’s not as much about being able to bubble in the correct answer, but is much more about being able to interpret or do analysis. (The USC guide identifies four strands of English language arts instruction, a dozen skills students are required to demonstrate to be considered “college and career-ready,” six major shifts in the standards, and a breakdown of text types that should be used in elementary, middle and high schools according to the Common Core.) 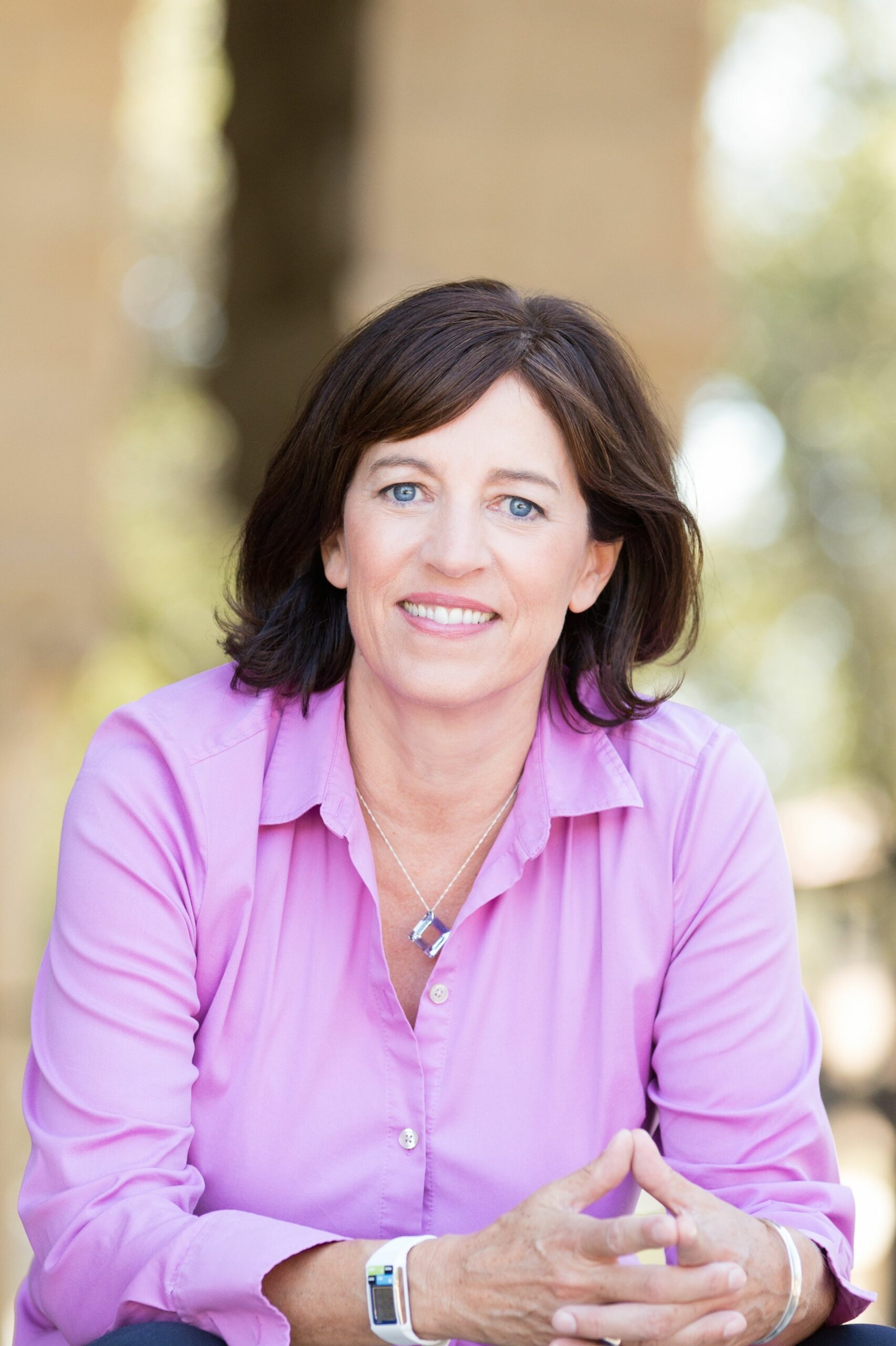 Q. What are some of the differences in math?

A. With Common Core math, it’s much more about understanding the concepts behind the math, then using the algorithms to represent those concepts and get the answer. So it’s taught differently, but it’s much more grounded in research about how people understand these things and how people learn them. (The USC guide identifies eight student skills required by the Common Core math standards and six shifts in the standards.)

A. I draw a bit of a line between Common Core standards and the state assessments and textbooks that go with Common Core. I see those as being different things. Common Core itself, I think, does a great job of presenting the kinds of knowledge and skills students need to be prepared for whatever kind of world exists by the time they graduate – to really go out into the world with more critical thinking and higher order cognitive processing abilities. But, I don’t think we necessarily have figured out the right way to assess that. I think we run into a lot of challenges in trying to use standardized tests to assess higher order thinking skills and cognitive processes. Tests are often very stressful and anxiety-inducing and don’t always really accurately assess students. And we still see a pretty big achievement gap happening on these assessments, based on socioeconomic status. So, I think there’s a lot of work still to be done in terms of the materials and the assessments, but I think that Common Core itself is a big step in the right direction for establishing really high standards, not just, ‘Let’s make sure you know facts,’ but thinking critically and learning to create and innovate.

A. I’m a textbook hater in general. I think in general that there’s not ever going to be a textbook published that can effectively incorporate a lesson plan that can meet the needs of all your students. The only one that can is the teacher teaching the class. So, I think even the very best materials always have to be modified by the teacher to meet the needs of students. There’s just no way a textbook author can know the varying needs of the students in your class. An additional challenge is that the materials produced for Common Core are at grade level. But often, students in third grade are not working at a third-grade level, and teachers end up spending a lot of time modifying lessons – or having to throw them out altogether – to meet students at their level so they can work to bring them up to grade level. A lot of times as a teacher, it’s easier to come up with something on your own rather than trying to take something and shoehorn it in to fit your needs.

I’m a textbook hater in general. I think in general that there’s not ever going to be a textbook published that can effectively incorporate a lesson plan that can meet the needs of all your students.

Q. How do you recommend that teachers create standards-based lesson plans tailored to their students’ needs?

A. One thing we do in our program and that I do in my class is I teach students how to start with a state standard and take that through the whole process. You use that to develop your learning objectives. You use those to develop classroom activities and assessments. You figure out how you’re going to reflect on all of this and determine what will happen next. In most teacher education programs, we teach how to write lesson plans not off of a particular textbook, but we say, ‘Go out into the world and find what works for teaching long division, or whatever it is, and figure out a way to teach it that is aligned with standards and can be engaging. In any teacher education program worth its salt, students are going to come out having written lesson plan after lesson plan. We also encourage teachers to build a Personal Learning Network, so you’re not working in a vacuum. You have other teachers in your school. You can network on social media. And we encourage them to come back to us too. We will help them to make connections and to beg, borrow and steal the best stuff out there. There’s no need to reinvent the wheel every time. I could go online and probably find a pretty great lesson for learning long division. Then, you decide which one is an appropriate lesson to use.

Q. How has the USC guide to the Common Core benefitted your students?

A. I’ve gotten a lot of really wonderful feedback on it. I teach a first term course in our program and my students have told me that it really helps to make more clear what Common Core is and what it is not, and how it will affect their individual state. Students can come back with additional questions and can keep accessing it into student teaching and when they are out in classrooms of their own. I’ve heard back from some who have graduated from the program and are in classrooms and they’ve told me it’s helpful to them working with parents.