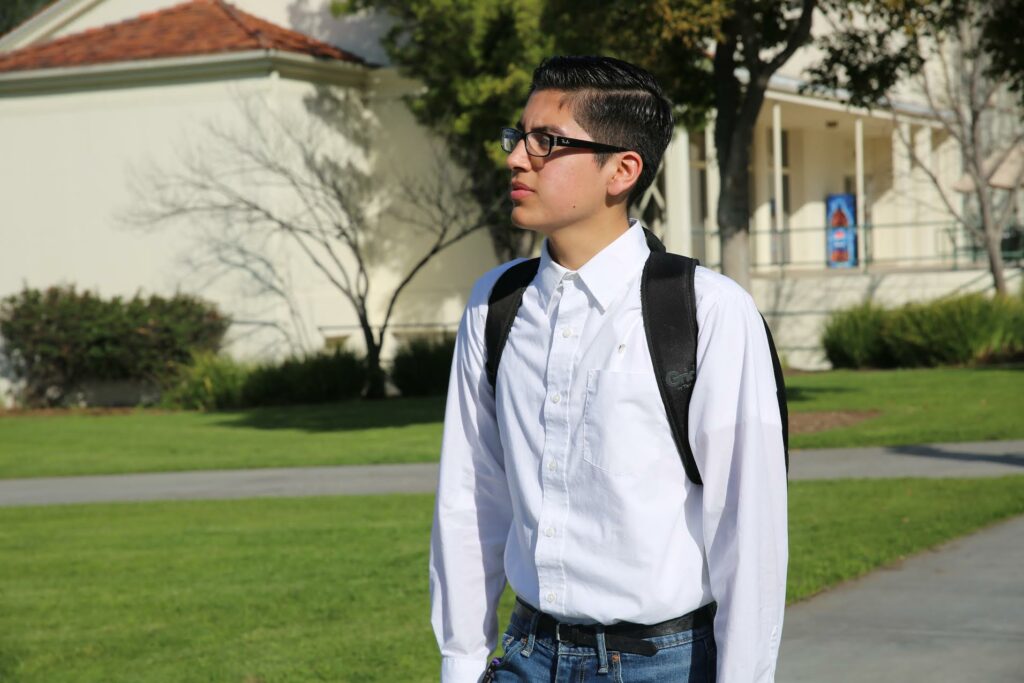 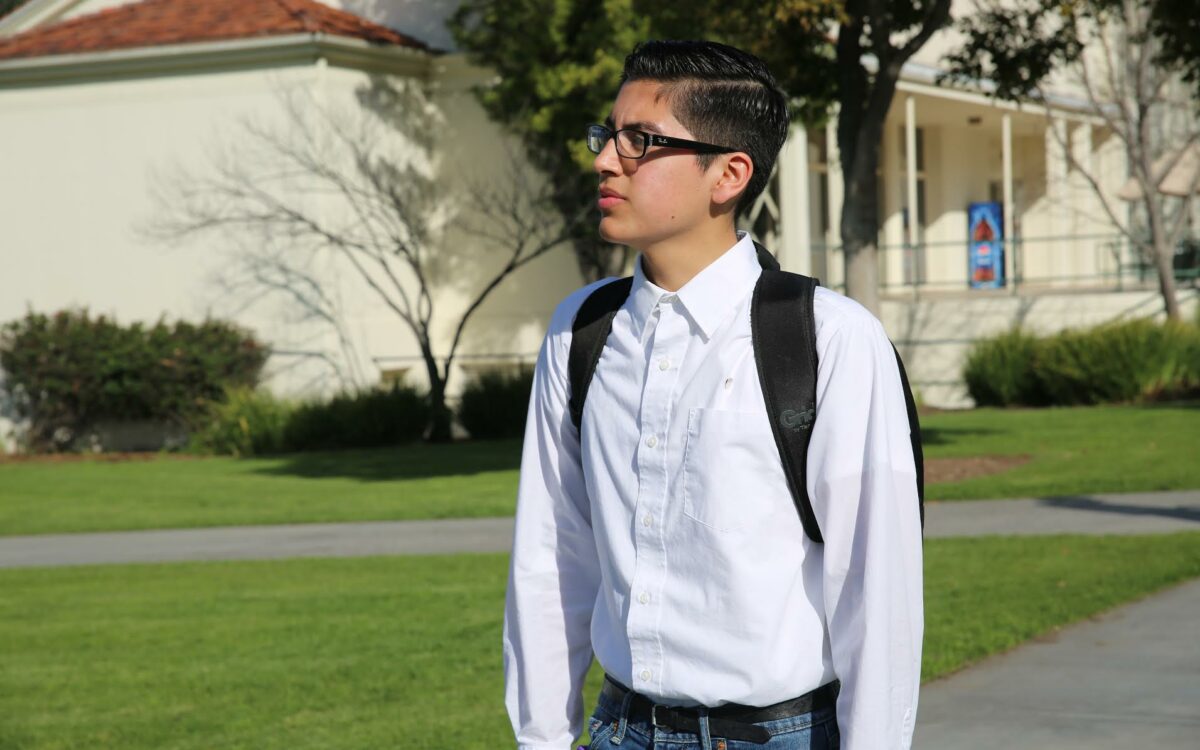 Manuel Herrera relies on an array of federal, state and campus aid to help pay his tuition at Whittier College, a private liberal arts campus where he is a pre-med freshman. Among his most important scholarships is a $9,084 per-year Cal Grant, a state-funded subsidy for low- to middle-income students.

Without that Cal Grant, Herrera said, he would find it difficult to cover his costs even though he saves money by living with family and commuting to school. With the grant, he said, he was able to turn down admission offers from public California State University and University of California campuses in favor of the smaller, more intimate college he sought.

However, future private college students may not get the same level of help. A possible reduction in the size of the Cal Grants that can be used at independent campuses may be in the works even as Cal Grants for CSU and UC students are expected to rise. That cut would not affect students like Herrera who are already enrolled and can keep their current grant levels through graduation. However incoming students this fall and after may have it tougher at Whittier and about 90 other private colleges and universities in California.

Following a much-debated and delayed legislative plan, Gov. Jerry Brown’s recent budget for 2017-18 calls for a $1,028, or 11 percent, drop in the maximum size of those Cal Grants starting in the fall for new students at private campuses.

That proposal is at the center of a political and financial debate in California about how much taxpayer-funded financial aid should be used at independent colleges and universities. The discussion also puts a spotlight on a fact that may not be widely known outside of financial aid circles: most states have similar programs aiding students at private schools.

About 28,000 California students now receive those grants and use them at colleges across the state ranging in size from mega-universities such as the University of Southern California in downtown Los Angeles to small ones like Whittier, a 1,700-student school in eastern Los Angeles County that was founded by Quakers and named after the poet John Greenleaf Whittier.

In reaction to the recession’s devastating impact on the state budget, a series of reductions to these Cal Grants for independent schools were approved by the Legislature five years ago. In 2012, the maximum dropped from $9,708 to $9,223, and the following year went down to $9,084. But since then the Legislature has postponed another scheduled reduction.

Now, Brown seeks to return to the plan and go down another 11 percent, to $8,056, for the upcoming fall. Brown’s position on those Cal Grants is part of cautionary belt-tightening “in the face of a projected deficit, and maintaining spending on key priorities,” according to a statement from H.D. Palmer, a spokesman for the state Department of Finance.

The annual savings are expected to be about $7.4 million the first year, and should increase as students with the larger grants finish school, according to the California Student Aid Commission, which administers the program. In all, those Cal Grants for private schools are estimated to cost taxpayers about $240 million a year, the commission estimated.

Not surprisingly, independent colleges are lobbying hard to avoid the cut. Among their efforts, students and faculty are going to Sacramento to plead the case with lawmakers.

Officials of independent colleges say it makes economic sense to maintain the Cal Grants at the current level because it would cost taxpayers more in various subsidies and facilities expenses to enroll those students at a CSU or UC. In addition, encouraging students to attend private colleges eases overcrowding and admissions pressures at state schools, they add. And they contend it is an efficient investment since Cal Grant students at private colleges graduate in four years at relatively high rates, especially compared to CSU.

The proposed cut would have “a chilling factor on the college enrolling low-income students. That’s something to worry about,” said Kristen F. Soares, president of the Association of Independent California Colleges and Universities, an organization that includes 65 colleges that enroll Cal Grant recipients.

In what she described as “a partnership” with state and federal financial aid sources, her member colleges on average award about $18,000 in their own additional grants to students who receive the Cal Grants, Soares said. While some schools have large enough endowments to make up the difference if the Cal Grants are reduced, many colleges “cannot afford to backfill in for a thousand dollars. And for students to pay that would be a significant increase,” she said.

The private colleges have important allies in the Legislature. Assemblywoman Autumn Burke (D-Inglewood) has introduced a bill, AB 1166, that would avoid the cuts and then increase those Cal Grants over the next five years under a formula linking the increase to a percentage of state general revenue funding for students at UC and CSU and tuition rates there. That is similar to a formula used before 2000. The state Legislative Analyst also recently recommended that such a formula be revived, and estimated that the Cal Grants for private colleges could rise eventually to about $16,500 a year. (Maximum Cal Grants this year are $12,294 for UC and $5,472 for CSU, covering all tuition.)

The proposed cut “is a disservice to our hard-working high school students and their families – every student with a willingness to succeed should not be denied their dream college,” said a letter to Legislature leadership from Sen. Ben Hueso (D-Chula Vista), who is chairman of the California Latino Legislative Caucus, and Assemblywoman Lorena Gonzalez Fletcher (D-San Diego), who is its vice chair.

At Whittier College, where tuition is listed at more than $45,000 a year, 467 students receive the Cal Grants and the campus often gives those students additional financial aid, according to Julie Aldama, the campus’ financial aid director.

Since many admissions and award letters already have been sent to fall 2017 applicants, the college is using the current Cal Grant level, without the possible reduction, in financial aid packages, she said. If the cuts occur, students won’t have to make up the loss because the college will pay the $1,028 per-student difference from its own endowment or by reducing spending elsewhere, she said. With strong competition from UC and CSU, Cal Grant funding is very important since “it helps students attend a private institution as opposed to a state one,” Aldama said.

Herrera, the Whittier freshman, said his aid package includes a $25,000 grant from Whittier, a $5,815 federal Pell grant, and $7,900 in various federal loans – as well as the Cal Grant and some work-study funding. His family, he said, cannot afford to contribute.

“I feel if you are given the opportunity to go a private college and they are giving you a scholarship, why wouldn’t you want the opportunity?” he said.

Forty other states offer similar aid, according to the National Association of State Student Grant and Aid Programs. “It is pretty common,” said Frank Ballmann, the association’s director of federal relations. Only New York and Texas spend more money on grants for private colleges than California does.

As in California, the general argument is that without such aid, low-income students would face even more crowded public colleges, Ballmann said. And with the grants, private colleges can have “a more economically diverse student body.”