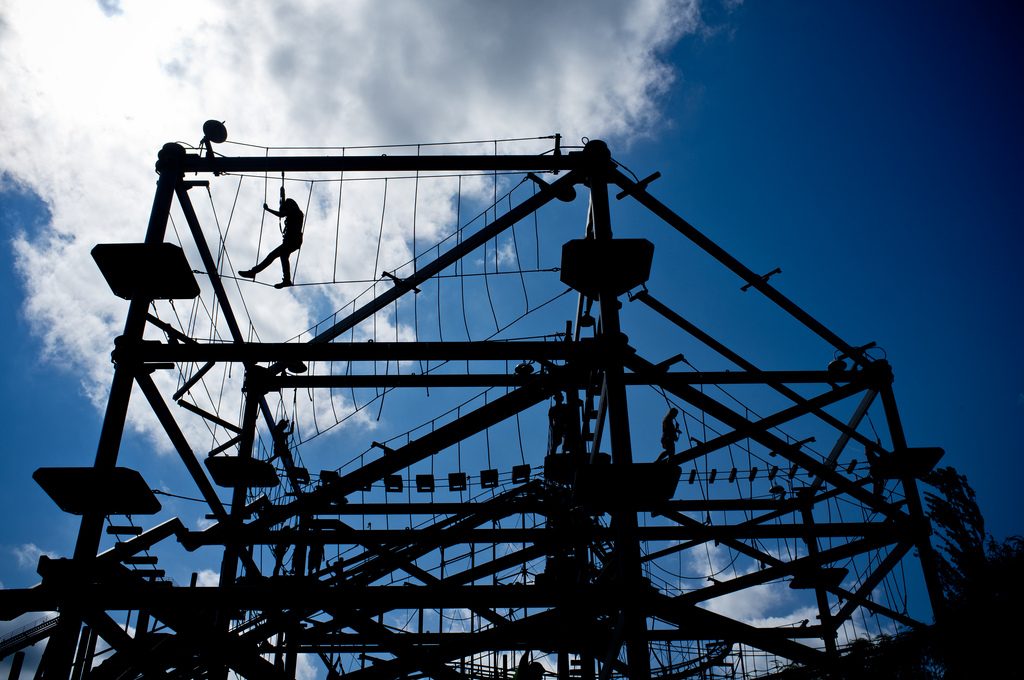 Imagine you’re 16. You’ve just passed your California driver’s test, and you’re lining up to get what you think will be your license. Instead, you’re presented with a form telling you that, though you passed your driving test, your county requires an additional test to be sure you’ll be safe on the local roads. And there’s a waiting period of three months to sign up for the second road test, which is only given twice a year. If you pass it, you may drive on any roads in the county. If you fail, however, you’ll be diverted to a special four-month class to help you become a safe driver.

That’s not altogether different from the math maze that confronts students at some California State University campuses each year.

This is the second in a two-part series on the impact of placement tests in determining what math courses students take in the California State University system. Click here for Part I.

Gov. Jerry Brown has called on California State University to take a deeper look at its policies for placing students into remedial courses. In a report last year, I made a similar recommendation with respect to the CSU system’s math placement test. But, as important as it is, system-level placement reform alone won’t ensure that students get a fair shake in their math lives: At some CSU campuses, even passing the system’s math placement test or completing remedial requirements won’t ensure that students avoid remedial math.

Sacramento State is a prime example. For students who don’t pass the system’s Entry Level Mathematics placement test, remedial math courses are offered by Sac State’s College of Education. But students who succeed in those courses – and even those with passing scores on the placement test – face another hurdle at the doors of the math department: They must pass another test and, possibly, more remedial math before being permitted to take a credit-bearing math course required for graduation.

In other words, at some campuses, students deemed “math proficient” by CSU may still not be eligible for most college-level math courses. Proficiency has generally rested on mastery of the three years of high school math – Algebra 1, Geometry and Algebra 2, though the placement test does not emphasize Algebra 2. That definition may change if the system adopts recommendations made last year by the Quantitative Reasoning Task Force.

Sac State goes further than most: It even screens students wanting to take statistics, requiring them to take an intermediate algebra test, even though most Introductory Statistics classes do not rely on intermediate algebra. Students who don’t score high enough on that test are expected to take an additional remedial algebra course, this time in the math department, before being allowed to take a required college-level math course. And since the screening test, the Intermediate Algebra Diagnostic, is only given at certain times of the year, students may lose a semester or more before enrolling in a math course.

The Intermediate Algebra Diagnostic was developed nearly 40 years ago by Sac State and other public universities in California in response to high failure rates in Calculus. The math faculty historically found the system-mandated Entry Level Mathematics test, as well as associated remedial courses, inadequate indicators of students’ preparation for their courses. As a result, the campus effectively has two remedial math tracks – one in the school of education and another in the math department – and students seeking to take most entry-level math courses are at risk of having to go through both.

Given that placement tests and remedial math courses can be barriers to college completion, it’s essential that their use be educationally sound and properly validated. The intermediate algebra test (a product of the Mathematics Diagnostic Testing Project, a collaboration between CSU and the University of California) was designed for diagnostic – not placement – purposes. As such, the project doesn’t recommend cut scores for placement purposes, so it is up to individual campuses to validate the scores they are using to ensure that students are being appropriately placed.

It is hard to tell whether Sac State has conducted a rigorous validation of its test, as none has been shared publicly. Math faculty appear to think their use of the test for statistics placement is justified by a paper written by two undergraduates and their faculty mentor and published in the American Journal of Undergraduate Research. The paper showed that IAD test scores correlate with students’ subsequent grades in statistics courses. However, so do many other metrics – such as parental income, parent education and family wealth – that few would recommend as a basis for placing students into math courses. What the study didn’t show was whether requiring students to take additional remedial courses increased their chances of success in statistics – or simply weeded them out of statistics (or college) altogether.

Sac State and its sister campuses are free to determine how to serve students who are not performing at a proficient level on the Entry Level Mathematics test, and also to set additional prerequisites for higher-level math. But, as highlighted in my 2015 series, Degrees of Freedom, the resulting inconsistencies raise questions about whether students are being treated equitably.

The system is now considering the recommendations of CSU’s Quantitative Reasoning Task Force, which attempted to address some inequities in proficiency requirements. Its recommendations include opening the door, at least partially, for students to pursue “math pathways” – or sequences of remedial and college-level math courses – linked to their program of study rather than insisting that all students demonstrate mastery of intermediate algebra on placement tests.

But since those changes will be most meaningful if campuses’ local policies mirror them, a further step would be to examine and address barriers posed by math mazes such as Sac State’s.

Right now, less than a quarter of Sac State students can avoid the additional screening: These students opt to take the one course, Mathematical Reasoning, which is open to students on the basis of proficiency on the Entry Level Mathematics test. Every other math course meeting the campus’ graduation requirement exposes students to additional hurdles beyond that test.

Some CSU campuses have found less disruptive solutions to the valid concern about the adequacy of students’ mathematics preparation. Cal State Northridge, for example, has designed a “corequisite” pathway: Rather than a remedial prerequisite preceding College Algebra, for example, the campus allows students who don’t pass their screening test to enroll in College Algebra, while simultaneously taking a one-unit add-on course to help them succeed. This approach allows students to move forward in their math pathways – and it doesn’t apply to students enrolling in statistics courses.

Perhaps ironically, Sac State has been a pioneer in this very area, having developed a model high school senior year course with nearby Sierra College as well as area high schools. The partnership was a recipient of a California Math Readiness Challenge Initiative grant this past year for implementing and evaluating the course. Though the high school course was designed to help students avoid remediation, even students who succeed in it are not exempt from additional screening when they get to Sac State.

These misalignments don’t serve students well, especially if they cause students to take remedial courses unnecessarily. That only contributes to the cost of higher education and decreases students’ chances of completing college. In re-thinking their math requirements and tests, CSU campuses should focus on moving students along pathways and tearing down the math maze.

This is the second in a two-part series on the impact of placement tests in determining what math courses students take in the California State University System. Read Part I here.