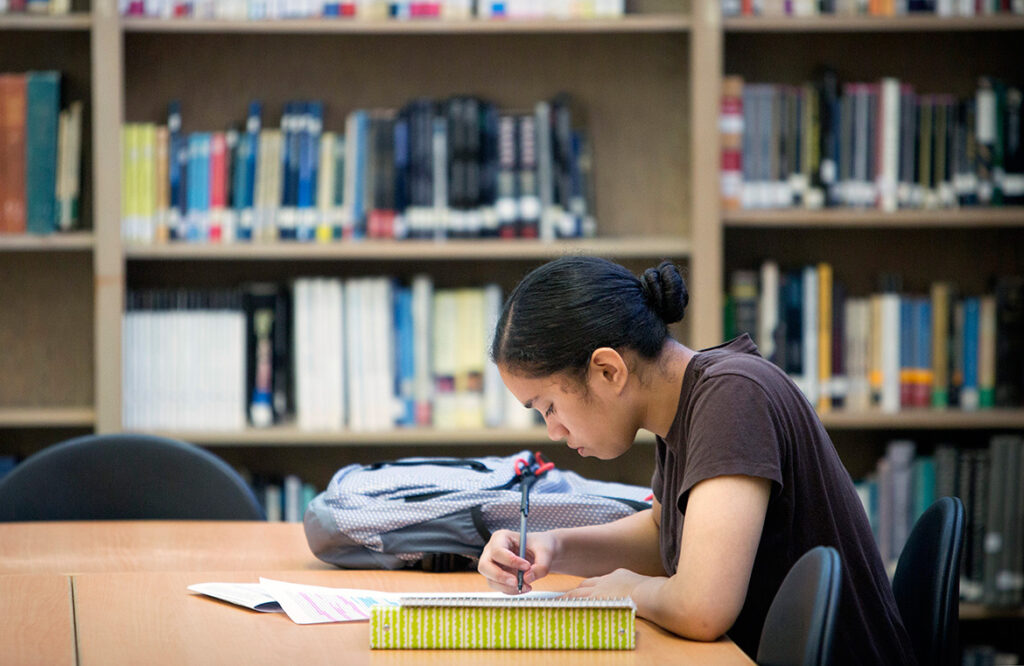 Oakland’s charter schools enroll students who are more academically prepared than students who attend district-run schools, giving city charter schools an edge on the question of which kind of school excels at educating its students, according to a new analysis of the city’s public school landscape.

The study was considered especially noteworthy and has statewide significance because 30 percent of Oakland students attend charter schools – one of the highest concentrations of charter students in California.

These results, which use test score data from 2014-15 and enrollment data from 2014 to 2016, shed new light on the differences in student populations enrolled by charter and district-run schools. While typical comparisons of the two sectors examine the cultural and economic backgrounds of students or even how those students perform on state tests once enrolled, the analysis in this report goes deeper to spot differences among students before they enroll in either a charter or district-run school.

Underscoring that point, the report, released by Oakland Achieves Partnership and Education Resource Strategies, found that charters and district-run schools enroll similar levels of low-income students and those learning English – with charters enrolling slightly more of each type of student.

Asked why charters tend to enroll students more academically prepared, Dr. Louise Waters, CEO of Leadership Public Schools, a group of charter schools in Oakland and the surrounding area, said that “the better your outcomes get, the more people that want to come.”

Academic performance in district schools is also affected by the fact that they are more likely to enroll students with special needs and those entering the school year late who tend to be academically behind.

Seven percent of Oakland’s district-run schools include students who entered the school Oct. 1 or later; for charters, that figure was around 2 percent. Many students enrolling later in the school year are thought to be new immigrants or those who just exited the justice system. Both groups are usually further behind academically. The researchers of this report said in an interview that they don’t have complete demographic data on these students, however.

It’s also clear that district-run schools enroll more students on average than charters, which may help explain why charters are less likely to take in students who enter the school year late.

Average enrollment per type of school in Oakland, by sector (district-run or charter)

“As charters it’s time that our sector takes responsibility for equity and cost for all public schools, not just in our individual charters,” Waters said. “Some charters are doing a great job of serving students of all needs. … however other charters could be doing a lot more.”

District-run schools in Oakland are also more likely to enroll students with disabilities. According to the report, 12 percent of the Oakland Unified School District’s students are in special education programs while the same is true for 7 percent of the city’s charter students.

“As a sector, we have to be willing to not only partner with the district and view all students as our students, but also to change some of our acceptance systems and structures,” Waters added.

To find out whether a spending disparity exists between the two types of schools, the report’s authors sought to compare district-run and charter schools based on the number of high-needs students the two sectors enrolled. “Two schools can spend an equal number of dollars, but if one has a needier population, it is essentially trying to meet that need with fewer dollars,” the report indicated. The authors concluded that while district-run schools on average spent $11,760 per student per year – nearly $2,800 more than what charters spent – the gap narrowed to $1,400 once the researchers accounted for student need. In this adjusted tally for per-pupil spending, district-run schools spent $11,452 to charters’ $10,050.

But those figures are just averages. Some district-run schools spent nearly $16,000 per pupil while roughly half spent less than $10,000. Charters also had wide variation, but with one notable difference: The district was able to shift money to schools enrolling a higher share of low-income students. As standalone schools, charters don’t have the option of shifting money to schools serving more needy students.

One way some charters saved money is leasing their space from the district, which typically charged less than other property owners. Charters’ annual spending on rent ranged from $190 to $2,250 per pupil.

“We wish we had more money but we don’t,” said James Harris, president of the Oakland Unified School District school board. “So it becomes critical that we figure out how to become more efficient with our dollars, how to spend them better and to get better outcomes for students.”

The report also delved into differences between the two sectors in teacher compensation. Both types of schools spent a similar share of their total operating budget on teacher compensation – 37 percent for Oakland Unified and 39 percent for charters. But charter-school teachers were contracted to commit to more hours of teaching – 183 additional hours each throughout the school year. The report explains that if the district wanted those additional teaching hours, they’d need to hire the equivalent of 297 additional teachers, which would increase the system’s instructional staff by 14 percent.

Going forward, the report’s authors plan to produce subsequent reports. Solar said that this first edition is the new baseline for comparing charter and district-run schools on performance, enrollment and funding. “We must intentionally disrupt inequity where we see it,” he said. “We must intentionally collaborate across types of schools.”