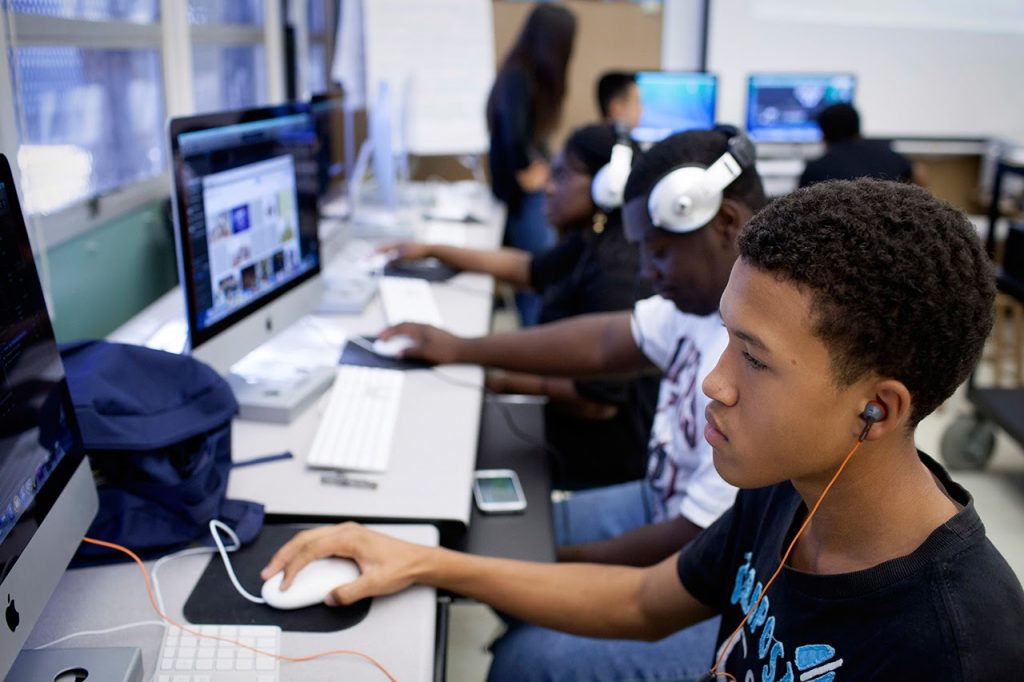 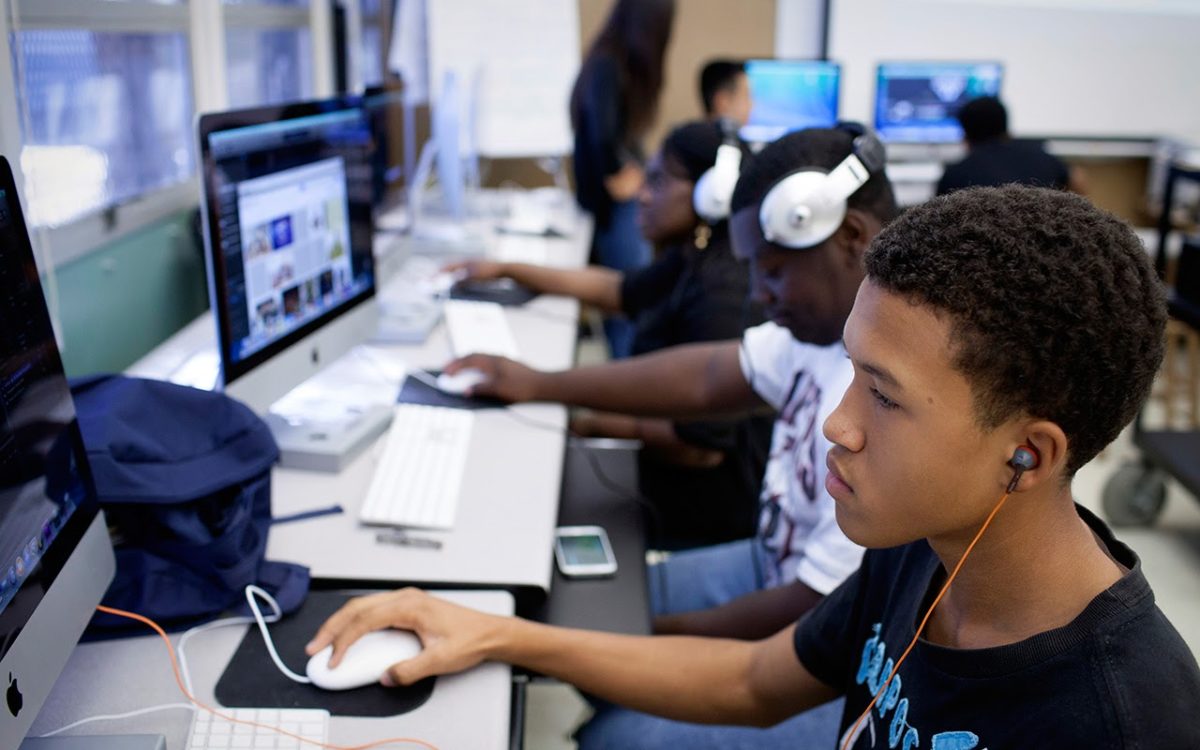 Educators were cheering over newly released results from the College Board showing significant increases in the number of females, Latino and African-American students who took either the Advanced Placement computer science exam or the new computer science principles exam this spring.

“I am over the moon. These numbers are amazing,” said Hadi Partovi, chief executive of Code.org, a nonprofit that provides free coding instruction to students around the world and has advocated for greater diversity in the computer science field. “This is a great reflection on the U.S. public school system. Every American should be proud — the U.S. is really leading the way.”

Of the 111,262 high school students who took the College Board’s Advanced Placement computer science exams in May, 27 percent were girls, a jump from 23 percent last year. Twenty percent of the test-takers were Latino or African-American, up from 15 percent in 2016.

The increases are largely due to a new AP computer science class launched in 2016-17 that focuses less on Java coding and more on what the College Board describes as the “big ideas” behind computer science, such as how the Internet works, the global impact of technology, big data and cyber security, and the creative aspects of programming.

The new class, called Computer Science Principles, was designed to attract students with no prior computer experience and who don’t necessarily want to pursue it as a career, said Maureen Reyes, executive director of AP program management at the College Board, which oversees Advanced Placement courses and exams as well as the SAT and PSAT tests.

The College Board’s other AP computer science course, called Computer Science A, focuses more strictly on coding. “Students should be able to write, run, test and debug solutions in the Java programming language, utilizing standard Java library classes and interfaces from the AP Java subset,” according to the course description.

“That course was not attracting the diverse group of students we had hoped,” Reyes said. “So we worked with the National Science Foundation and higher education instructors to design a class that students would find more engaging.”

About 2,500 high schools nationwide offered Computer Science Principles last year and 50,000 students took the exam, making it the most successful launch in the 60-year history of the College Board, Reyes said. More than 400 additional schools have committed to offering the course in the 2017-18 school year.

“We found the class appeals to a lot of students who otherwise wouldn’t enroll in AP computer science,” Reyes said. “And from what we hear from students, parents and teachers, the need is exploding. It’s a useful course regardless of what your career goals are.”

The number of girls enrolled in Advanced Placement computer science had been steady at about 17 percent since the mid-1990s, when the course was first offered, but began edging upwards about a decade ago, thanks in part to organizations like Girls Who Code, Tech Bridge and the Girls Scouts of America, which encourage girls to learn science, math and technology.

African-American and Latino students also increased their numbers in advanced computer science classes. In 2007, only 12 percent of those taking the AP Computer Science test were underrepresented minorities, but in 2017 that figure rose to 20 percent, or 22,199 out of 111,262.

That shift is primarily due to increased access, said Partovi. More schools in high-poverty areas are offering computer science instruction, and organizations like Code.org and #YesWeCode offer free coding lessons to young people who otherwise might not get coding experience.

Ideally, every school should teach computer science as a staple subject, like English or math, from kindergarten through 12th grade, Partovi said. And participation rates should reflect the demographics of the general population.

“Every parent should ask their children’s school, are you teaching computer science? Why not?” he said.

California’s State Board of Education took a step in upgrading the state’s computer science curriculum last week by setting guidelines for new standards. The new standards, set to be announced by August 2019, will reflect current industry trends, focus on solving real-world problems, emphasize the creative aspects of programming and cover concepts that don’t require ownership of a computer, according to State Superintendent of Public Instruction Tom Torlakson.

The board also created a 21-member advisory panel of computer science teachers and tech education experts to oversee implementation of the new standards.

Computer Science Principles was immensely popular with students, and the high participation rate nationwide was not a surprise, said the district’s computer science manager, Claire Shorall, who also taught the class last year at Castlemont High School in East Oakland.

“I had kids in my class who would have never in their lives thought they’d be taking computer science end up with passing scores on this test,” she said. “For me, as a teacher, that was really exciting.”

Her class of 21 students was 70 percent girls and almost entirely African-American and Latino. Most had never studied computer science before. But they found the broader concepts “incredibly relevant to their lives,” Shorall said.

For a unit on cyber security and big data they studied technology that police use to predict crime. A chapter on data analysis led to a dissection of public housing statistics. One student created a mobile software application on gentrification. Others designed video games using their own artwork.

A team of girls at another Oakland school created an app for girls that included a quiz about menstruation. Rev. Jesse Jackson happened to be visiting that day and took a look. The girls were mortified, Shorall said.

“Basically, this class helped them navigate the most ubiquitous thing in their lives — technology,” she said. “It gave them the language and the background to understand concepts they deal with daily. … You really see that ‘lightbulb’ moment.”