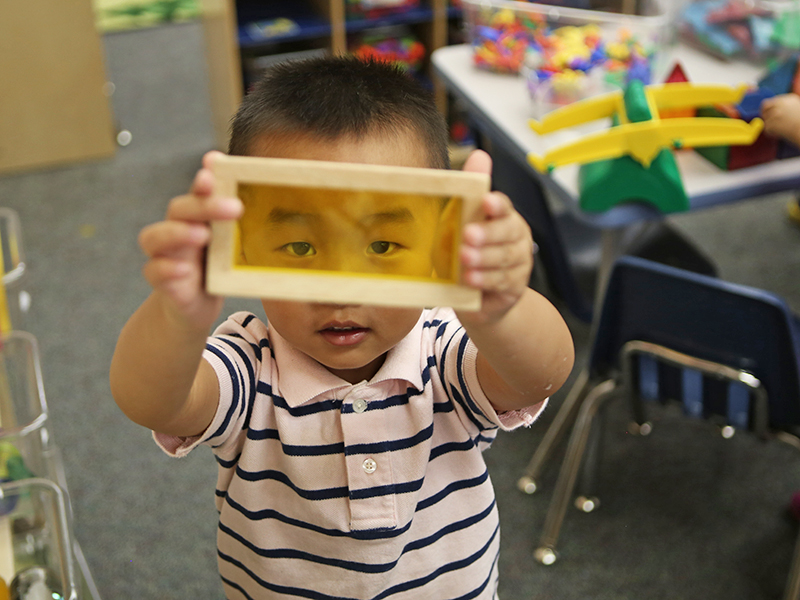 Opening the first meeting of the Blue Ribbon Commission on Early Childhood Education, Assembly Speaker Anthony Rendon, D-Paramount, said that the primary reason he ran for office was to be able to address child care needs.

Rendon, who convened the commission, worked in early education for years before coming to Sacramento. He said he established the bipartisan commission, made up of 18 lawmakers, advocates and practitioners, “to have a forum outside the budget process to discuss our early childhood education system and how to improve it.”

Assemblywoman Cristina Garcia, D-Bell Gardens, a commission co-chair, noted that despite a state investment of just over a half billion dollars, at least 300,000 eligible children in California do not have access to state subsidized child care.

“We want to think big picture,” said Assemblyman Kevin McCarty, D-Sacramento, the other commission co-chair. He noted that a new governor will be elected next year, and that the commission could help shape the agenda for early education in the years ahead. “We think this body can put a plan forward and help frame the debate for the next administration regarding our priorities as a state.”

Several advocates on the panel remarked that they felt unaccustomed to be sitting at the lawmakers’ dais, rather than in front of it, as they typically do at hearings like this in Sacramento.

“It seems really strange to be sitting up here,” said Michael Olenick, president of the Child Care Resource Center.

“Over time we have tended to pit various ages of kids against each other, infants and toddlers against preschoolers, against school-age children,” he said. “We also pit delivery systems against each other, the K-12 system, the child care subsidy system, Head Start, preschools, home visiting, family friends and neighbors, and licensing, and so on.”

What is also often unclear in policy decision making is who the customer is, he said. “Is it the child? Or is it the parent?” he asked. “What about the provider?”

“You can’t blow it up and start over again,” Olenick said. “What we need is to focus on how we can balance all the competing interests, while ensuring that children and families are treated well.”

That theme was echoed by Nina Buthee, executive director of the California Child Development Administrators Association, who pointed out that only one in seven children who are eligible for subsidized child care services are receiving them. “We have a balancing act to do here, which will be hard to do,” she said. Rather than “pit one against each other,” she said, “we have to create a system that allows parents to work while their children are in high-quality early learning environments.”

Mary Ignatius, statewide organizer for the advocacy organization Parent Voices, said that “we have to be really clear about our system needing to adapt to the needs of families, rather than our families adapting to a system that is leaving them out.” Raising a theme that came up several times, Ignatius said, “the system is not broken. What is broken is that we are not funding it as it should be funded.”

Erin Gabel, deputy director of external and governmental affairs for First 5 California, said the current system for funding preschools and child care, which is based on contracts with nonprofits and school districts, has resulted in a lot of unused funding reverting back to the state. In 2014-15, based on data from the California Department of Education, almost $132 million, or 6.9 percent of state child development funds, were not spent. This occurred because funding is based on contracts with little flexibility, rather than grants, she said.

“Contracts are very, very stringent in their rules,” Gabel said, restricting the ability to send funding where it is needed most. For example, if one preschool loses a teacher and is not able to use all its allocated slots, the funding for those slots cannot be moved to another preschool that could accommodate more students, she said. Or if a student leaves a preschool mid-year, funding for that student often reverts back to the state.

“There is no ability to move slots around at the local level to accommodate year-to-year changes,” Gabel said.

Asked by Assemblyman Phil Ting, D-San Francisco, who is also on the commission, how the child care funding system should be redesigned, Gabel argued that funding should be integrated with other parts of the state budget. Low-income housing developments, for example, could include child care centers and new schools that are built could include preschool classrooms. “We have to stop thinking in a siloed way,” she said after the meeting.

For an infographic on California’s child care system presented to the commission, go here.

Susan Frey contributed to this report.