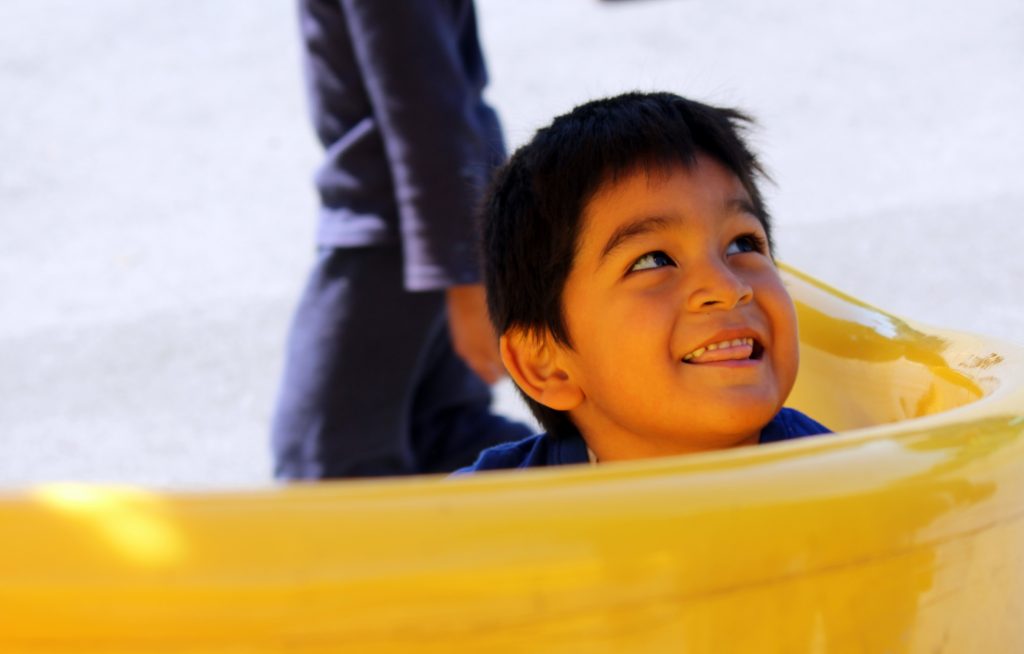 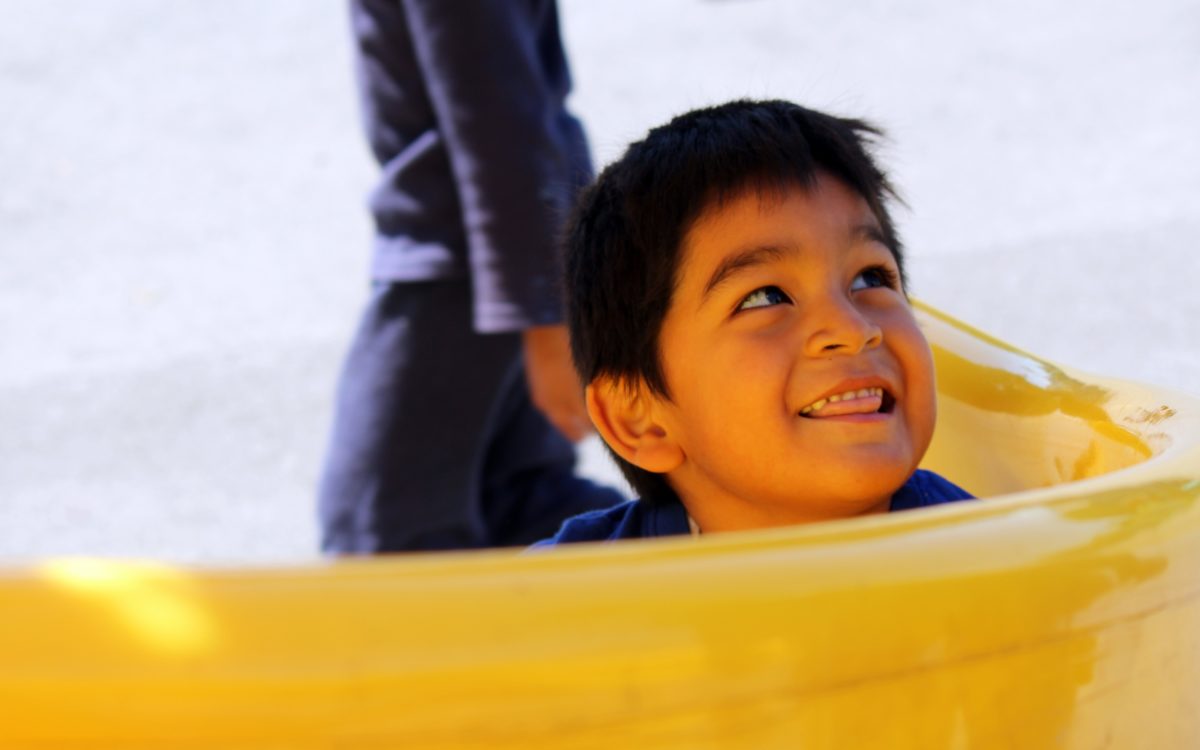 ASHLEY HOPKINSON / EDSOURCE
A national report examines if states are meeting the needs of dual language learners, who make up nearly one third of children ages 8 and younger in United States.

ASHLEY HOPKINSON / EDSOURCE
A national report examines if states are meeting the needs of dual language learners, who make up nearly one third of children ages 8 and younger in United States.

Young children with at least one parent who speaks a language other than English at home are less likely to be enrolled in quality early childhood programs, although it is most critical for those students, according to a national report that includes a 30-state analysis on how different policies affect dual language learners.

“Dual language learners especially stand to benefit from participation in high-quality pre-K. However, dual language learners in California are enrolling in pre-K programs at lower rates than their non-dual language learner peers, which may contribute to lags in kindergarten readiness for this population,” according to the California section of the report released Thursday by the Migration Policy Institute, a nonpartisan research and policy organization in Washington D.C.

Titled “Dual Language Learners: A Demographic and Policy Profile for California,” the report is based on an analysis of U.S. Census Bureau American Community Survey data from 2011 to 2015. It also uses preschool data from the National Institute for Early Education Research, which reports on state funded pre-kindergarten programs.

In the report, California is highlighted as one of several states with a law that requires schools and districts to create bilingual education programs if there is a substantial number of students who are learning to speak more than one language. California’s law went into effect July 1 of this year as a result of Proposition 58 approved by voters last November, and which effectively repealed Prop. 227, the English-only initiative which had been in place since 1998. The new law expands the opportunity for more schools to create dual language programs. The report states such policies are “promoting awareness of dual language learning strengths and needs.”

Other state policies that support young dual language learners include those for families who request child care assistance. For instance, the state requires information materials and applications for child care services be provided in multiple languages. The state also mandates bilingual caseworkers or translators and bilingual outreach workers as well as partnerships with community-based organizations that work with families who speak a language other than English. One of the policy shortcomings the report lists is that California does not require websites in languages other than English, which could be an obstacle for families navigating the system.

California also doesn’t have specific dual language learner policies or guidelines on how to use assessments that determine if a preschooler is ready for kindergarten, the report states. Specifically, the report refers to the Kindergarten Readiness Assessment, which is voluntary. The report is careful to mention, however, that California does have dual language learner guidelines for another assessment more commonly used, called the Desired Results Developmental Profile, or the DRDP. It is a free tool offered by the Department of Education that helps to assess behavior, knowledge and skills of preschoolers.

Migration Policy Institute researchers said the state-by-state analysis is not meant to suggest that if a state has a policy in place it also means there is effective implementation of that policy. However, “pointing out whether a state has a policy or not is an important starting point,” said Margie McHugh, director of the National Center on Immigrant Integration Policy.

Implementation of policies that support young dual language learners “goes to the heart of the matter,” said Marlene Zepeda, professor emeritus of child and family studies at Cal State Los Angeles. “You can have as many policy documents as you want … and they can sit on a shelf, and who is going to pay attention to them?” Zepeda said. “It comes down to commitment and dedication of individual programs and it comes down to resources — that is, money. It’s not just what are the effective policies for dual language learners but how we are going to fund those policies.”