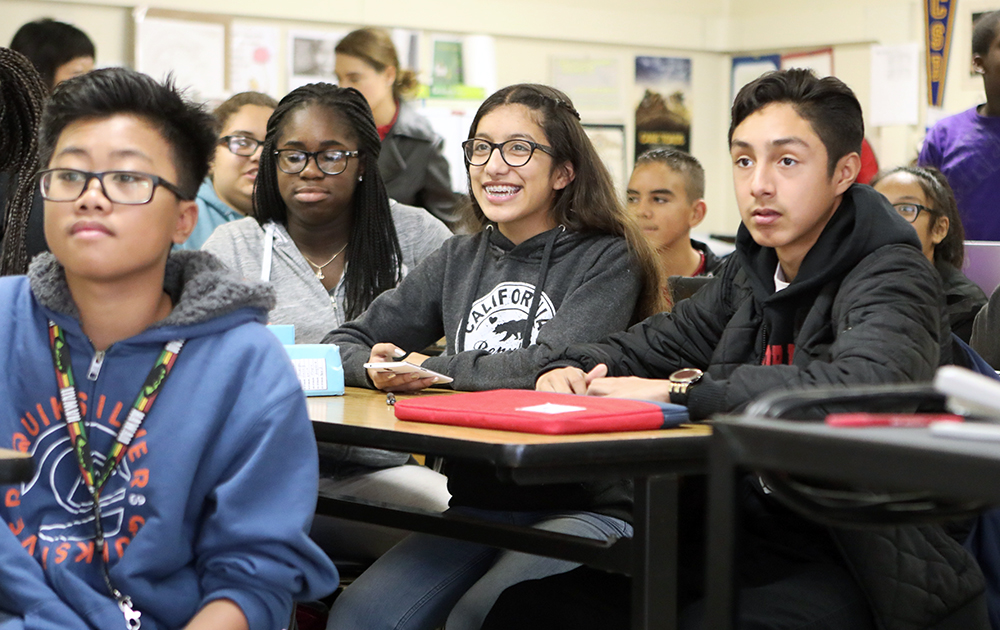 Los Angeles Unified has steered additional money to high schools with large concentrations of disadvantaged students over the past three years, but failed to do so for elementary schools, a report released Monday concluded. For those schools, the district ignored the requirement of the Local Control Funding Formula to direct extra resources and establish effective programs in schools with low-income students, foster youths, homeless students and English learners, which the law defines as high-needs students.

The report was produced by the United Way of Los Angeles and the Communities for Los Angeles Student Success, a coalition of nonprofit groups. Bruce Fuller, a professor of education and public policy at University of California Berkeley, directed the research.

The report examined how the district spent $372 million in extra dollars – a portion of supplemental and concentration funding under the formula ­– that the funding law said should be targeted for high-needs students.

Per-student funding has risen 25 percent above pre-recession levels in L.A. Unified, after adjusting for inflation. The report said that spending in 31 high schools with the highest concentrations of high-needs students rose the most, nearly 50 percent, to $9,596 per student, as schools particularly added nonteaching staff, including counselors and psychologists, to support the district’s requirement that all graduates pass courses required for admission to UC and California State University.

L.A. Unified received $1.1 billion in supplemental and concentration dollars for high-needs students this year, about 13 percent of its total. Under the funding law, the district is required to increase programs and services for those students above what the district spent in 2012-13, when the formula was adopted. But the report said that the district has not stated what the pre-LCFF base level is. Also, advocacy groups are disputing $250 million in funding that the district had been spending on special education services for high-needs students. The district is also counting this expenditure as meeting its obligation under the funding formula for additional services and academic programs. Public Advocates and the ACLU of Southern California have filed suit over the issue.

The $372 million is what constitutes the Investment Fund, which the district created to meet its obligation for high-needs students under the formula. It makes up 4.5 percent of total spending – “the bare minimum,” the report said.

The report said that “hold-harmless policies” protecting elementary schools from budget cuts as well as concentrations of the most experienced teachers in wealthier neighborhoods, who earn the highest salaries, are “systematic barriers to achieving budget equity.” And increased pension obligations, plus a double-digit salary raise after years of no increases, “make real change difficult,” the report said.

The report also criticized the lack of a coherent approach on spending funding for high-needs students. “There are no commonly held strategies to close the opportunity gap” in the district, and best practices that are empirically identified are not reflected as budget priorities, the report said. Since the district is facing a projected budget deficit in the next few years, “the modest gains that high-needs schools and pupils have made are at risk without a cohesive strategy or equity formula,” it said.

“The challenge is simple,” the report said. “Now is the time to be courageous.”