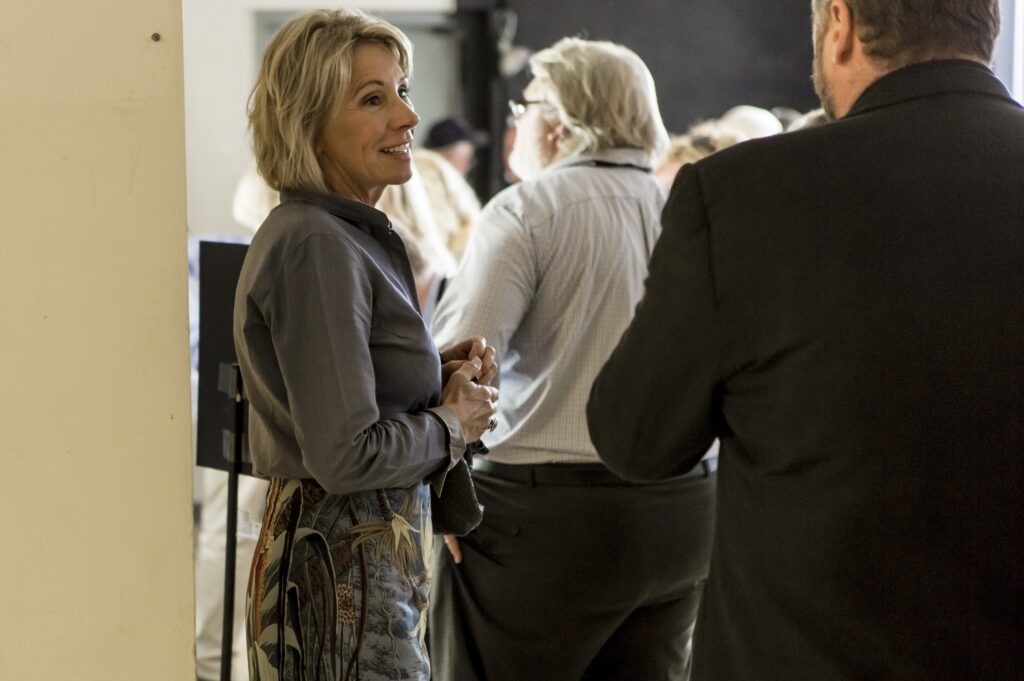 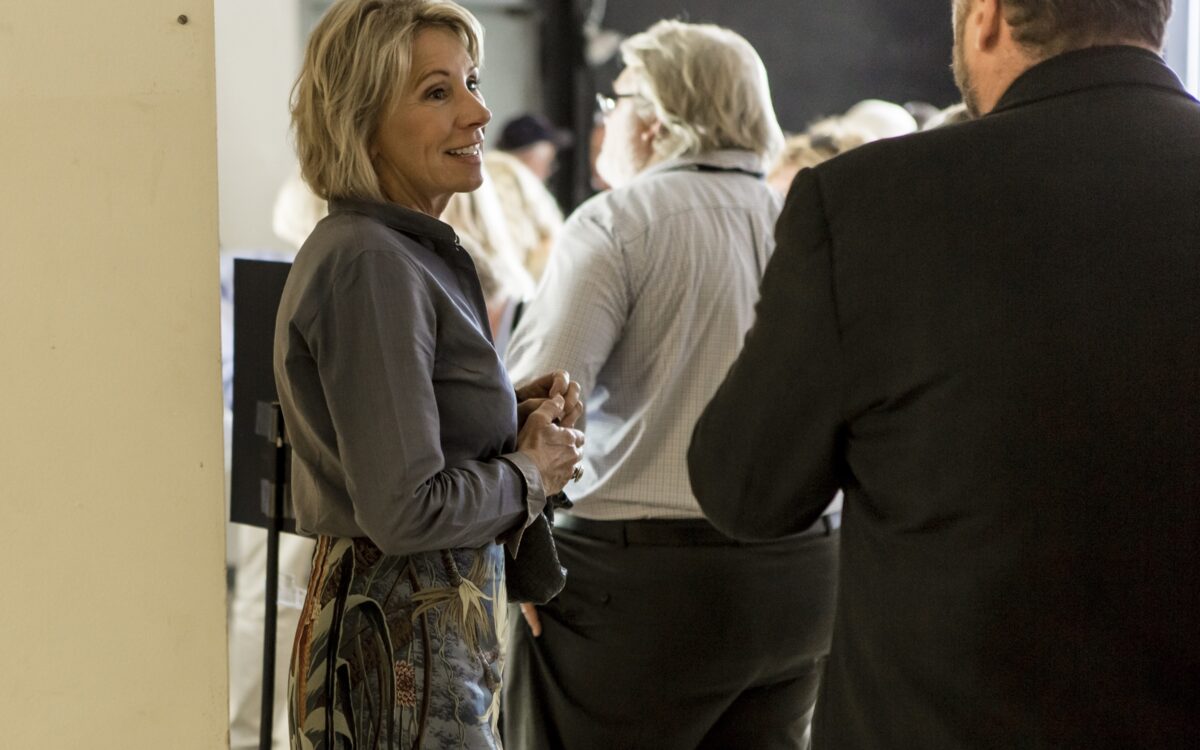 The U.S. Senate today confirmed Betsy DeVos as secretary of education – but only after Vice President Michael Pence, sitting in the presiding officer’s chair at the front of the chamber, broke a historic 50-50 tie in what was the first time a vice president cast the deciding vote for a member of the Cabinet.

All 48 Democrats voted against her, as did two Republicans, Sen. Susan Collins, R-ME, and Sen. Lisa Murkowski, R-AK, who announced their opposition last week. But no other Republican crossed over to oppose President Donald Trump’s nominee.

Ever since the post was created in 1979, every secretary of education has been approved either by a near-unanimous vote or by voice vote until last year, when John King Jr. succeeded President Barack Obama’s long-term Secretary of Education Arne Duncan. King was confirmed by a bipartisan 49-40 vote.

The vote followed Democrats’ all-night talkathon on the Senate floor and an unsuccessful campaign by teachers unions and others to flood the Capitol with emails and phone calls to pressure one more Republican to vote against DeVos.

That failed, and Senate Majority Leader Mitch McConnell, R-KY, during the debate admonished Democrats to “put country before party,” repeating exactly what Senate Minority Leader Chuck Schumer, D-NY, had urged Republicans to do in rejecting DeVos.

“We have a new president, and he has put forward an exceptional nominee for secretary of education,” McConnell said. 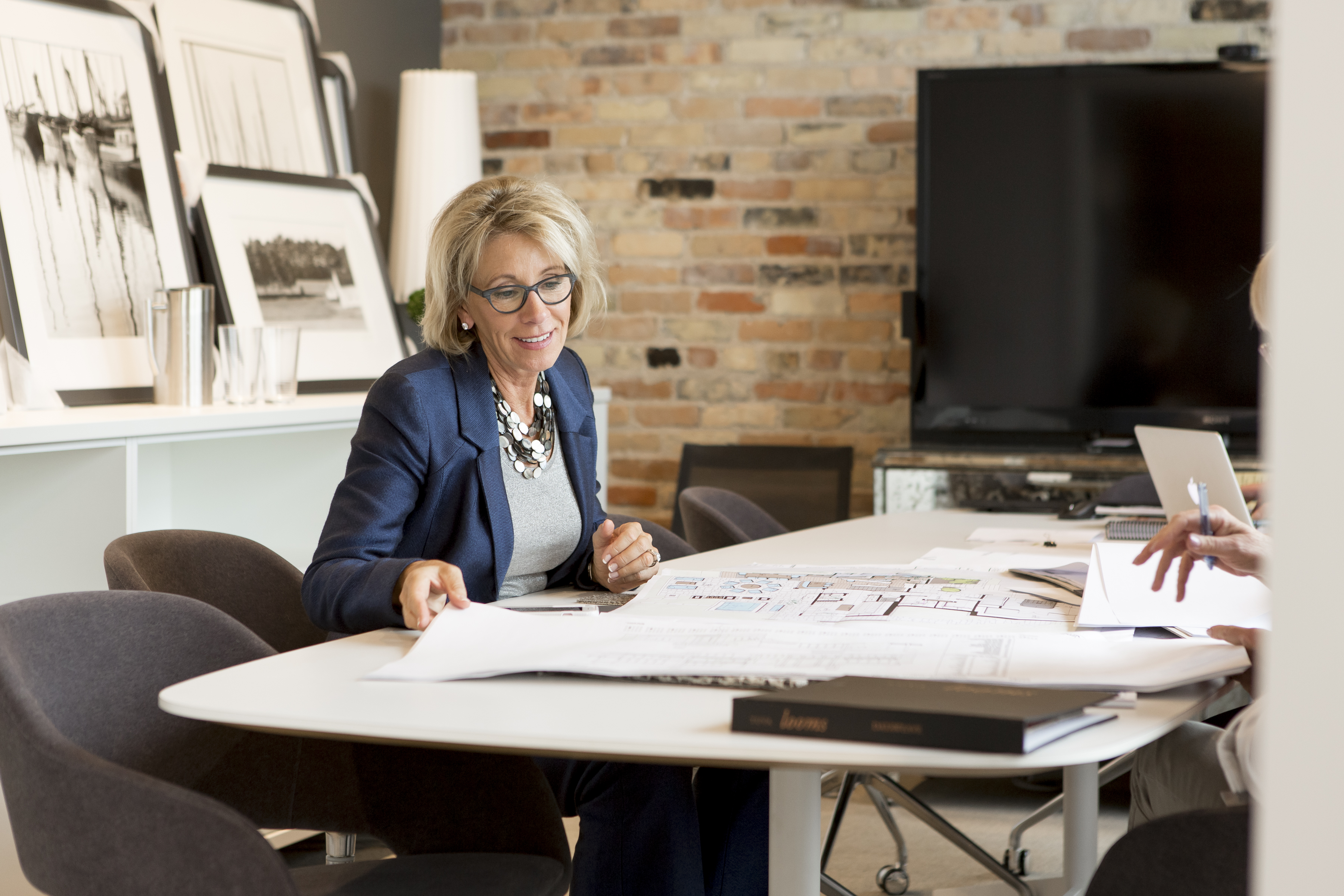 In more than three dozen speeches before C-SPAN and an empty chamber, Democrats pilloried DeVos as unqualified for the job and charged her with undermining public schools through her decades-long promotion of using taxpayer funds to underwrite tuition at private and religious schools, often with little accountability in return. They charged she failed to resolve questions of conflicts of interest created by millions of dollars in donations to political candidates and by family investments in education-related companies that might benefit from policies she might enact as head of the Department of Education.

Among those speaking was California’s freshman Sen. Kamala Harris, who used her first speech on the Senate floor since her election in November to attack the DeVos nomination.

She criticized DeVos for not being knowledgeable about the Individuals with Disabilities Education Act that grants disabled children the right to a “free and appropriate” education, and for not being sufficiently committed to enforcing Title IX,  the federal law that prohibits gender discrimination in education programs that receive federal funds. She said DeVos showed she lacked a basic knowledge of the job and federal law during a contentious confirmation hearing.

“She cannot, and will not, uphold the law because she doesn’t understand the law,” said Harris, who was district attorney in San Francisco and California’s attorney general before running for the U.S. Senate.

She said that California would be a big loser if Trump and DeVos were able to put in place Trump’s plan to “repurpose” $20 billion from existing federal education funds to set up a “school choice” program, including vouchers for private school tuition. California would lose $1.3 billion in federal funds, which would inflict major damage on a range of programs that benefit students, including services for special education students, she said.

Other Democratic senators read letters from constituents from their states urging them to vote against DeVos. Sen. Brian Schatz, D-HI, said DeVos, during questioning at her confirmation hearing, repeatedly refused to commit to hold all schools to the same standards as traditional public schools. “People saw the hearing and got really worried that we have the wrong person in charge of education,” he said.

Ending the Democrats’ vigil, Sen. Patty Murray, D-WA, the ranking Democrat on the Senate Committee on Health, Education, Labor and Pensions, called on Republicans to show they listened to an “unprecedented level” of public opposition. “People learned a whole lot about Betsy DeVos; the more they learned, the less they liked and the more outraged they have become,” she said, adding that DeVos’ “strongest connection to public education is her dedication to tearing it down.”

But in final remarks before the vote, Sen. Lamar Alexander, the Tennessee Republican who chairs the Senate committee, said DeVos deserved support because “she led the most effective reform movement in education in over 30 years.” He was referring to DeVos’ championing of “school choice,” which includes giving parents greater access to charter schools and private schools. Democrats shouldn’t be surprised that Trump would nominate a strong advocate for reform and school choice, he said.

The U.S. Department of Education, with about 5,000 employees, is the smallest federal department and arguably has less influence than almost every other department. That’s because historically the nation’s schools have been run by local school boards, and education policy has been viewed as far more of a state responsibility than a federal one.

At the same time, the department has considerable influence in interpreting how federal laws are implemented and in setting guidelines for how billions of federal education dollars are spent.

Democrats’ opposition to DeVos – the strongest so far against any Trump Cabinet nominee – underscored the threat to public education that many teachers, civil rights groups and parents felt that her nomination posed. The California Teachers Association, the nation’s largest with more than 325,000 members, was at the forefront of the resistance, mounting numerous protests against her.