In a city of charters, the LA school district runs many of them 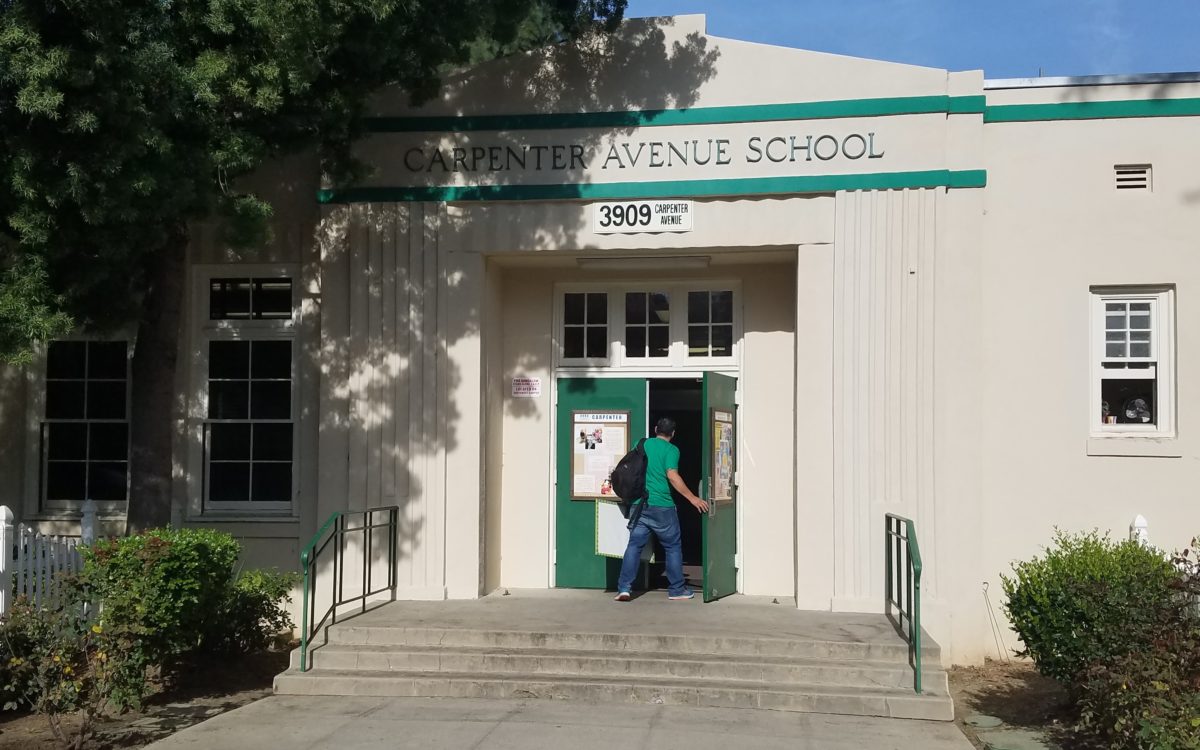 A Los Angeles school board race that attracted millions of dollars from well-heeled donors has shone a spotlight on the nation’s largest collection of charter schools.

With a new charter-backed majority on the board, there’s lots of speculation about whether the district will accelerate the growth of charters in the years to come.

But while charters are often referred to as a monolithic group – public schools that are typically free of most district rules – the Los Angeles school district actually operates 54 of the district’s 279 charter schools.

The 54 district charters are funded and run by the district mostly like traditional public schools but they allow for more innovation, such as setting their schedules, hiring and training staff and shaping their curriculum.

The differences between “independent” and “affiliated” charters are  clear in some ways, less so in others. The affiliated charter schools have governance councils made up of teachers and parents, but the councils act only in an advisory capacity. “Independent” charter schools are typically nonprofit organizations run by their own volunteer boards.

Affiliated charters have less freedom than independent charters. Teachers in independent charters mostly do not belong to unions, and most of their funding comes directly from the state rather than being funneled through a district. Both kinds of charters typically seek approval from their local district. Depending on the circumstances they can appeal refusals to the county or state.

Affiliated or dependent charters are “really connected to the mother ship,” said José Cole-Gutiérrez, director of the L.A. Unified’s charter school division, the body that oversees both groups of charters and recommends to the district’s school board which ones should have their petitions to exist accepted or renewed.

Los Angeles district leaders view affiliated charters as a triumph of experimentation, offering parents choices in addition to traditional district schools, magnet schools and independent charter schools. Affiliated charters can purchase textbooks and instructional materials not used by the district but that are aligned with The California State Board of Education standards.

Just over 70 of the association’s nearly 850 member schools are affiliated charters.

“We think that fully autonomous charter schools, ones that are separately incorporated from their school districts, are set up for success in ways that other public schools are not,” said Jed Wallace, president and CEO of the association.

Not all supporters of charter schools have similar reservations about affiliated charters.

Eric Premack, director of the Charter Schools Development Center, who once dubbed affiliated or dependent charters CHINO  – “Charter in Name Only” – has come around to appreciating their role.  “I think there are a lot of district-run schools out there that run perfectly well, but with just minor changes in the relationship between the school and the district, they (affiliated charters) can do things better.”

Newly elected Los Angeles Unified school board member Kelly Gonez said that because affiliated charters are part of the district, any innovations in curriculum that they come up with can more easily be shared with other traditional schools.  “We talk about how charters originated as spaces of innovation,” she said. “And I think having affiliated charters allows you to test out different things that you don’t get to do [with] some of the independent charter schools.”

California laws on charter schools don’t specify these differences among charters. “These are terms of art that practitioners have created,” said Premack, who as a legislative aide contributed to introducing the charter schools concept to California legislators in 1992. The state’s charter law does not say explicitly whether district-operated charters can exist, he explained.

The lack of specific language “means that most lawyers believe charter schools may be ‘dependent’ arms of the district,” he said. How dependent charters operate actually varies from one end of the state to the other. What dependent or semi-autonomous means in “L.A. Unified might be very different from say Napa Unified or San Diego Unified,” Premack added.

Another key difference is that independent charters serve a higher proportion of low-income students in Los Angeles, data show.

Although the proportion of low-income students varies greatly from school to school, the average percentage of low-income students in independent charter schools is nearly 83 percent compared to nearly 44 percent for affiliated charters, according an EdSource analysis of 2016-17 Los Angeles Unified district data.

Forty affiliated charters in the district were established between 2011 and 2013 during a time when converting a traditional public school to an affiliated charter brought in extra state funds through the Charter School Categorical Block Grant programs. The district collected a 2 percent administrative fee from affiliated schools receiving the block grant.

However, those funds were phased out, along with dozens of other categorical grant programs, after the state introduced the Local Control Funding Formula in 2013. Since then, there has been no financial advantage to converting to an affiliated charter, and only two L.A. Unified schools have done so.

“The financial incentive (before 2013) wasn’t huge,” said Robert C. Perry, a senior administrator at L.A. Unified’s charter division, “but it was a financial incentive, and that’s not there anymore. So we’re not seeing too many of those (new affiliated charters).”

Also contributing to the jump in affiliated charters between 2011 and 2013 was a 2011 decision by L.A. Unified to raise the minimum percentage of low-income students schools had to have to receive federal funds through the Title 1 program, going up from from 40 percent to 50 percent. The district made the change because it anticipated a significant drop in federal funding during the recession, and needed to prioritize how it spent precious federal dollars on schools with higher concentrations of low-income students.

As a result, a number of district schools suddenly had too few low-income students to be eligible for Title I dollars. Becoming affiliated charters allowed these schools to qualify for charter categorical block grant funds when they were still in effect, helping them to recoup the lost Title 1 revenues.

For example, Millikan Middle School, a district school with about 2,200 students that converted to affiliated status in 2012, was set to lose $600,000 after L.A. Unified raised the low-income student threshold for receiving Title I dollars. The state’s charter block grant helped the school to back-fill that loss with about $385 per student, for a total of more than $800,000 per year.

For Carpenter Community Charter School, in the city’s Studio City neighborhood, the switch to an affiliated charter in 2010 boosted its spending on school expenses to $400,000 per year from the $63,000 it was receiving from the district.

Carpenter serves a community where median home prices are listed at $1.3 million – a figure that’s 50 percent higher than the median for Los Angeles as a whole – according to the real estate website Realtor.com. But the area’s relative wealth didn’t translate into added resources for the school.

While the district covered the school’s major costs, such as salaries and utilities, the budget for the school to pay for all additional expenses was that $63,000, said Joseph Martinez, principal of the school since the 2008-9 school year. That money went “towards supplies, paper, pencils, glue. … towards photocopy contracts, supervision aides [who] are watching kids on the playground,” said Martinez. “It was so bad in my first year.”

Converting to an affiliated charter status boosted Carpenter’s revenue to $400,000 a year, thanks to the state block grant for charters available at that time. “If we didn’t have that funding,” Martinez said “we wouldn’t have had anybody overseeing the English-learner population, our intervention programs and so forth.”

The list of added programs initiated by these funds is extensive. Two-thirds of the teachers at the nearly 1,000-student school have undergone training for Singapore Math, a curriculum modeled after the one in the island country that emphasizes mastery of core concepts over heavy memorization of formulas. Other programs at Carpenter owed to the added funding, Martinez said, are MindUP – mindfulness training for students to deal with stress that’s the brain child of actress Goldie Hawn’s Hawn Foundation – and Engineering Is Elementary. Both programs have respected academic papers backing their efficacy.

“We’re surrounded by private schools in this area, so it’s competition,” Martinez said.

After Carpenter went affiliated, 42 L.A. Unified schools followed. More than 40 are in the city’s San Fernando Valley – a region that frequently feels that it is overlooked by city officials in downtown Los Angeles. The affiliated schools in the valley created their own guild of sorts, called The Valley Affiliated Charter Schools, that represents the schools on matters unique to them. Martinez served as its chair when it first formed four years ago.

Cesar Lopez was principal of East Hollywood’s APEX Academy in 2009, then a traditional district school, when the recession led to layoffs across the district. Nine of his 15 teachers were laid off, putting in peril the Diploma Plus curriculum the school adopted that was designed to offer targeted academic help to the students most of whom scored “below basic” on annual Common Core-aligned standardized state math and reading tests.

The district’s labor contract mandated that Lopez pick teachers from a pre-approved list of educators with the highest seniority, a bumping right in the teachers’ contract. That didn’t sit well with Lopez or his students. “It doesn’t matter how long you’ve been teaching,” he said. He wanted to hire teachers who supported the school’s curriculum and goals.

After three consecutive years of layoffs and another scheduled, Lopez reluctantly sought out alternatives in 2012. He considered the affiliated or dependent charter approach, plus another governance structure then picking up steam in Los Angeles called the pilot model.

“At the end of the day, none of those models allowed me to pick and choose my teachers and retain them,” Lopez said. Following a lengthy application process, APEX became an independent charter in the 2012-13 school year.

The difference in autonomy between affiliated charters and independent charters is also clear in the amount of paperwork the two types of schools have to fill out when seeking authorization from the district. For the affiliated charters, “there is quite a bit of boilerplate language … because they have to follow the district policies,” Perry said. Independent charters have greater leeway, but as a result, are expected to submit scores of pages that detail budget and instructional strategies.

Sylmar Charter High School converted to affiliated charter status in 2016, one of just two schools to do so since 2014.

Newly elected school board member Gonez said the school’s success illustrates that affiliated charters may still be a model worth sustaining in districts like Los Angeles.

The school has had “a clear trajectory of progress and I don’t know the secret sauce yet,” said Gonez, who begins her new five-and-a-half year term on the school board in July. “I’m interested in finding out (what it is) in partnership with their principal and staff.”