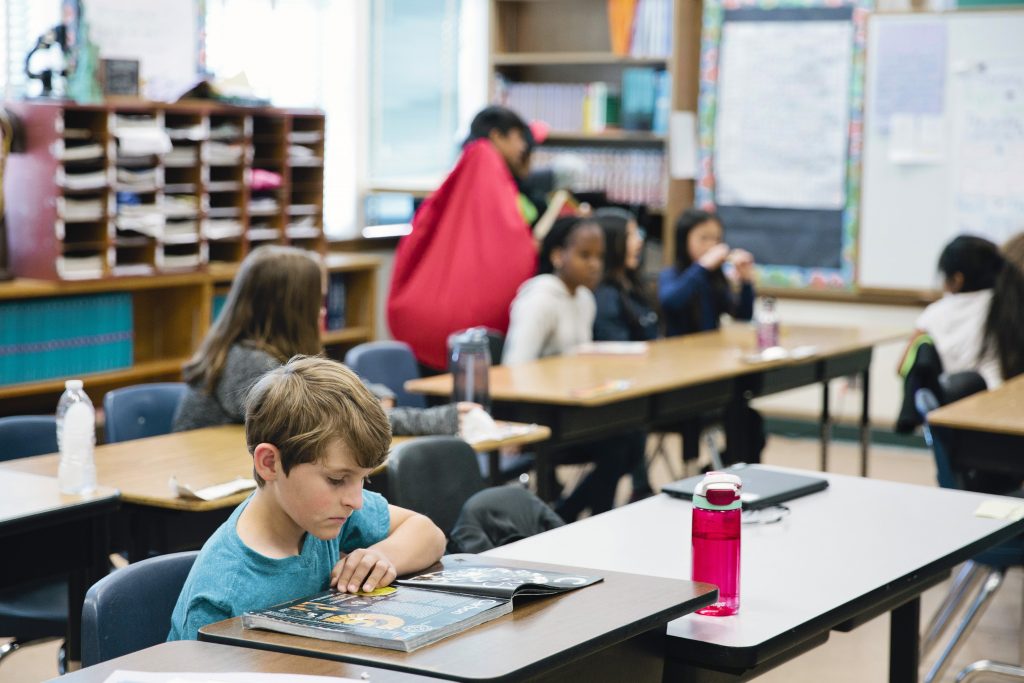 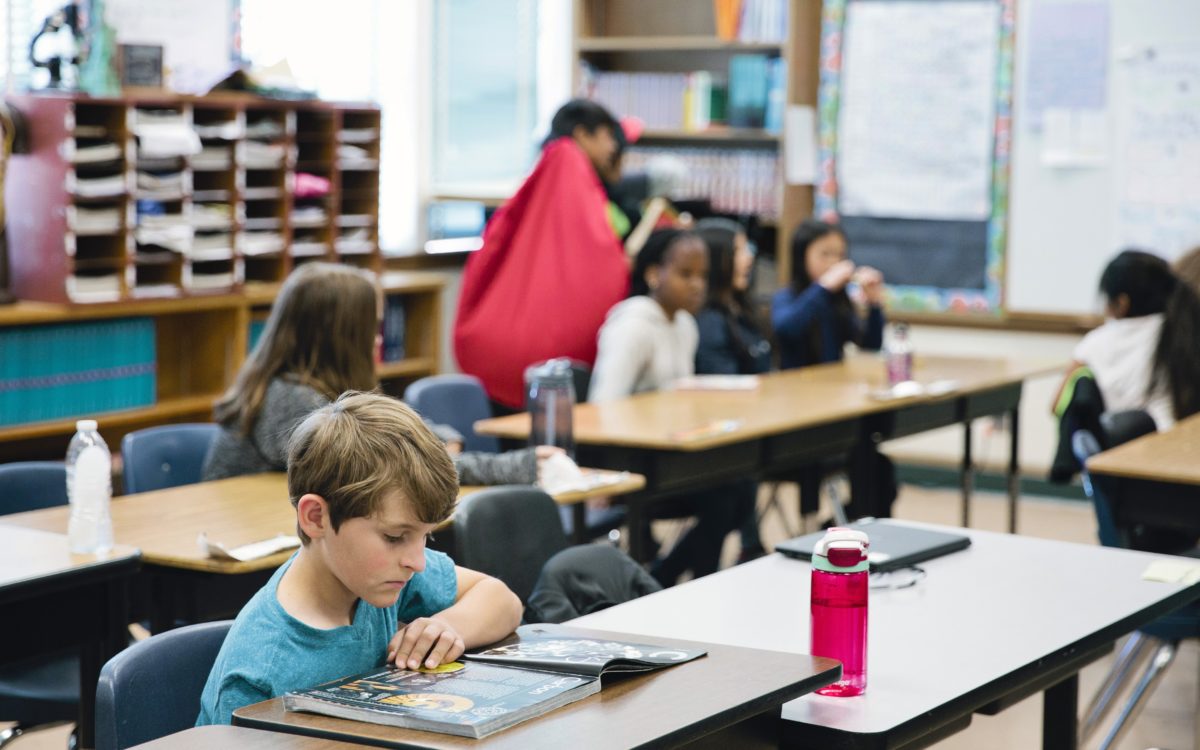 The assumption underlying the Local Control Funding Formula, the state’s 4-year-old school funding and accountability law, is that local control — giving districts more autonomy and resources — would be the catalyst for greater student achievement.

Even though the state’s approach to improving schools holds great promise, that premise is faulty, a prominent author and adviser on large-scale school change concludes in an analysis released this week. Michael Fullan and his co-author write that California’s school districts are stumbling to implement the new system not because they don’t want to do it right but because most don’t know how. School districts lack the know-how and the skills for systemic change, they say.

“Even though its implementation has been somewhat bumpy and cumbersome, LCFF is viewed positively across California’s education system — from central offices to school districts. There is a widely shared perception that the new funding strategy is much better than the older one and that the system is moving in the right direction.”

“The LCAP approval process became a bureaucratic diversion. … In the absence of new capacities, people (at both the district and county levels) often fall back on familiar bureaucratic habits.”

“In the current times of political turmoil and volatility, California has the moral stature and a golden opportunity to lead the way in the nation towards prosperity, democracy and social justice.”

Fullan believes that with the election of a new governor and state superintendent 14 months away, the clock is ticking for California’s education leaders — particularly county offices of education and the state Department of Education — to develop a long-term “sustainable” strategy for improving instruction and classroom learning and to convince the public and the state’s political leaders that this is essential.

“The future in California is exciting. It is also precarious,” Fullan and co-author Santiago Rincón-Gallardo, the chief research officer for Fullan’s international education consulting team, write in “California’s Golden Opportunity,” a 26-page report in which they make a half-dozen policy recommendations.

A Canadian, Fullan is an emeritus professor and former dean of the Ontario Institute for Studies in Education  at the University of Toronto, and a consultant credited with turning around the province of Ontario’s schools a decade ago. He also has left his imprint on California, crisscrossing the state the past five years, meeting with district and state leaders, Gov. Jerry Brown, leaders of the California Teachers Association and the state Department of Education. Many heralded Fullan’s 2011 paper, “Choosing the Wrong Drivers for Whole System Reform,” a harsh critique of the federal No Child Left Behind Act’s approach to fixing low-performing schools. And they turned to him for advice on Fullan’s “right drivers” — a collaborative, locally driven, data-based approach to districtwide improvement.

“The reason that our ideas connected with California was that many educators in the state were already working on the right drivers in the era of wrong driver policy; they were, so to speak, working under the radar and in effect were liberated by the policy shift represented by the Local Control Funding Formula,” Fullan and Rincón-Gallardo write.

Now, four years after passage of the law that Brown promoted, this self-described “friendly critic” of California’s reforms offers both an affirmation and frank and sober update. The report is based on Fullan’s consulting firm’s work and 60 interviews of leaders of school districts, county offices, the state Department of Education, nonprofit organizations and academicians. The principles and policy levers, such as the state’s school new dashboard, are in place and remain popular, but few district leaders understand how “The California Way,” as State Superintendent Tom Torlakson calls the new system, is supposed to work, the report says.

As one leader told the authors, “Rather than an actual direction, it’s a reaction: ‘We didn’t like NCLB and we’ll move as far away from it as we can.’ The focus is on what we don’t want.”

The report’s focus is on the three government bodies charged with carrying out the law: the California Department of Education, the state’s 58 county offices of education and a new agency created by the funding formula law, the California Collaborative for Educational Excellence. They are the critical intermediaries that must work with districts. Fullan and the unnamed interviewees are skeptical the three agencies are up to the challenge.

So far, the report says, there is “a very weak link” between what the three agencies are doing and improved teaching and learning in classrooms.

“The capacity of counties remains uneven,” the authors write. They must adjust from enforcing regulations to helping districts get better, they say. That’s a different type of work, and they say the change has proven “problematic.”

Districts are charged by law with monitoring what Fullan views as overly complex and cumbersome Local Control and Accountability Plans, which districts write and revise annually. Fullan views the LCAP approval process as “a bureaucratic diversion” from the hard work of improving classroom performance. “Filling in the LCAP template is not the same as learning to improve,” the report says.

Some interviewees said only a half-dozen county offices have the ability to adapt to the new role Fullan describes; others put the number at about 20 — out of 58. 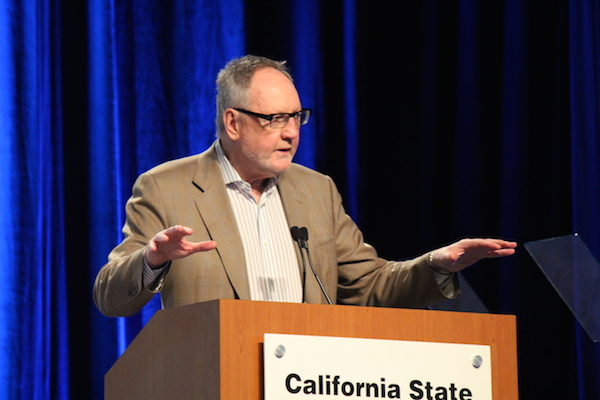 Fullan: Achievement gap an ‘indicator that right strategies are not being used’

The Department of Education faces a similar challenge of reorienting what it does. Though it’s not the general public’s perception, the department’s staff has been cut to “near minimum size,” says the report, and most positions are federally funded to verify compliance with federal programs. Flexibility under the federal Every Student Succeeds Act could allow the department to rethink how people do their jobs, Fullan and Rincón-Gallardo wrote.

The California Collaborative for Educational Excellence is a small agency, with about a dozen employees, that the Legislature established. It has a broad mission — working with counties and districts to achieve the priorities in their LCAPs — and a more targeted role of intervening in persistently low-performing districts. The collaborative has been low-key so far, funding dozens of “professional learning networks” of districts and organizations that work together, and trying to figure out what a vision of “continuous improvement” will look like by working directly with 11 school districts that invited its help. But to be effective and credible, it will have to assume a bigger role and quickly become “more visible,” the report says.

“Anyone looking at the size of our shop would have questions about ultimately how big its impact would be,” Carl Cohn, executive director of the California Collaborative for Educational Excellence, said in reaction to the report. “We will have to prove ourselves.”

Cohn, a retired Long Beach Unified superintendent, said state leaders made it clear, in creating the collaborative, that “they did not want to replicate existing bureaucracy or create a new one.” They wanted an “agile and nimble organization,” Cohn said.

The collaborative may seek additional funding for a “modest expansion of our efforts.” What’s important, he said, is that “we will be there when someone asks for help,” starting this fall. That’s when the state’s new “school dashboard,” rating performance by many indicators, points to schools and districts needing assistance.

Fullan says all three agencies must see their primary job as helping districts with “capacity building.” A vague and overused term, Fullan defines it as developing “skills … and dispositions” in four related areas:

Among his recommendations for moving forward, Fullan suggests:

Clarify and update the collaborative’s role. This should include mapping out the current ability of districts to improve and building a “repository of effective strategies, artifacts, practices, and organizations” that districts and counties can tap for improvement. The collaborative has begun to build a library of LCAP practices — a positive development that the report acknowledged.

Redefine the role and strengthen capabilities of county offices of education. The report said it’s critical for the state education department, county offices and the collaborative to clarify who’s responsible for doing what. The authors suggest hiring a high-level mediator, recognizing that “joint work might require bringing to the surface and working through underlying tensions between agencies.”

Capitalize on the expertise of superintendents of successful districts, like Garden Grove and Long Beach Unified. Their expertise could play a larger role in the state’s plans.

Secure the “sustainability of The California Way” by publicizing progress to the public, securing more money for districts with significantly lower funding levels under the funding formula and addressing the teacher shortage.

Asked for his thoughts about Fullan’s report, Chief Deputy State Superintendent Glen Price said that it confirms that the department must move beyond its core role of monitoring compliance with regulations, something it has begun to do. Not recognized in the report, he said, is more recent progress: reorganizing department staff to further what the report recommends, better coordinating its work with the collaborative and the counties, and discussing how to move toward regional efforts led by county offices with identified expertise. (See agenda Item 3 for state board meeting this month for a summary of its progress and the work of the Sacramento and Kern County offices).

State Board of Education President Michael Kirst noted in an email that Fullan has monitored the progress of the funding formula since its passage. “His confirmation that California is on the right track is reaffirming. We have a lot of work ahead as we complete implementation of the Local Control Funding Formula and appreciate his thoughtful and pragmatic recommendations.”