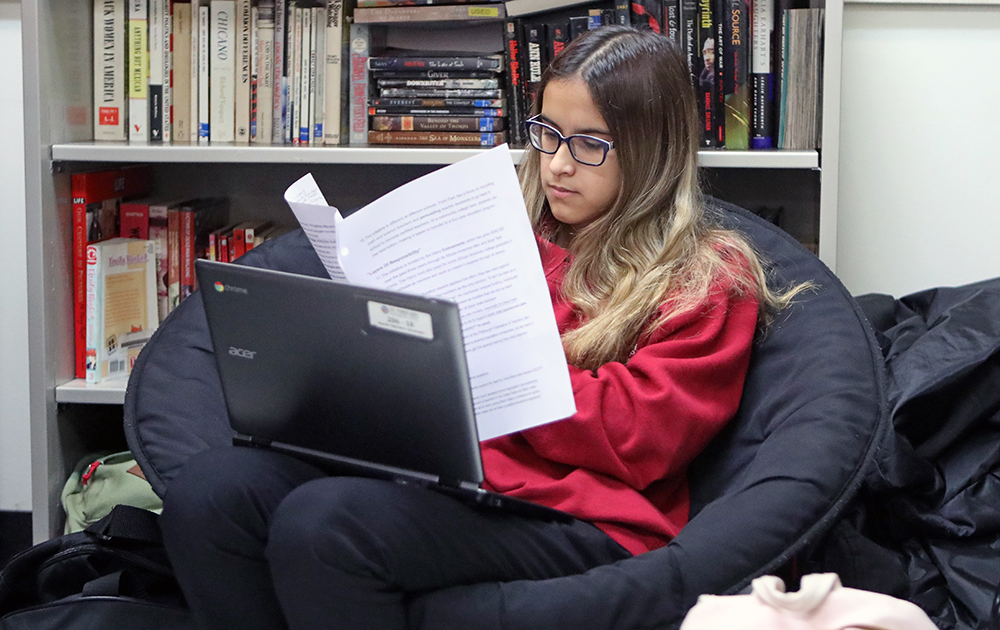 Despite a successful push by charter school advocates to win a majority of seats on the Los Angeles Unified school board, it’s is unlikely that there will be a major expansion of charter schools in the state’s largest school district within the foreseeable future.

That’s the view of several charter advocates and close observers of the district, as well as one of the victorious candidates in last week’s runoff election, the most expensive school board race in U.S. history.

A key person putting a damper on those expectations is 31-year-old Nick Melvoin, who beat incumbent board President Steve Zimmer after an intensely negative and expensive race. He will join the board on July 1, along with 28-year-old Kelly Gonez, the other charter-backed winner in the runoff.

Los Angeles already has more charter schools than any district in the nation. In an interview with EdSource, Melvoin downplayed expectations about expanding that number. What was more important, he said, was that the district do more to learn about charter school innovations that it could adopt.

He said his election was about “expansion of best practices” and “not about a proliferation of new charters,” nor about setting a goal of opening “an artificial number of new charters.”

“The reasons I ran for school board and not to run a charter organization was to learn lessons from our charter partners, and to bring that learning to the district,” he said. “This was not a campaign that in any way was run against the union or in favor of charters.”

Rather, the election was “about looking at what works in the district, and replicating that,” he said. “I am much more interested in increasing schools that are serving kids, and much less interested in whether it is a district school, charter school or magnet school.”

“Nick Melvoin was funded by billionaires who were behind the unchecked expansion of charter schools in L.A. and elsewhere,” he said. “It ultimately is the privatization agenda of putting public taxpayer money into privately operated charter schools that operate without proper regulations. Nick Melvoin comes right out of that world and billionaires have invested a lot of money in him. That would be very surprising to me if that was not his agenda.”

In a subsequent interview with EdSource,  Kelly Gonez, the other winning candidate, made striking similarly comments to Melvoin’s.  “Charter school expansion is not something that I am really interested in doing,” she said. “I want to help support and improve all of our currently existing schools with a primary focus on traditional district schools.”

Last year, the California Charter Schools Association announced its “March to a Million” campaign to increase charter schools’ enrollments in California to 1 million students over the next five years – nearly double the current number.

But after last week’s election the association’s president, Jed Wallace, was notably reluctant to predict a major expansion of charter schools in Los Angeles, even though the organization’s political action committee spent millions of dollars supporting pro-charter candidates. The goal, he said, should be to increase “great options” for students, whether those are charter schools or district-run schools. “In Los Angeles we will probably see policies that are more objectively fair that allow for more options, district school options or charter school options,” he said.

A backdrop for this year’s election was a plan put forward a year and a half ago by the Eli and Edythe Broad Foundation and other charter advocates calling for an investment of a nearly half a billion dollars to more than double the number of charter schools in the district over the next eight years. Dubbed the “Broad plan,” the proposal triggered massive opposition from teachers’ unions, as well as resistance from the current board majority.  The drive has since been widened to support innovation at both charter schools and district schools.

Wallace rejected the notion that the new board majority would revive the Broad plan. “To get growth (of charter schools) consistent with some kind of plan, that is not what the election was about.”

Charter school advocates like Wallace and Melvoin may be trying to lower the heat after the contentious campaign, but other education experts also predicted there won’t be a major rush to  approve new charter schools in the district.

Pedro Noguera, who directs UCLA’s Center for the Study of School Transformation, said last week’s election results were “more of a symbolic victory than something that is actually going to have an impact.”

The reason, he said, “is that the major issues facing L.A. Unified are very complex, and this election is not going to solve them.” He pointed to the massive budget deficit the district is facing in future years, as well as declining enrollments. “These are interrelated issues, and if you keep on creating charter schools you exacerbate both of those problems,” Noguera said. “The two new board members will have to take responsibility for dealing with this, and the fact of the matter is that there are no easy solutions.”

For that reason, he said, “I don’t see the election as bringing any clear change in the direction of the board.”

Eric Premack, founding director of the Charter Schools Development Center, also doubted that it will be easy to expand charter schools. Like Noguera, he said board members will be constrained by having to resolve the structural problems facing the district. “On the one hand they’re dealing with a strong desire to expand charters and on the other hand the absolutely devastating financial realities of the district with or without charter growth,” he said. “It’s going to be a very tough balance for the charter reformers, for the district people and for the new board members.”

Raphael Sonenshein, executive director of the Pat Brown Institute for Public Affairs at Cal State Los Angeles, said that he thought there will be an increase in charter schools, but doubted that it would happen very quickly.

“Whenever you do something really quickly to a very big degree you’re going to make mistakes,” he said. That could have a negative impact on perceptions of charter schools. “So it’s in their interest probably to be steady as you go, and to try to increase their support” among voters.

One reason the charter-backed candidates won last week, he said, was because of the very low turnout in the off-year election, combined with huge contributions to independent expenditure committees. From now on, L.A. school board elections will be held to coincide with state and national elections. The next one will be in 2020, a presidential campaign year.

“They won’t always have elections like this where the power of money is so overwhelmingly on their side and where there’s a low visibility election,” Sonenshein said, referring to candidates backed by pro-charter forces.

Complicating the entire landscape is the push by President Donald Trump and his Secretary of Education Betsy DeVos to increase options for parents, which includes both charter schools and taxpayer-supported vouchers for private schools.

In an intensely Democratic city like Los Angeles, its unlikely any of the school board members will want to be viewed as associated in any way with DeVos’ and Trump’s “school choice” agenda.

That alone could push the different factions on the board to overcome differences and work together, Sonenshein said. “If there is a third force that grows to kind of delegitimize public schools in general that would be an incentive to find some common ground.”

Lost in the heat of battle around charter schools is the fact that Los Angeles Unified already offers parents a mix of school choices that the full board could coalesce around and expand as needed. In addition to 225 privately run charter schools, the district runs 214 magnet schools, as well as 54 “affiliated” charter schools that are semi-autonomous and governed by the district.

Noguera said what is needed now is a “real strategic plan” for the district on how to move forward, and that charter schools should be part of the plan. “You could make the case that for certain populations of kids, charters have an advantage over public schools, for kids who have not been well served,” he said. “But these are not necessarily the kinds of charters we are seeing being opened up.”

“They don’t have a strategic plan in place, despite the huge challenges they face,” he said. “The pressure should be on the new board majority to create one.”

In general, Premack said, the magnitude of the district’s problems will force the two sides to work together. “The charter people are going to have to care about the district and vice versa,” he said. “It’s almost like they’re sort of joined at the hip here, whether they like it or not. If one tries to poison the other it’ll take them both down.”

This story was updated on May 26, 2017 to include comments from Kelly Gonez.