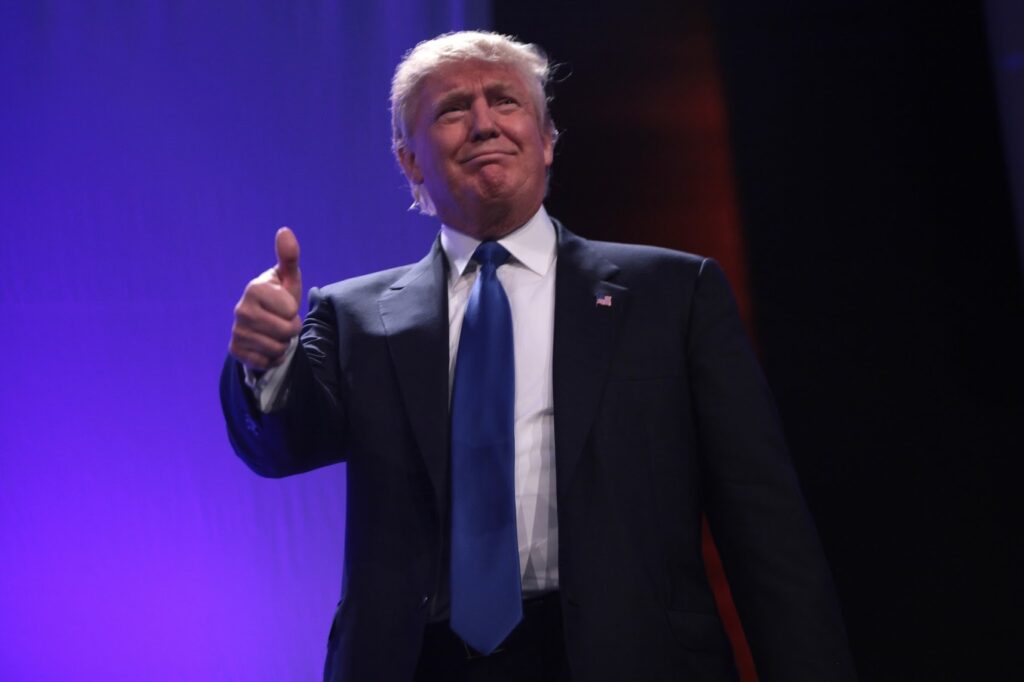 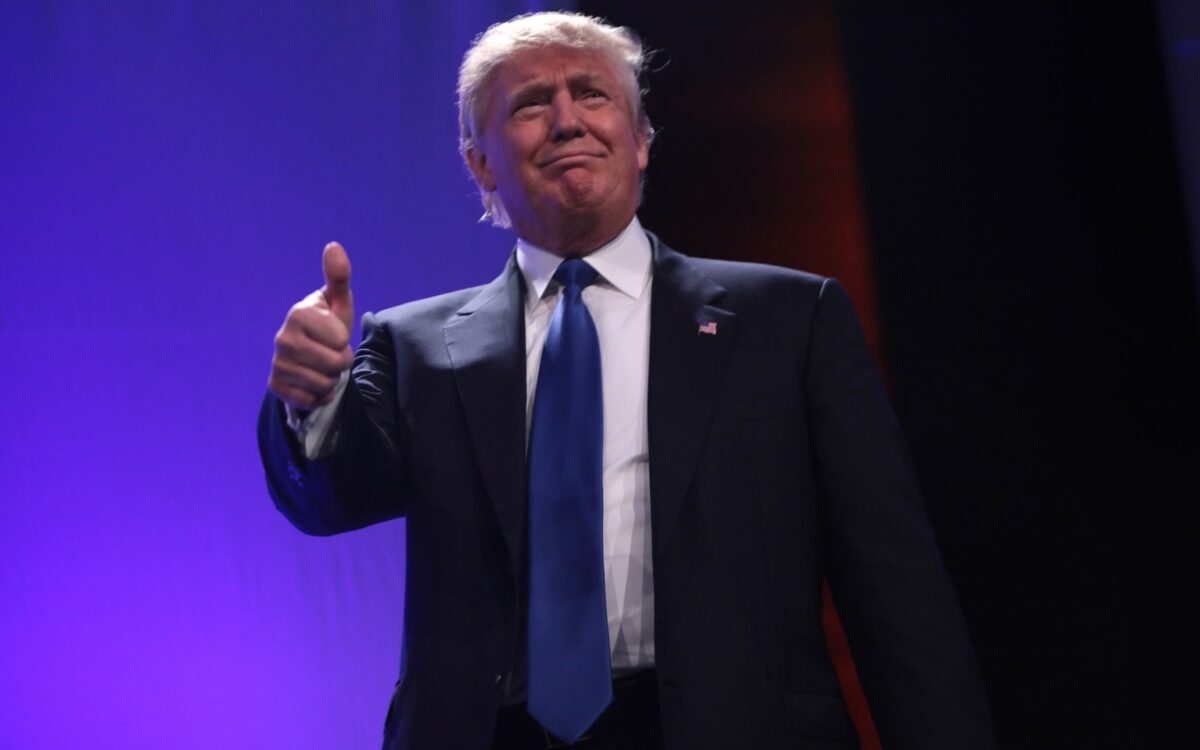 In his first remarks on education after being sworn into office, President Donald Trump asserted in his inaugural address Friday that the nation’s education system is “flush with cash” and that its children are being “deprived of all knowledge.”

It is impossible to dismiss what he said as a misstatement, or that it was an off-the-cuff comment made in the heat of a campaign speech. Inaugural addresses are written for posterity, and every word is mulled over, reviewed and approved by speechwriters and advisers. Trump also used a teleprompter, and read his speech flawlessly.

Education leaders in California interviewed by EdSource reacted strongly to Trump’s assertions, which they said were unfounded.

The following are President Trump’s comments on education in his inaugural address on Jan. 20, 2017:

At the center of this movement is a crucial conviction, that a nation exists to serve its citizens. Americans want great schools for their children, safe neighborhoods for their families, and good jobs for themselves. These are just and reasonable demands of righteous people and a righteous public.

But for too many of our citizens, a different reality exists: mothers and children trapped in poverty in our inner cities; rusted out factories scattered like tombstones across the landscape of our nation; an education system flush with cash, but which leaves our young and beautiful students deprived of all knowledge; and the crime and the gangs and the drugs that have stolen too many lives and robbed our country of so much unrealized potential. This American carnage stops right here and stops right now.

“Just like his nominee for secretary of education Betsy DeVos, our new president has confirmed in his inaugural remarks that he, too, knows nothing about public education in America,” said Carl Cohn, executive director of the California Collaborative for Educational Excellence, a new state agency charged with assisting California schools to improve, and a former superintendent at Long Beach Unified and San Diego Unified.

“He is is simply restating something that many in his party have been saying for 30 years,” said Plank. “You can draw a straight line from the claim in A Nation at Risk in 1983 that ‘a rising tide of mediocrity threatens our very future as a nation and a people’  to the assertion that our education system ‘leaves our young and beautiful children deprived of all knowledge.”’

“Neither statement is true,” said Plank. “Both are intended to undermine political and financial support for public schools and the people who work in them, rather than to improve the educational opportunities available to America’s children.”

Some were left speechless by his remarks.

“It is hard to know what to say,” said Linda Darling-Hammond, president of the Learning Policy Institute, who was just named the nation’s most influential university scholar in terms of impact on educational policy and practice.

Early in his address, Trump said, “Americans want great schools for their children, safe neighborhoods for their families, and good jobs for themselves.” These, he said, “are just and reasonable demands of righteous people and a righteous public.”

The assertion that schools are “flush with cash” will come as a surprise to most educators, parents, students and policymakers in California. While school funding has increased substantially during the two terms Gov. Jerry Brown has been in office, California ranks in the lower tier of states in per-student spending.

And the United States, in turn, lags many other developed countries of the world.

“America now spends less on education than most East Asian and European societies, our economic competitors,” said Bruce Fuller, a professor of education at UC Berkeley’s Graduate School of Education.

He also noted that there have been improvements in academic performance. “Our children’s learning curves have grown steeper – slowly but surely – over the past four decades,” he said. While there is universal agreement that students in California and nationally on average must do better, the most recent long-term review of scores between 1971 and 2012 on the National Assessment of Educational Progress, often referred to as “the nation’s  report card,” showed that the trends are moving in the right direction. Nine- and 13-year-olds scored 8 to 25 points higher in reading and mathematics in 2012 than students their age in the early 1970s. Scores were less encouraging for 17-year-olds, with scores about the same.

The long-term NAEP review also pointed to some progress toward closing stubborn achievement gaps between white and Asian students and their black and Latino counterparts.

Scores released in 2015 showed a slight dip for the first time in decades, but did not point to students lacking “all knowledge.” As affirmed in the Every Student Succeeds Act approved overwhelmingly by Congress in 2015, there is now also bipartisan agreement not to focus exclusively on test scores as a way to measure school performance.

“The new president displays an alarming disinterest in evidence,” Fuller said. “Let’s hope this administration gets beyond inaccurate sound bites, and leads from basic knowledge about our schools and the diverse families that they serve.”

Eric Heins, president of the California Teachers Association, said Trump’s remarks were “consistent with his over-the-top rhetoric that he has been using throughout the campaign.”

“It’s very unpresidential,” Heins said, pointing out that his remarks came against a backdrop of Trump’s promoting a school choice plan that includes extending vouchers to underwrite private school tuition, including religious schools. “Instead of working to improve public education, he seems hell bent on destroying it.”

Trump’s questionable assertions in a speech of such magnitude disturbed Christopher Edley Jr., president of the Opportunity Institute in Berkeley and a professor at UC Berkeley’s law school.

“It certainly doesn’t help kids to model such monumental disregard for facts and stubborn refusal to learn them,” said Edley, who was an adviser to Hillary Clinton during her campaign. He said that the confirmation hearing for DeVos this week on Capitol Hill indicated that she “may also be infected with the same malady.”

“Perhaps the burdens of office will work a cure,” said Edley. “I urge everyone to pray for, but not in, our public schools.”

Marshall Smith, the former dean of the Stanford Graduate School of Education and undersecretary of education in the administration of former President Bill Clinton, also worried about the lack of knowledge about the education system he said both Trump and DeVos have displayed.

Said Smith, “I would be happy to have both of them visit California, see some schools and spend a couple of hours with some people who do know something about the public schools.”

EdSource has sought comments from other education leaders representing diverse points of view and will update this report when they are received.