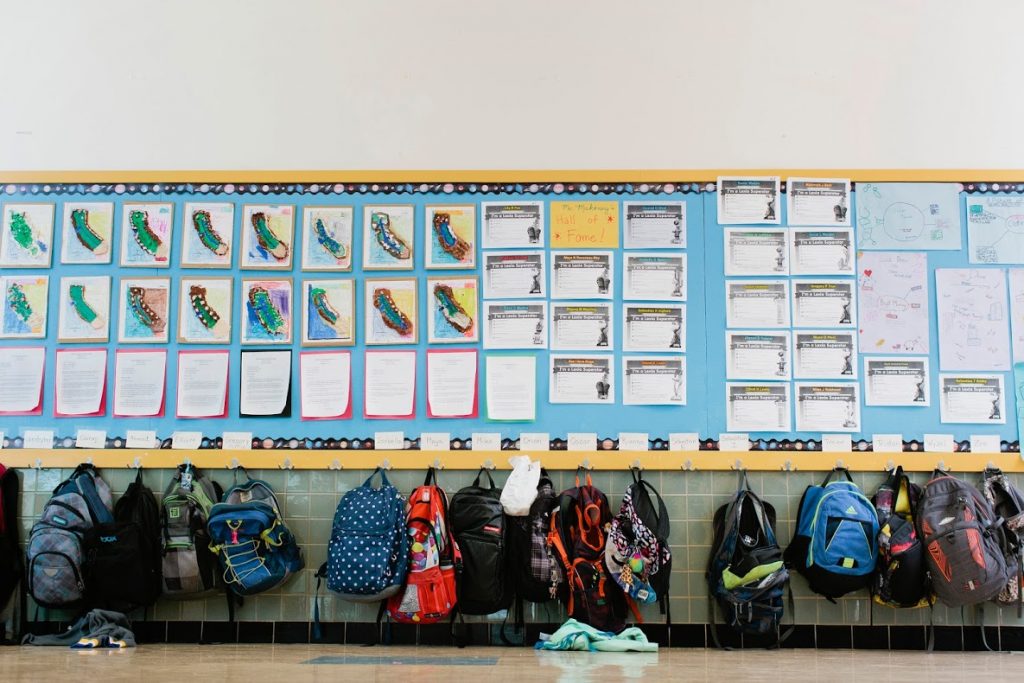 The author of legislation that would have required school districts to detail how much state funding they give to each school has stripped that language from the bill.

The Assembly had passed the bill 77-0, and two student advocacy groups that co-sponsored it, Children Now and Education Trust-West, lined up dozens of groups behind it. But groups representing county superintendents, school administrators and business officers, which had been silent in Assembly hearings, subsequently registered their opposition in a letter to the Senate Education Committee. After meeting with opponents and measuring the resistance, and likely opposition from the Brown administration, Weber and co-sponsors agreed last week to gut the bill of its strongest language. The California School Boards Association (see letter) agreed to support the revised bill, and the Association of California School Administrators agreed not to oppose it.

The bill had continued a running debate over the question: What information does the public need to determine if the Local Control Funding Formula, the landmark funding bill passed by the Legislature in 2013 and championed by Brown, is working?

Weber and the bill’s advocates argued that in many districts, spending under the formula is hard to track. Parents, legislators and the public can’t verify that additional money that the funding formula provides districts for low-income children, English learners, homeless children and foster youths is actually spent on them.

Their bill would have required that districts list how much money each school received from the formula, including a breakdown of the money that the targeted student groups generated for the district.

“Since lawmakers agreed to the Local Control Funding Formula, we have fought to make the vision of equity embodied in the law a reality,” Weber wrote in a statement. “Districts aren’t able to tell us — or in some cases won’t tell us — how money for targeted students has been spent.”

Under the formula, districts receive an additional 20 percent supplemental funding for each English learner, low-income student, foster youth or homeless student. If the student groups targeted for assistance make up slightly more than a majority of enrollment, districts receive additional concentration money.

Organizations representing school district administrators responded that the funding formula does hold districts responsible for how the money is spent — through the lens of improved student performance. Concentrating on spending details is the wrong focus, they argue.

“This is not to say that we resist being held accountable, but rather to say that we should be held accountable for student outcomes,” the California Association of School Business Officials and a half-dozen school management organizations wrote in a letter to the Senate Education Committee, which will hear the revised bill on Wednesday.

Edgar Zazueta, senior director of governmental relations and policy for the Association of California School Administrators, said Friday that school groups and the bill’s cosponsors did agree in the meeting with Weber to discuss further whether the funding formula law needs to be “tweaked” to provide more information on spending.

“We are sensitive to the issue. It’s hard to argue against transparency when there are members who need to do a better job,” he said. “Next year, the last before the governor leaves office, might be the time. We do recognize a conversation needs to be had.”

Weber and the co-sponsors did keep one provision they consider essential. The Every Student Succeeds Act, the federal law that Congress passed in 2015 to replace the No Child Left Behind Act, does require that districts provide a breakdown of federal, local and state funding at each school, including actual teacher salaries as opposed to an average teacher salary applied uniformly to every school. Most states and districts have used the latter method. (Weber’s original bill would have required more extensive details for state funding than the federal law and the funding formula require.)

Since President Trump rescinded regulations on the federal law, it’s now up to each state to decide how much detail is required in the school reports. The bill will require state officials to create standard criteria for reporting the expenditures at the school level by next March and to have schools report them in 2018-19.

Framing the compromise in its best light, Ryan Smith, executive director of Education Trust-West, wrote in an email that the latest version “retains the core component of the bill giving parents, educators, students, and other local advocates school-site level per-pupil expenditure data that is comparable across schools and districts. That last part we think is key.”

Smith also said that, even though the state portion of the funding won’t be broken out, parents and advocates “should be able to determine if schools with greater needs are spending more per pupil.”

Joe Kocurek, a spokesman for Weber, agreed. He said the the level of detail “won’t be as granular as we had been hoping for, but the public will have sufficient data to understand how money is spent at a local level.”

Disagreements over the formula

When the funding law was being negotiated in 2013, a number of advocates for high-needs students called for funding the formula at the school level, to ensure schools get the money where the children attend. But Brown insisted that money be funneled through districts; school boards should drive decisions on how money is spent, he said.

“We don’t do everything at the state level; we expect that to be done by local government and school boards that are democratically elected,” he said during a press conference on the state budget in May. “That is where the action is in terms of accountability.”

The funding law doesn’t require that districts detail how they spend supplemental and concentration funding. Instead, State Board of Education regulations give districts the option of increasing or improving services for targeted student groups in proportion to extra dollars the districts receive. That’s a harder gauge to measure. Additionally, when targeted student groups make up slightly more than a majority of enrollment, districts are allowed to spend supplemental and concentration dollars for all students districtwide as long as they primarily benefit the targeted students.

Studies by Ed Trust-West, the nonprofit law organization Public Advocates and other researchers (see here and here) have found that some districts met the spirit of the law, adding counselors and enrichment programs and reducing class sizes in schools with mostly high-needs students. Some districts, such as Long Beach Unified, give schools supplemental and concentration dollars that parents and principals can decide how to spend.

But others have spent those dollars on new technology or salaries that should be charged to base funding, or converted unused supplemental and concentration funding into General Fund dollars at the end of the year — a practice the law permits. Budget documents are vague about the source of funding.

Other analyses, the latest by CALmatters, found that the achievement gap — at least as measured by standardized test scores — has not closed and in some instances has widened, despite extra state funds for low-income students and English learners. State Board of Education President Michael Kirst and others countered that two years of scores under a new testing system is too short a time to measure the law’s effectiveness.

Acknowledging that the funding law is “still a work in progress,” the administrator groups said in their letter that it is premature to change it.

Since the passage of the funding formula in 2013, the state has created a new accountability system, which will go into effect this fall. It includes a color-coded online presentation, called the California School Dashboard, that allows the public to see at-a-glance how schools, districts and student groups are performing on multiple indicators.

Districts are required to spell out in their Local Control Accountability Plan how it will help schools and student groups that are performing poorly. In its letter, the school districts group noted that the latest version of the LCAP, adopted for the current year, includes suggestions for more financial transparency and details on spending, although Weber and critics say it doesn’t go far enough.

Keep in mind, the groups wrote, that “the LCAP was meant to be a strategic and long-term planning tool, not an accounting document.”

H.D. Palmer, a spokesman for the Department of Finance, said the administration has opposed previous efforts to require more reporting of supplemental and concentration grants. “We believe that the LCAPs and district budgets contain a sufficient level of detail on these expenditures,” Palmer wrote in an email. Three years ago, Brown rejected an effort by Weber and legislative leaders to include reporting of funding formula spending at the school level in negotiations over the state budget.

So far, Brown has resisted any effort to amend the law.