Declaring a truce in the charter versus district school wars 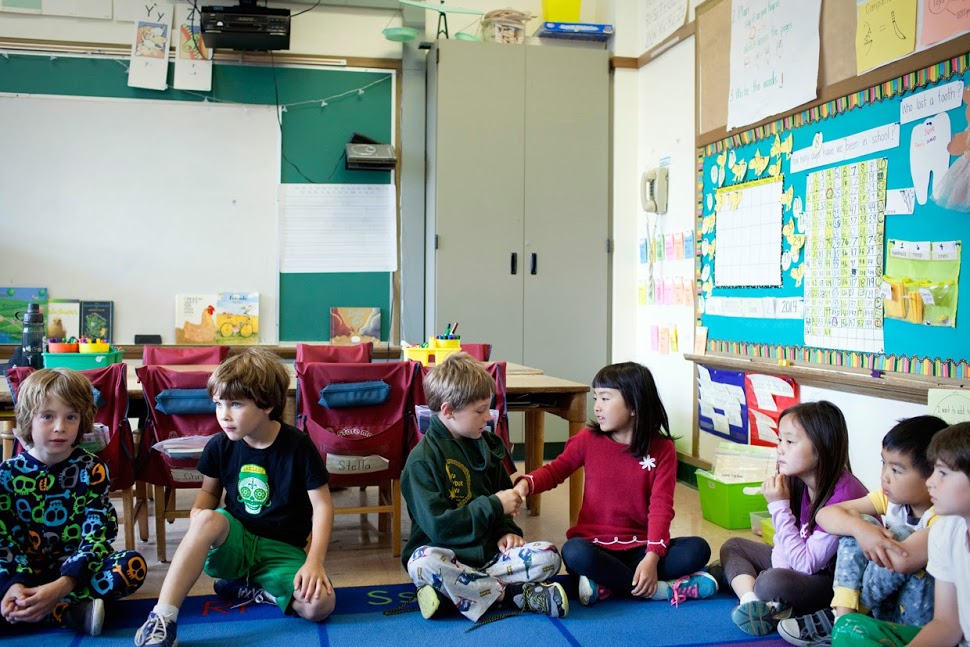 We live in a time of inflamed rhetoric where it somehow seems permissible to denigrate people who may not share our views without ever actually listening to them. Particularly when it comes to public schools, I’m hoping we might listen a little more and shout a little less.

All of us, even those of us who are truly accomplished educators, have a lot to learn. There certainly are plenty of students who need our collective help in their own learning. I just celebrated 50 years as an educator. That is perhaps enough experience to have a bit of perspective.

I started as a teacher in the summer of 1967, the “Summer of Love” as it was called.

I’d traveled from my hometown of Philadelphia to a small farming town in central California to teach middle school. On a Saturday morning, I entered my classroom to begin getting my room in shape for the 7th graders I was going to inspire to be mathematicians.

On my transistor radio I listened to Procol Harem’s Whiter Shade of Pale and Light My Fire and tried to figure out the ersatz air conditioner — a swamp cooler — in the window. The radio played the Beatles All You Need Is Love.

But sitting in my classroom, alone on that Saturday, figuring out how and when I should turn on the cooler and just what those bulletin boards should look like, I realized that Lennon and McCartney lied to me. I needed far more than love. I needed help, wisdom, experience and more answers than I could imagine — and I hadn’t even met my students yet.

Throughout the next quarter century I continued to be a committed and inspired public school educator. To me teaching is one of the most noble and dignifying of professions. It is also lonely and vexing and every educator longs to be better for their students. Not once in my career did I ever believe that any teacher, principal or superintendent started their morning thinking, “How can I ruin my students today?”

But I often thought that teaching is too private and too devoid of serving as a learning institution for the very adults that long to better serve the young people in their care.

My experience is that learning from colleagues matters. It made me better to talk with those middle school math teachers who’ve unlocked ways to help their students solve problems like:

As a salesperson, you are paid $50 per week plus $3 per sale. This week you want your pay to be at least $100. Write an inequality for the number of sales you need to make and describe the solutions.

I didn’t care if that teacher taught at our rival middle school in the district or the Catholic school down the street. It’s about me getting better for my students. I love and respect my colleagues who shared their successes, failures and quandaries. “Secret sauce” may work for In-N-Out Burger but not for public education.

A quarter century later, it’s 1991 and I’m now a school district superintendent in Silicon Valley. I read that California’s governor has signed a charter school bill to allow for 100 schools that had the opportunity to “encourage the use of different and innovative teaching” and/or “create new professional opportunities for teachers, including the opportunity to be responsible for the learning program at the school site.”

So my community — the parents, the board of education, our teachers and civic leaders — got behind the San Carlos Charter Learning Center. It was the first charter school in California and the second in the nation. We didn’t do it to create competition or to embarrass the other schools in the district or area. We did it because we needed to get better at integrating technology in the classroom and find better ways to implement multi-age instruction. It was a concrete symbol that schools have to be purposeful learning organizations that advance the capacities of both the students and the staff.

As one of the earliest founders in the charter public schools sector I want to be clear: Our work was about innovating and committing to learning and sharing what we learned with teachers and principals everywhere. It was not about crushing the competition, as some critics are wont to say.

Today, another quarter century has passed and some people fan the flames of “charter schools versus district schools” drama rather than dramatic support for teachers and principals. I suggest we embrace the latter. Let’s leave crushing the competition to the National Football League and not act like it’s the reason educators create and work in charter public schools.

That’s why I delight in KIPP’s college completion initiative and the hundreds of traditional high school counselors who are learning alongside the KIPP team. And the same goes for Summit Prep’s Learning Program and the 3,000 plus teachers (both district and charter school teachers learning side by side) who came to learn.

Let’s celebrate similar efforts like STRIVE Prep’s relentless pursuit to improve support to students with disabilities, because we know that every teacher who has a student with an IEP longs for more tools and techniques.

In many ways, California has been a leader of the kind of charter-district collaboration that makes a difference. Years ago, the Lodi Unified School District agreed to serve as a fiscal agent for Aspire and, in return, got access to an early-college high school model for the district. Both organizations and their students won.

Today, there is a unique partnership in Lindsay Unified School District with Summit Public Schools where the district and charter organization are together building a better high school delivery program for English learners.

But you can see such collaborations outside of California as well. In Texas, for example, the Spring Branch Independent School District is working with both KIPP and Yes Prep in ways that strengthen college going in the traditional district and give charter students access to additional educational options and extra-curricular programs.

For me, that is the point. Fifty years past The Doors and the Monkees keeping me company in my classroom, teachers still seek to get better and they don’t care if their learning comes from a teacher in a charter school or a neighborhood public school. It’s about getting better.

So, let’s celebrate — and give thanks to — those schools, charter and district, that commit to learn with and for one another — students and adults alike.

Don Shalvey is deputy director of K-12 at the Bill & Melinda Gates Foundation. He has been a teacher, principal, school district superintendent and co-founder of Aspire Public Schools. He was formerly a member of the EdSource Board of Directors.

To commemorate EdSource’s 40th anniversary, we are publishing a series of commentaries on major educational changes in California and beyond by educators who have been close to EdSource since the organization’s founding. This is the first such commentary.

EdSource receives support from more than a dozen philanthropic organizations, including the Bill & Melinda Gates Foundation. Editorial content and decision making and content are under the sole control of EdSource.

A version of this commentary first appeared in The 74.