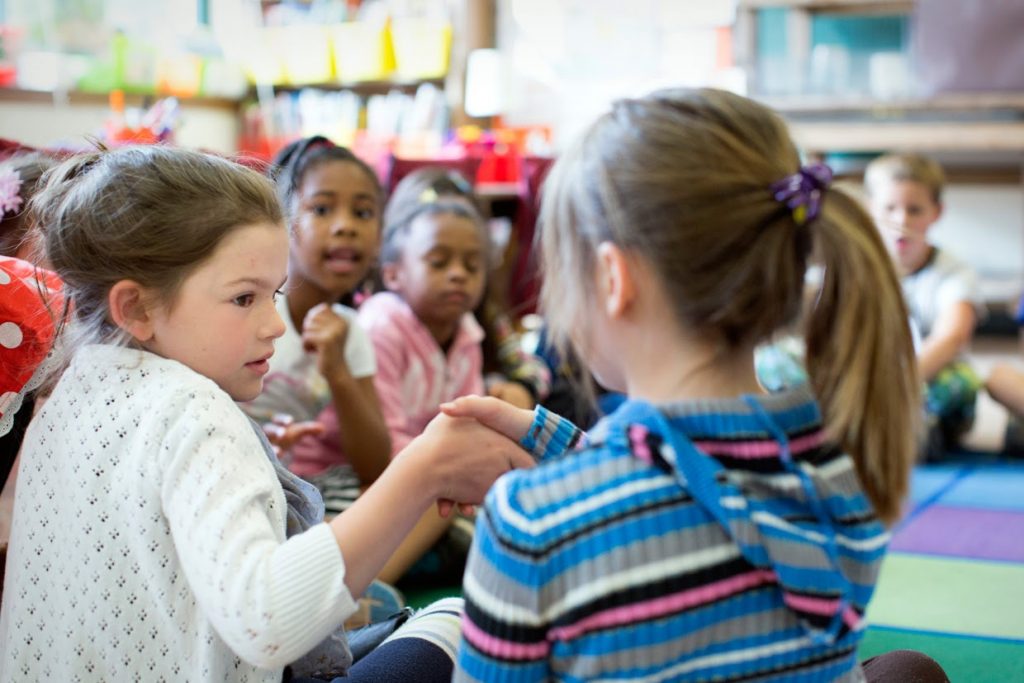 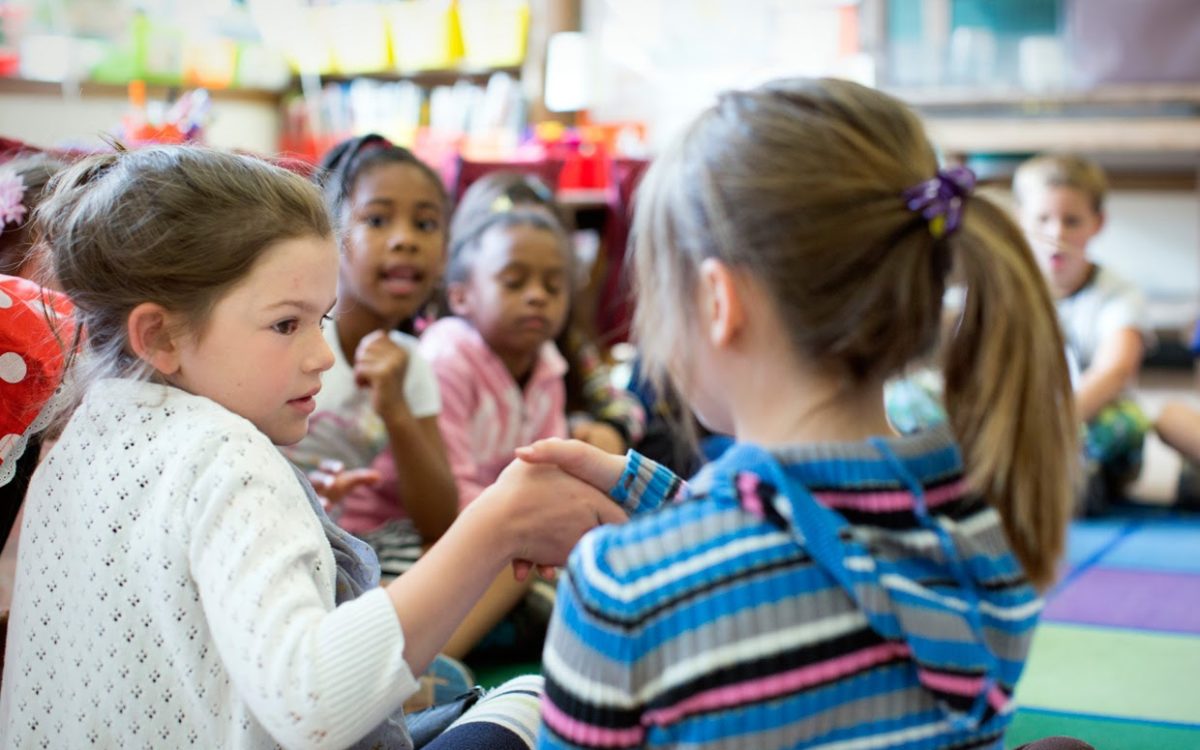 Stagnant state funding, rising costs and possible cutbacks in federal support are threatening the viability of California’s subsidized after-school programs, which serve 859,000 low-income students in 4,500 schools across the state.

Besides offering a safe place for children while parents are working, after-school and summer programs provide homework help, hands-on science and arts projects, field trips, sports, social-emotional support and meals. The programs are free to parents of low-income students.

Although California invests more than any other state in after-school programs, the state’s program is struggling financially. Lawmakers have not increased funding for the program since its inception in 2006. During the same time, program costs rose as the minimum wage jumped from $6.75 to $10.50 an hour. Salary costs will continue to climb with ongoing increases that will drive the minimum wage to $15 an hour in 2021.

The state law that created the program also limits the flexibility providers have to manage costs. Funding is based on $7.50 per pupil each day for a program that must stay open until 6 p.m. on school days and operate a minimum of 15 hours a week. Pupil-to-staff ratios must be no higher than 20 to 1.

Many programs used to have a year-round, full-time site coordinator, who would train staff and work with the school to ensure that the after-school program was enhancing what the students were learning during the school day. Now the programs have a part-time coordinator for 180 days, he said.

During the past two state budget cycles, advocates have pressed legislators and the governor for an increase in state funds. Currently, they are focusing their efforts on Senate Bill 78, introduced by Sen. Connie Leyva, D-Chino, which would raise funding to $9 per pupil per day and would tie future funding increases to growth in the minimum wage.

In the near future, many after-school programs are facing another threat – the Trump administration has proposed ending the 21st Century Community Learning Centers grants. The elimination of the grants could occur as early as the 2017-18 fiscal year, which begins Oct. 1. However, the current budget deal being put forward by Congress proposes a small increase for the programs through September.

In addition to financing the programs, the federal funds support implementation of the state’s quality standards, which, like the Common Core standards, emphasize that students need to be in charge of their learning and collaborate with each other on hands-on projects and experiences. The standards also call on programs to promote physical fitness, provide nutritious meals, and embrace equity and diversity. Programs are expected to collect data on how their students are progressing socially and academically and develop plans for improvement.

“If the president’s skinny budget comes to fruition, it would be devastating,” Funk said.

Federal funds support staff at 16 county offices of education and the state who review data and identify programs that are having trouble meeting attendance goals, an indication of low quality, Funk said. The team provides coaching and mentoring and often connects a struggling program with a successful program nearby.

Funk has attended meetings with after-school organizations from other states, including states where the majority voted for Donald Trump, and the 21st Century federal grants are the only funding they have, he said.

“I would be shocked if [Trump’s proposal] would get through Congress,” Funk said. “But I would not be surprised if there was a cut.”

The Trump administration, through Mick Mulvaney, the director of the Office of Management and Budget, has justified eliminating the grants, saying “there’s no demonstrable evidence” that after-school programs are “helping kids do better in school.”

Although research studies have found mixed test score results, the potential effects of participation in after-school programs “on academic attitudes, work habits and social development should not be overlooked,” noted researchers from the National Center for Research on Evaluation, Standards and Student Testing, or CRESST, at the UCLA Graduate School of Education & Information Studies.

CREEST’s study of LA’s BEST after-school program in 2007 found the primary positive effect of the program was the prevention of juvenile crime. The researchers said that the cost savings associated with preventing crime and helping students graduate from high school and build productive lives more than paid for the program.

In an evaluation in 2011 of the programs supported by the state and federal grants, CREEST researchers found improved English and math test scores for African-American, special education and the lowest-achieving students. They also found that programs that focused on developing social and emotional skills helped build students’ future aspirations, life skills and confidence that they could succeed academically.

“It seems like people are waiting for programs to close to sound the alarms and get a sense of urgency,” said Eric Gurna, president and CEO of LA’s BEST.

Educators have touted these benefits, but that has not resulted in financial support. Both small and large after-school programs in California are struggling. A February 2016 survey of after-school providers in 250 school districts by the Oakland-based advocacy group Partnership for Children & Youth found that 29 percent of the 676 program providers who responded to the survey said they were likely to close in the next two years without an increase in funding.

One of the programs that might close is at the Powell Academy for Success in Long Beach. After-school students at Powell no longer make boomerangs from card stock, create gooey slime or do any other science experiments.

“We used to have 40 science kits, but now they’ve dwindled to two or three,” said Jacqueline Olazaba, site director for the WRAP Expanded Learning Program at the K-8 school. “For some period, we were able to buy materials because some of them are not too expensive, or modify the experiments, but now we hardly have any funds, so it’s not really worth it.”

Like other after-school programs throughout the state, funding for Powell’s program has stagnated during the past 10 years while staff salaries have risen. Olazaba spends 97 percent of her budget to pay her staff, who are district employees. “The next time the district gives staff raises, the program will have to close,” she said. “For now we can only plan for the end of this year.”

Large programs, which can rely on economies of scale and run short-term deficits to get by, are also in jeopardy of closing or having to cut back on full-time staff, reducing coordination with the school, which, directors say, is necessary to support a quality program. Four of the largest after-school programs – serving about 200,000 students – are estimating budget deficits of more than $9 million combined by 2018 if funding remains the same, said Eric Gurna, president and CEO of LA’s BEST, who surveyed three other large providers: THINK Together, After-School All-Stars and California Teaching Fellows Foundation. Gurna estimates LA’s BEST’s deficit will almost double, from $808,511 in 2017 to $1,562,187 in 2018.

“It seems like people are waiting for programs to close to sound the alarms and get a sense of urgency,” he said.

In the past, Gov. Jerry Brown has opposed any increases in state funding, saying if districts consider the program important, they can use Local Control Funding Formula funds to support it. The formula targets extra funds to low-income students, English learners and foster children, and gives districts authority on how best to use those funds to improve student achievement. So, theoretically, districts could funnel those funds to their after-school programs for low-income students.

But Jessica Gunderson, senior director, policy and communications, for the Partnership for Children & Youth, takes issue with the governor’s stance. The funding formula money for low-income students is “supposed to be used for increased or improved services, not backfilling budget gaps,” she said.

Leyva said she hopes the governor in the May Revision of his budget will reconsider his stance on funding after-school programs, particularly with the new threat from the federal government.

“When I introduced SB 78, I thought this was a good bill and important to do,” Leyva said. “Now that we hear that Trump might cut the federal funding, the urgency of the bill is heightened. I hope the governor will see what is happening in Washington and also have a sense of urgency with this bill.”