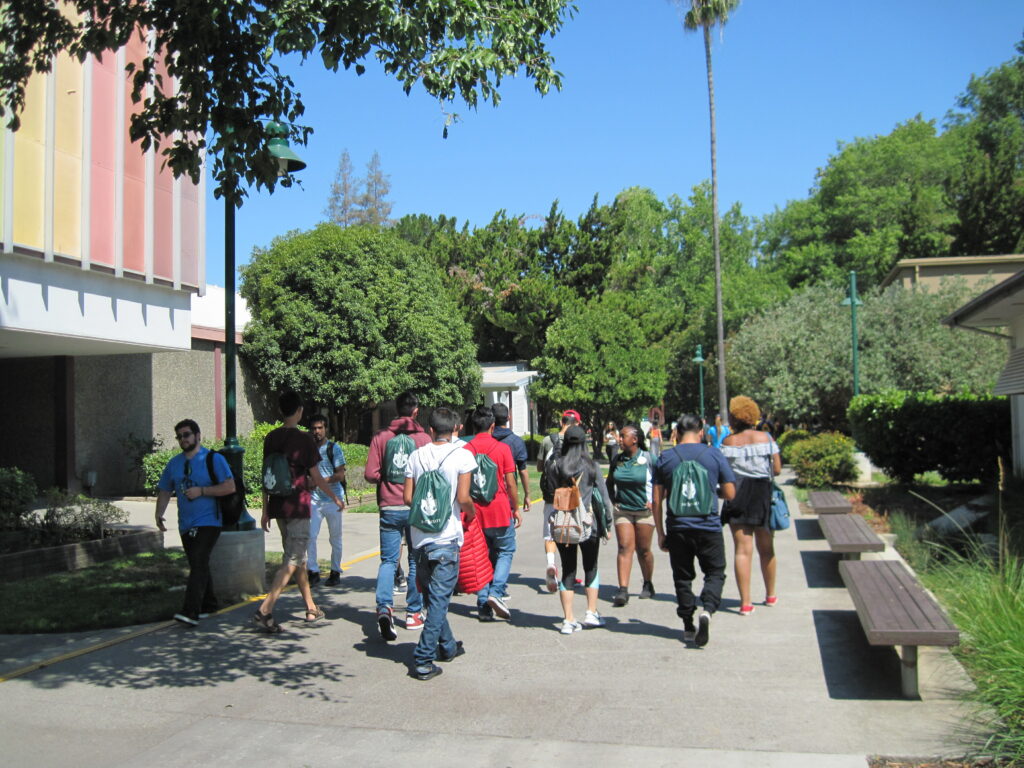 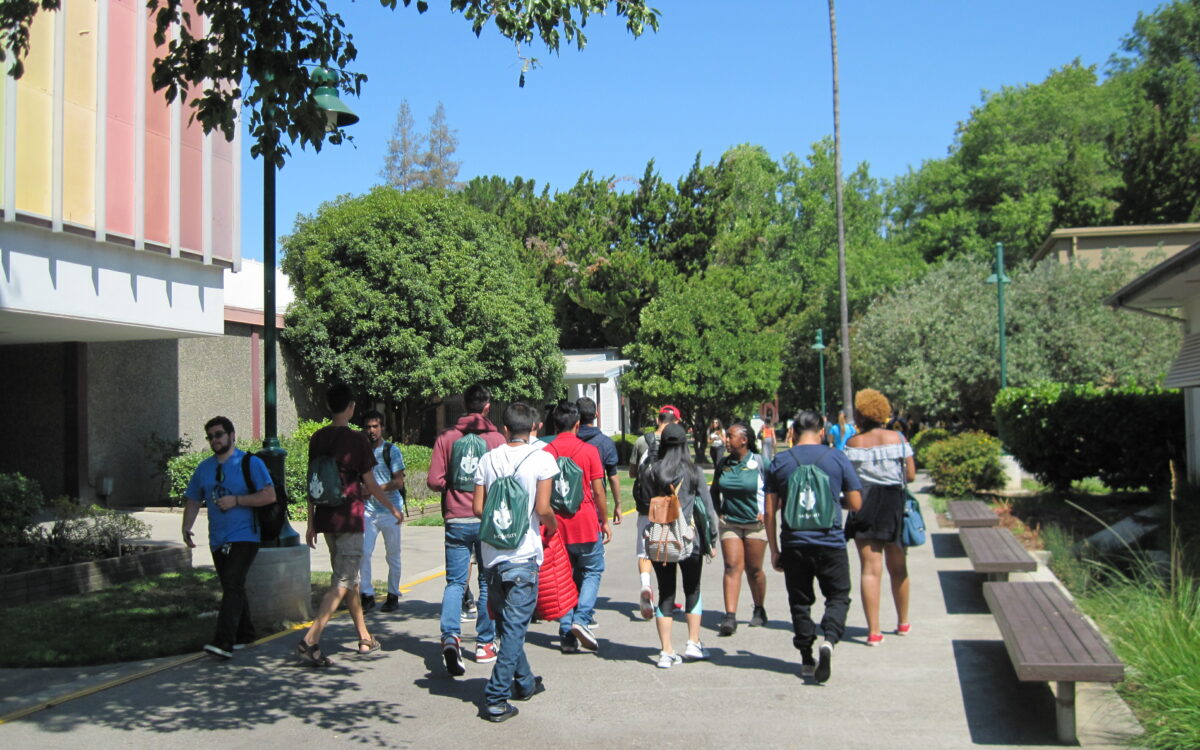 California’s so-called “Dreamers” — young people who came to the U.S. as children — are as varied as the state itself.

They’re college students, real estate agents, psychologists, social workers, teachers, new mothers, homeowners, business owners, high school students and others who are embedded in the daily life of California. Many have been in the U.S. since they were small children.

Now they face the loss of work permits and legal residency status, and possible deportation, in the wake of President Donald Trump’s decision Tuesday to phase out the Deferred Action for Childhood Arrivals program. 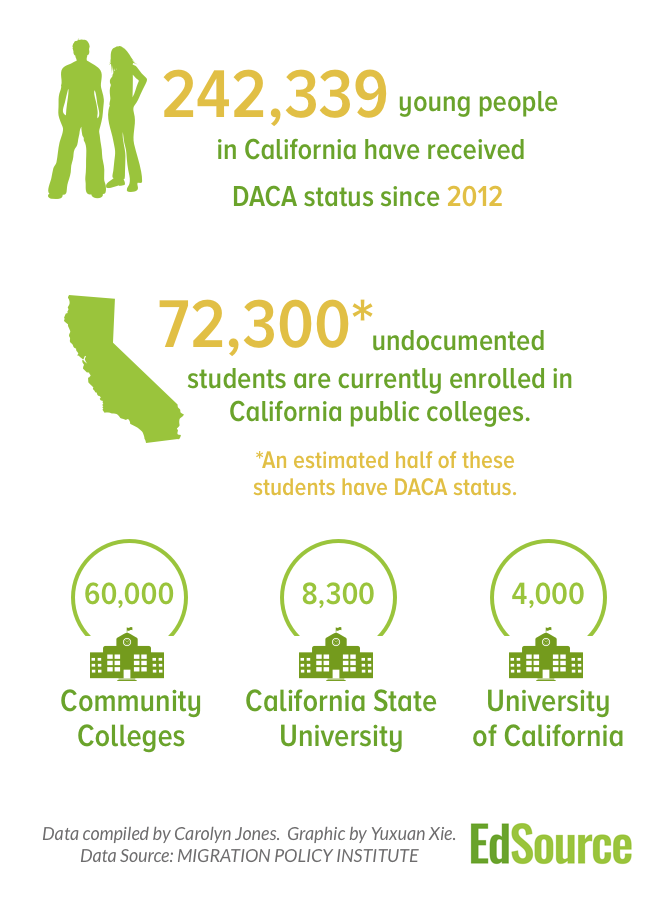 “Right now, there’s a lot of sadness. And anger,” said Samuel Molina, California state director of Mi Familia Vota, an immigrants’ rights nonprofit based in Phoenix. “And almost overwhelming disappointment. We’re trying to remind them that it was undocumented young people who fought for DACA to begin with, and we just need to keep fighting.”

DACA was a 2012 executive order by former President Barack Obama that offered legal protection to undocumented immigrants over age 15, allowing them to work legally in the U.S. on renewable, two-year permits. Trump said the order was unconstitutional because it bypassed Congress, and he called on Congress on Tuesday to pass a comprehensive immigration law.

Under the DACA repeal, current DACA permits are valid until their expiration date but the Department of Homeland Security will not accept new applications. Those whose DACA status expires before March 5, 2018, have until Oct. 5 to apply for renewal.

The DACA repeal affects about 800,000 young people in the U.S., with 242,339 of those living in California. The Migration Policy Institute estimates that about half of the undocumented young people who qualify for DACA have actually received it.

In California, an estimated 15 percent of the DACA recipients are enrolled in college. The rest are still in high school, have already graduated from college or are working. An estimated 71 percent of those eligible for DACA status are from Mexico, but 17,000 came from Korea and 10,000 were born in the Philippines. The Public Policy Institute of California estimates that overall, 13 percent of California’s undocumented immigrants came from Asia.

Some proponents of immigration reform hailed Trump’s DACA repeal, saying it’s an important step to reducing immigration overall and shifting to a merit-based system for those who want to move to the U.S.

“The winding-down period will not only give DACA recipients time to get their affairs in order, but also gives Congress a unique opportunity to re-engage in the immigration debate,” said Dan Stein, president of the Federation for American Immigration Reform.

But meanwhile, California is among several states preparing to sue the Trump administration over the DACA phase-out. DACA is a popular and successful program whose repeal is not only inhumane but would cost the state more than $1 billion as employers replace DACA recipients who’ve lost their work permits, said California State Attorney General Xavier Becerra.

That might be small comfort to people like Lupe Sanchez, 20, a DACA recipient who’s about to start her third year at UCLA. She said Trump’s announcement stirred up anxiety and uncertainty about the future, as she has one year remaining on her DACA permit before facing possible deportation.

Complicating matters, her parents and one of her siblings are undocumented and don’t qualify for DACA or any other legal protections, while she and a brother have DACA permits and two younger siblings were born in this country and are citizens. She arrived in the U.S. at age 4.

Sanchez, a psychology major, said she knows that, before DACA, many college graduates were forced to “work under the table and accept whatever job they could get. It’s pretty upsetting that that might be me in the near future.”

Learn more about undocumented immigrant students in California by viewing “East of Salinas,” a PBS documentary that traces a student, his teachers and family over several years in the Salinas Valley. An update to the story is here.

She intends to finish her bachelor’s degree at UCLA while continuing to work two part-time jobs and save as much money as she can. But she’s not optimistic about Congress reviving some form of immigration protection for Dreamers. “I don’t think there is going to be much change,” she said.

Frank Rodriguez, a community organizer for Cause Now, a housing and immigrants’ rights nonprofit in Santa Barbara, said DACA recipients and their families should keep fighting. Pro-DACA rallies have been held in several cities along the Central Coast in recent days, and more are planned.

“Undocumented young people are a strong, organized group. If Trump thinks he’s going to get rid of them, he’s barking up the wrong tree,” Rodriguez said. “Of course people are concerned, but they’re also organizing. They’re going to fight this.”

California State University, the University of California and California Community Colleges, which enroll a combined 73,000 undocumented students, all issued statements of support Tuesday for DACA students. Undocumented students will continue to be eligible to enroll at public colleges and universities and receive state financial aid, regardless of their DACA status.

The University of California and California State University did issue advisories for DACA students studying abroad, however. DACA students will no longer be eligible to study abroad, effective Tuesday, and those who are already overseas should contact the undocumented student program at their home college for guidance. Some colleges are advising DACA students abroad to return to the U.S. immediately.