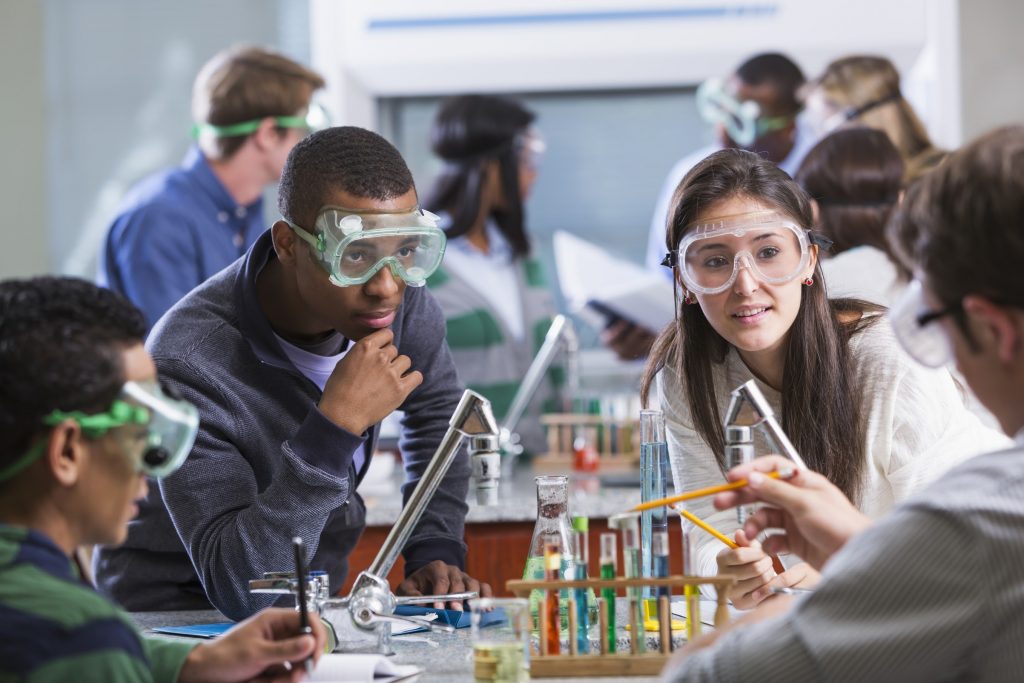 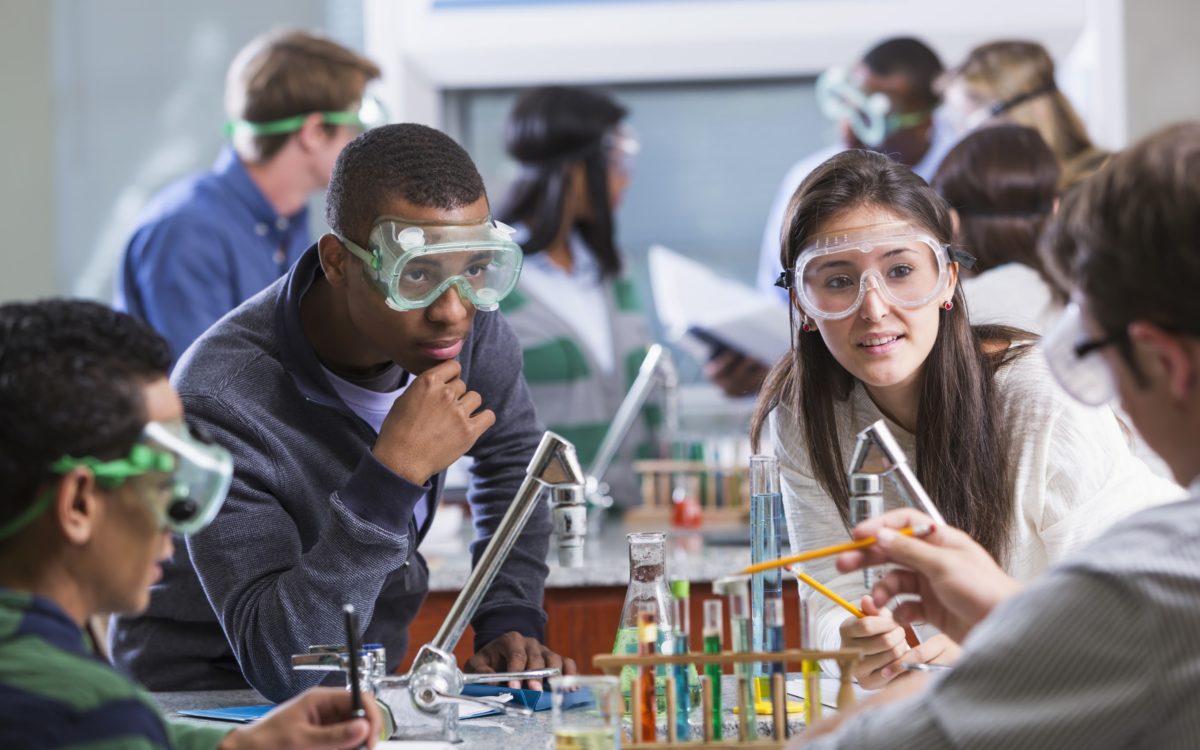 The online survey of 1,200 registered voters in California found that 87 percent favored schools putting “greater emphasis on integrating science as part of the entire public school curriculum.”  Although by far the majority of respondents said they had never heard of the  Next Generation Science Standards, the new science standards adopted by the state in 2013, 68 percent support the concept once the standards were described to them.  The poll was conducted from late August to early September.

“It is great news that 68 percent of poll respondents favor the approach the Next Generation Science Standards take to teaching and learning, so that students understand how scientific concepts fit together and are applied in today’s world,” said Trish Williams, a member of the California State Board of Education and board liaison for implementation of the Next Generation Science Standards and a computer science curriculum.  “California is seen as a national leader on the new science standards,” she said.

Opinions are highly partisan, with about twice as many registered Democrats (59%) as registered Republicans (30%) saying placing a greater emphasis on integrating science into the school curriculum is very important.

There are also regional differences. While majorities of voters in Los Angeles County (58%), the San Francisco Bay Area (58%) and the South Coast (53%) believe putting greater emphasis on science in the public school curriculum is very important, fewer  voters in the Central Valley (37%) or those living in other areas of Southern California (38%) say this.

The Next Generation Science Standards represent the first major overhaul of K-12 science education standards in California since 1998.

The new standards encourage critical thinking over rote memorization, and emphasize hands-on learning, with more classroom-based experiments. They stress core ideas which can be integrated across major scientific disciplines ( life, earth and physical sciences). The standards also encourage students to investigate, collect and use data, and give evidence-based explanations for what they discover.

Eighteen states and the District of Columbia have adopted the standards. Schools across California are introducing the standards now at different levels of intensity. The state is also developing an online standardized assessment to determine how well students are learning the new standards, known as the California Science Test, or CAST. Last spring, students in 5th and 8th grade and either 10th or 11th grade took a pilot version of the test, and are expected to take the full test in spring 2019.

The standards have received far less attention than the Common Core standards in math and English language arts which have been a top state priority since they were adopted in 2010.

It is therefore perhaps not surprising that despite the public’s support for a greater emphasis on science in the schools, 82 percent of respondents had never heard of the Next Generation Science Standards, the survey found. When told what the goals of the standards are, however, 68 percent said they support them. Only 2 percent said they strongly opposed the new standards. A quarter said they had no opinion.

Considerably more parents of school-age children — some 40 percent — said they have heard of the standards compared to registered voters generally.  But the majority of parents have not heard of them, although they strongly endorse the standards (73 percent) once they are given a brief description of them.

The lack of awareness over Next Generation Science Standards is a problem, said Kathy DiRanna, director of the K-12 Alliance at WestEd, which promotes high-quality science and math education.

“We need to do a better job of reaching out to the community,” she said, noting that discussions and materials promoting expanded education in science, math, engineering and technology (STEM) rarely mentions the Next Generation Science Standards specifically. “I do think people need to know what’s happening in the schools with science education. Science is core to everything, it’s life.”

Jill Grace, president of the California Science Teachers Association, said parents and members of the public who want to learn more about the Next Generation Science Standards can check out a range of resources, including flyers and videos prepared by the association for parents.  She also encouraged them to attend  Local Control and Accountability Plan meetings in their local school districts to find out what more about local plans for science instructions.

The Berkeley IGS/EdSource survey found not only strong support for science education, but for computer science and coding, as well. Eighty-five percent of respondents said they think it’s “very important” or “somewhat important” for schools to put a greater emphasis on computer programming and coding and offer more courses on these topics. Only 7 percent said computer science is “not important.”

Among registered Democrats 52% consider this very important, while just 34% of Republicans do so.

“I’m not surprised at all. California is a very forward-thinking state, and parents know these are the skills of the future, the jobs of the future,” said Stephen Callahan, a STEM coordinator for the San Joaquin County Office of Education who is on the Computer Science Standards Advisory Committee, whose members are appointed by the State  Board of Education. “This is an exciting time. This is a new science that we’re putting in the hands of the next generation.”

Jared Amalong, a computer science coordinator for Sacramento County Office of Education who is also a member of the Computer Science Standards Advisory Committee, said the survey results will help boost efforts to expand computer science education by showing strong public support for it.

“Computer science is a great career choice, but even if a student wants to pursue something else – become a doctor, an architect, a pharmacist – computer science provides transferable, 21st-century skills,” he said. “I think the survey shows people understand that.”

The Berkeley IGS/EdSource poll results were similar to those of 2014 survey by Google and Gallup that found 91 percent of parents nationwide want their children to learn computer science.

California is currently crafting K-12 computer science standards, based on a national framework,  for adoption statewide in 2018. And the College Board’s new Computer Science Principles Advanced Placement course, introduced last year, was offered at 2,500 high schools nationwide and resulted in 50,000 students taking the exam, making it the most successful AP launch in the College Board’s 60-year history.

“Computer science is now seen as a new foundational course for a well-rounded K-12 education,” Williams said. “Today’s students need to understand the digital world they live in, just as they take science to understand the natural world and take history and social studies to understand the cultural and political world.”

The Berkeley IGS Poll, based at UC Berkeley’s Institute of Governmental Studies, conducted the poll in partnership with EdSource. Respondents were drawn from a statewide YouGov Internet panel, with an estimated margin of error of +/-4 percentfor the overall sample. The characteristics of those polled approximated the demographic profile of the state’s overall registered voter population.

For a more detailed description of the questions on science on the poll and the results, please go here.