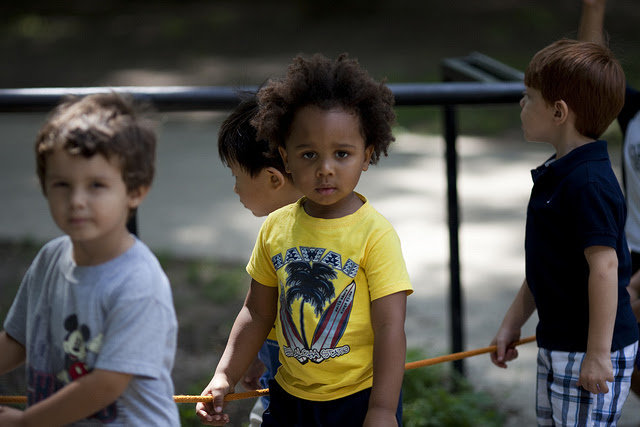 Sixty-two percent of California’s nearly 2 million babies and toddlers are born into low-income households, making them more vulnerable to neglect, trauma and developmental delays, according to a new report released by Children Now, a statewide research and advocacy organization based in Oakland.

The report, titled “Starting Now: A Policy Vision for Supporting the Healthy Growth and Development of Every California Baby,” highlights policy goals and guidelines to better serve California’s infants and toddlers. It states that California isn’t spending enough on its youngest children at the most critical and formative years of their lives.

Ted Lempert, president of Children Now, said that the lack of investment is jeopardizing young children’s health and welfare as well as California’s economy. “Our state’s babies and toddlers deserve better,” Lempert said.

The report focuses on a broad range of issues affecting children’s health, welfare and education, including how to promote healthy children, foster stronger families, enrich early learning and strengthen communities.

The broad focus was deliberate and part of the central message in the report, said Stacy Lee, a managing director for Children Now and a member of the writing and research team on the report. California needs to have a range of strategies to effectively support young children and families, she said.

“There is no silver bullet to ensuring that children get everything they need. There has to be a comprehensive ray of support and a system that addresses some of the serious issues this population is affected by,” Lee said. “There is a patchwork and there is an ecosystem, but they are not always well coordinated in California.”

To promote healthy children, the report outlines that policies should “ensure all children receive regular, routine developmental screenings in health care settings and are linked to needed supports as appropriate.” It also says that state officials need to ensure maximum enrollment in health coverage programs like Medi-Cal and food nutrition service programs such as Women, Infants and Children (WIC).

The report emphasizes that policies need to align to ensure that all professionals working with young children and families complete coursework or training on trauma-informed practices, which includes training on reporting child abuse and neglect. According to a Public Health Institute survey cited in the report, 46.7 percent of California’s parents and caregivers experienced trauma as a child, something that can have a lasting affect on a caregiver’s health, behavior and well-being.

High-quality early learning should be a top priority, especially since statewide, licensed child care capacity is only enough to serve 20 percent of all infants and toddlers ages 0 to 2, according to the report. It also states that annual health and safety visits and oversight of licensed child care settings need more “uniform program standards.”

The report highlights that “all of the most vulnerable families” should have access to comprehensive programs such as Early Head Start, a federal-to-local grant program that provides services at home or at child care centers for infants and toddlers under the age of 3. Currently, only 4 percent of eligible children are served by Early Head Start, the report states.

Local and state policy leaders need to work together to create safer communities for children, according to the report, which says that almost 40 percent of women live in high-poverty neighborhoods at the time they give birth. One recommendation listed in the report is to “increase the number and safety of publicly-managed parks, open spaces and walking paths in low-income communities, including play zone areas for toddlers.”

“You can help the mom and you can help the babies, but if they walk outside and things are not safe and they don’t have an opportunity to play, then that’s another challenge,” Lee said.