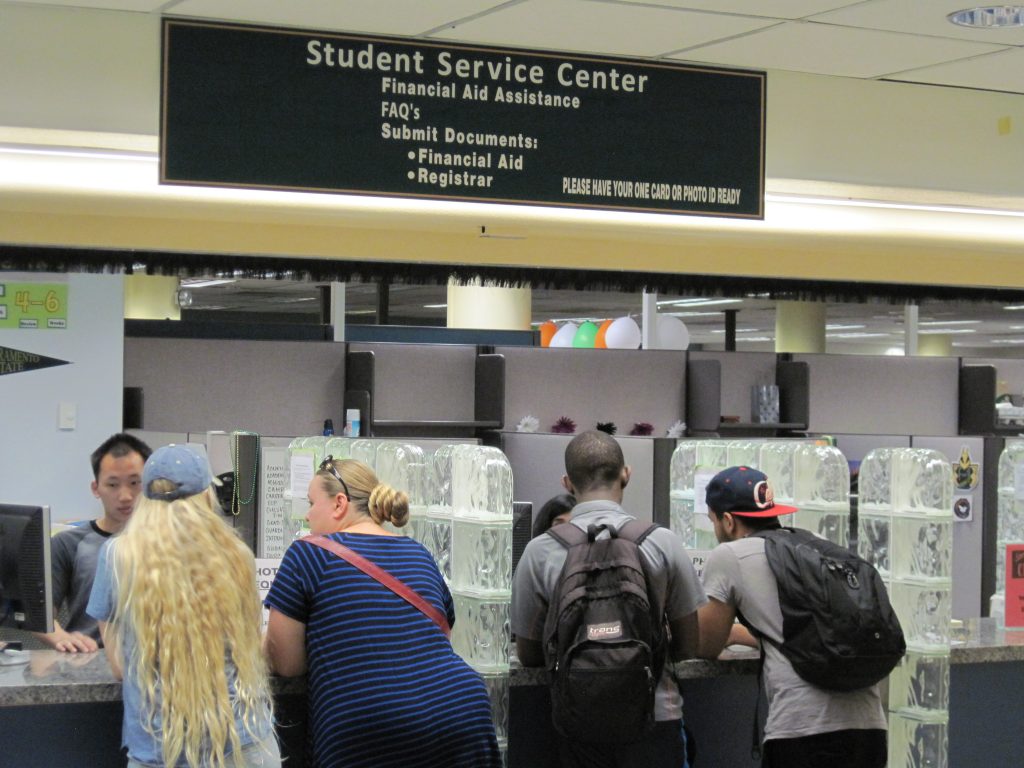 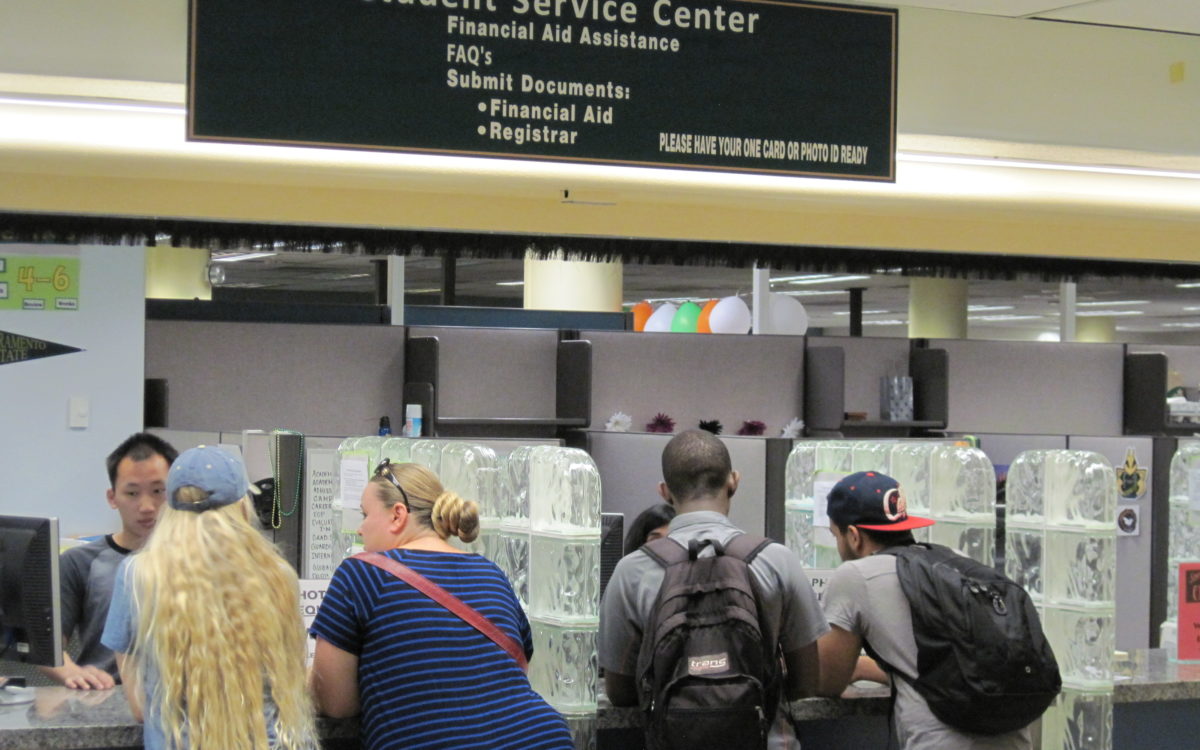 California’s colleges and universities are celebrating what many describe as a happy surprise: the revival of federal financial aid for summer school. The move will help more low-income students graduate on time and help reduce college debt, its proponents say.

Congress recently approved, and President Trump signed, omnibus budget legislation that included funding for those so-called year-round Pell grants. The awards are expected to be as large as $2,960 a year for each recipient’s summer classes and other non-traditional sessions. Those would be in addition to the maximum $5,920 that eligible students will be able to receive during the regular school calendar.

The return of summer Pells, scheduled for the 2017-18 school year, “is really good news,” said Dean Kulju, the Cal State system’s director of student financial aid services and programs. “If a student is considering summer enrollment and they are Pell eligible, this might provide them funding that wasn’t there before” and help them complete their degree faster, he said.

Megan Coval, vice president of policy and federal relations for the National Association of Student Financial Aid Administrators, said that the summer grants could be particularly helpful for non-traditional, older and returning students “who have competing life demands and are balancing work, families and school.”  These supplementary Pell grants will allow more of them to “move through their programs continuously” without summer breaks and allow them to “borrow less,” she said.

Even as many administrators welcome summer Pell grants many colleges and universities are gearing up to protect other federal financial aid programs from deep cuts. They promise to fight proposals in the Trump administration’s newly released 2017-18 proposed budget that would, among other things, eliminate future subsidized student loans and programs that forgive parts of those loans for students in public service.

Pell grants are the most important part of federal financial aid for college students, usually from families with annual incomes below $50,000. In California, Pells are frequently packaged with state-funded Cal Grants and campus-based grants and federal loans.

California officials said they are awaiting word from Washington on whether the revived grants might be used for this summer’s program. But most said they did not think the grants would be available for students until summer 2018.

Similar summer Pells existed for two years during the Obama administration but then were killed off in 2012 for being too expensive and not proving to accelerate time to degrees significantly. For this new version, the rules are supposed to be more flexible to allow easier and wider use by colleges and students, aid administrators say.

Enormous numbers of California students might be able to take advantage of this new funding.

Across the 23-campus Cal State system, more than 12,000 students received summer Pells in 2009-10 and again in 2010-11, according to Cal State’s Kulju. There is potential for growth in the revival since about 109,000 Cal State undergraduates enrolled in summer school last year and about half of them, or more then 50,000, are thought to be Pell eligible, he said.

For example, Johanna Gutierrez, a microbiology major at Cal State Los Angeles, wishes the extra Pells could be awarded for this upcoming summer. While she received substantial financial aid for the regular school year, she used that up and is applying for a loan to cover the estimated $2,200 tuition for organic chemistry and writing classes in the summer.

A summer Pell grant “would have been tremendously helpful” for her and many classmates, she said.  “I know students who are mothers, who are commuting long distances and working many extra jobs. The summer course will help them stay on track and graduate in four years.” Plus, she said, summer school allows students to take required classes that are overcrowded and difficult to register for in the fall and spring.

Gutierrez, who is 22 and lives with her family in the Boyle Heights neighborhood about five miles from campus, is in her fifth year at Cal State because she changed her major twice. She hopes to graduate next spring, but there is a chance that she may have to stay into summer 2018 if there is no room in final required courses next spring. In those circumstances, she hopes for a summer Pell.

At California’s community colleges, about 500,000 low-income students receive Pell grants during the school year and usually also receive system waivers for tuition. So their Pells help pay for books, transportation and other costs.

Rhonda Mohr, a dean at the California community college system headquarters who oversees financial aid and other services, estimated that between 5 percent and 10 percent of Pell recipients might attend summer school and quicken the time to complete a certificate or an associate’s degree or transfer to a four-year school. “It’s a definite win for our students,” Mohr said.

Across the University of California system, about 42 percent of the 210,000 undergraduates receive Pell grants and might be eligible for summer ones.

The summer Pell revival is a welcome move but it will mainly help students who already attend college full time and have depleted their regular Pell grants during the traditional school terms, according to Jessica Thompson, policy and research director for the Institute for College Access and Success, an Oakland-based nonprofit that seeks to keep college affordable and student debt low. She was skeptical that many part-time students will be able to take much advantage of the summer Pells since they “are juggling a lot of competing priorities” and many don’t even use up their potential awards in fall and spring.

“The year-round Pell is going to help a subset but it is a subset,” she said.

Officials said that campuses in California’s three public higher education systems might respond to the resulting higher summer demand by expanding summer course offerings. Many details remain to be decided, including whether that might involve hiring more full-time professors or part-time adjuncts.

Several education experts said they were pleasantly surprised that the year-round Pells received bi-partisan support in the Republican-majority Congress and won Trump’s signature as part of the omnibus spending bill.

However, some note that the law also includes a $1.3 million cut to the Pell program’s $10 billion reserve. (Under previous legislation, that maximum grant is rising by $105 to $5,920 in fall 2017; the minimum will be about $600.) Critics of that cut say the reserve should have been used to significantly boost the size of the grants and to anticipate more students.

The Trump administration supports the year-round Pells but its 2017-18 budget proposal would keep the maximum awards for the regular school year flat in the future without any inflation adjustments.

Nationally, about 7.6 million students received Pell grants, totaling about $28 billion in 2016, according to a study by the College Board.

Pell grants have a lifetime cap, currently equal to six years’ worth of whatever award a student receives for the regular school year. In a possible complication for students who take a long time to earn degrees, the summer award would count toward that life-time cap and possibly contribute to cutting them off from more Pells near the end of their education. Experts said it was too soon to estimate how many students might fall into that category.

When the previous short-lived summer Pells were killed off, an Obama administration budget announcement cited high expenses and said that the program “has not yet shown any evidence of accelerating students’ college completion time.” Financial aid officials say the previous funding rules had made it difficult to give out the awards in time for summer schools and that those rules are being eased for the new rounds.

The popular grant program is named after the late U.S Senator from Rhode Island, Claiborne Pell, a Democrat who was one of its architects. While the new U.S. Secretary of Education Betsy De Vos supported the summer expansion, her department has not yet announced when the awards will be first made and how the grants’ sizes will change depending on the number of credits a student takes in the summer. It is thought that students will not have to file another lengthy financial aid application.

Requests for comment and information from the U.S. Department of Education were not answered.