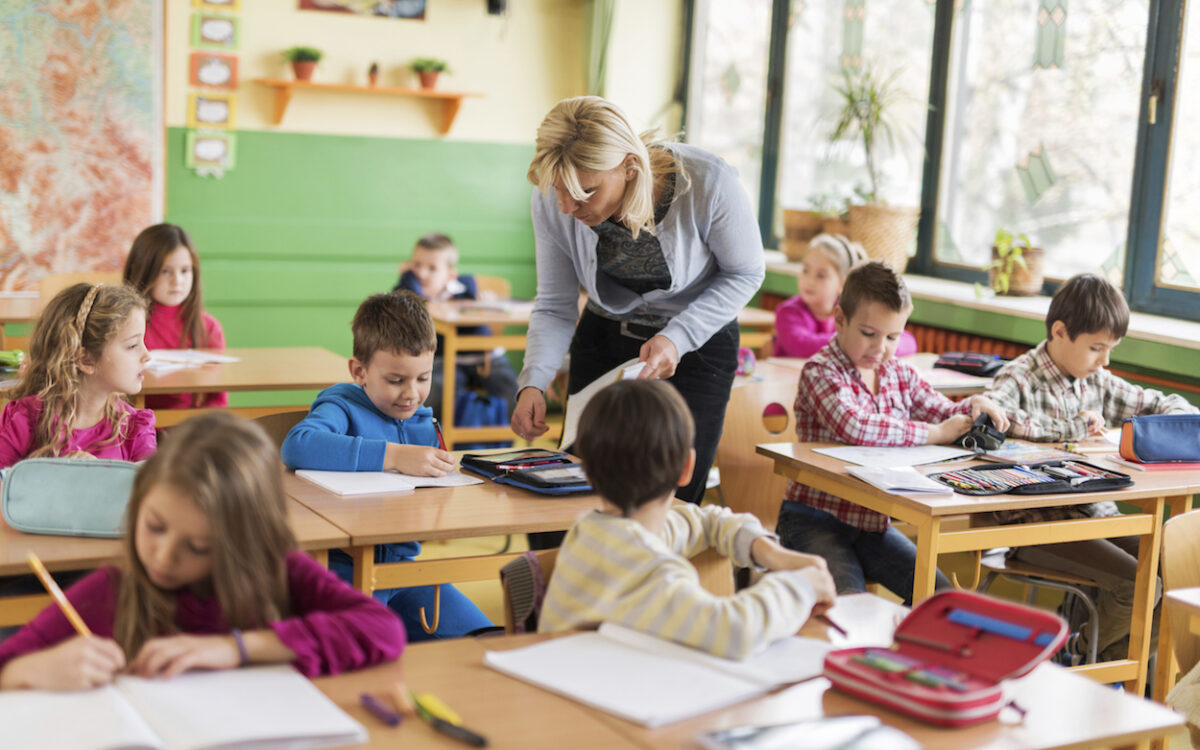 Students in teacher preparation programs who commit to teach math, science, bilingual education or special education could receive grants of $20,000 under a new bill introduced in the state Legislature.

Assembly Bill 169, authored by Assemblyman Patrick O’Donnell, D-Long Beach, is aimed at recruiting more students into teaching careers in high-demand subjects, those that school districts across the state have struggled to fill amid the ongoing teacher shortage.

AB 169 would award the one-time grants to teaching candidates who commit to working in math, science, bilingual education or special education for at least four years after they receive their teaching credential.

“Well-trained teachers are essential to the fabric and success of our society,” said O’Donnell, who serves as chairman of the Assembly Education Committee. The bill would “help attract and retain educators who empower students to pursue careers that move California forward.”

Last week, Gov. Jerry Brown failed to include in his preliminary budget proposal any new funds to address the state’s shortage of qualified teachers. Instead, the governor said school districts would have to rely on ongoing initiatives to help them recruit more new teachers.

In response, some educators and advocates have said they hoped the state Legislature would sponsor bills to fund recruitment initiatives in the absence of initial support from the governor.

“Well-trained teachers are essential to the fabric and success of our society,” said Assemblyman Patrick O’Donnell, D-Long Beach.

AB 169 is the first bill of the new Legislative term to target additional funds aimed at tackling the teacher shortage. O’Donnell’s office said there’s currently no estimate on how much it could cost the state to provide the grants. If approved, lawmakers would have to determine how much to set aside as they work on a new state budget.

The $20,000 grants could become available to students in teacher preparation programs beginning in January 2018.

Linda Darling-Hammond, president of the Learning Policy Institute and chairwoman of the California Commission on Teacher Credentialing, said that offering financial incentives would be one effective way to recruit more teachers into the high-demand subjects.

She has previously estimated that with $20 million, the state could add an additional 1,000 teachers through forgivable loan or scholarship programs that would require teaching students to commit to three to four years in the classroom in high-demand subjects.

O’Donnell also introduced on Tuesday Assembly Bill 170, which would repeal a state law that prohibits teaching students from earning a bachelor’s degree in professional education. Since 1970, California has mandated that teaching candidates earn a bachelor’s degree in a specific subject and then take a one-year graduate level program to qualify for a teaching credential.

Under AB 170, students who earn a degree in education can also complete their credentialing program within four years. Students would simultaneously take subject courses.

AB 169 and AB 170 will next be reviewed by a series of Assembly committees in coming weeks before they’re voted on by the whole Legislature.

Last year, lawmakers introduced a series of bills to deal with the shortage of teachers with mixed results.

Bills that passed and became law included AB 2122, which allocated $20 million in state funds for an initiative that pays the tuition and other costs for school support staff to earn teaching credentials; and AB 1756, which will help about three dozen colleges and universities create programs that allow students to receive a teaching credential in four years, at the same time that they earn a bachelor’s degree.

Those that failed include one that would have created a loan forgiveness program for teachers, and another that would have funded teacher “residencies” based on the medical school model of training residents.