As social and emotional learning expands, educators fear the 'fizzle' 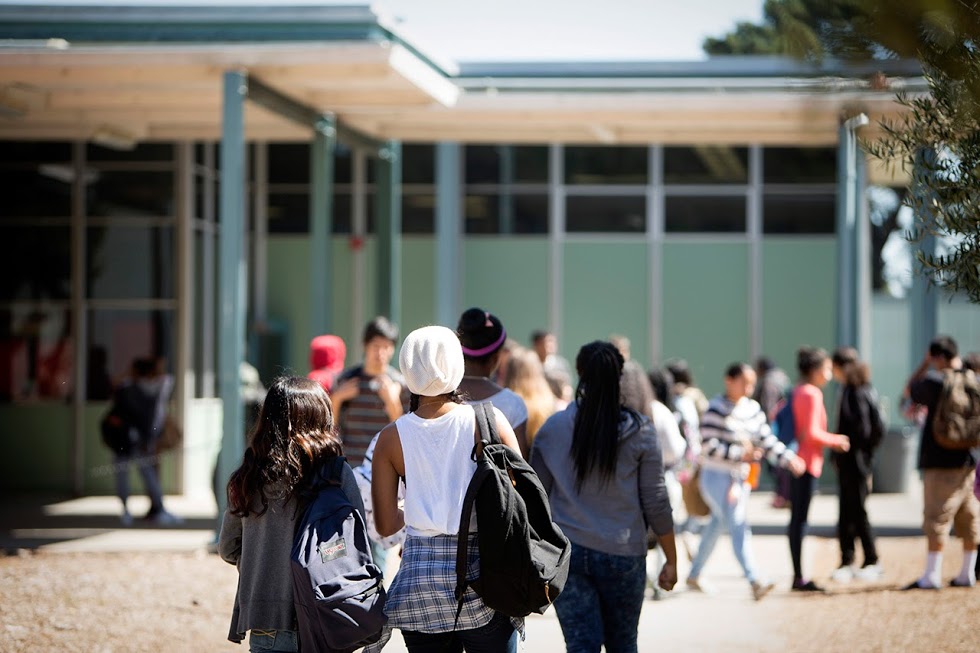 Four minutes late to his first class of the day, an 11th-grade boy at Oakland’s Skyline High School swung into his seat and blurted an explanation: “I had a bad nosebleed last night.” His U.S. history teacher, Jimmy Barbuto, looked up. Being late to class can wreck the morning flow at school, provoking confrontations and derailing lesson plans.

“I’m sorry to hear that,” Barbuto replied. The remark was a nod to their shared humanity as well as an academic strategy, a tiny moment of modeling social skills that is part of a blooming movement in education known as social and emotional learning. While the term is jargon, the concept is straightforward: Help students recognize and manage their emotions so they can get excited about academics and get along with others.

The class rolled on. “Anyone doing self-management?” Barbuto asked his 28 students, who sat in rows and paid a good deal of attention, considering they were teenagers in the early morning. “Having appropriate things on the desk?”

Oakland Unified is one of hundreds of school districts in California that have adopted social skill-building in an effort to move from zero-tolerance discipline and drill-and-kill curriculum toward a more nuanced approach to the behavioral and academic needs of students. Oakland Unified has boiled down the concept to three signature teacher practices, most of them familiar to accomplished teachers: a warm welcome at the start of the day, perhaps with a morning circle depending on the age of the students; “engaging” teaching, such as encouraging students to pipe up with their opinions while learning how to listen to the opinions of others; and closing out the school day on an optimistic note by asking students to take a moment to consider what they’ve learned or someone they’ve helped today.

“There has been an explosion of interest in this work,” Emily Doolittle, a researcher at the federal National Center for Education Research, said at a panel discussion late last month of leaders in the field who contributed to a new issue of the journal The Future of Children dedicated to social and emotional learning. And with that explosion has come heightened concern among proponents about how to spare social and emotional learning from the fate of many ideas in education: the fizzle.

“Watch out for the quick fix,” said Stephanie Jones, a social and emotional learning researcher at Harvard.

“In education, it seems like there’s a fad a month,” said Ron Haskins, co-director of the Center on Children and Families at the Brookings Institution, which co-publishes The Future of Learning with Princeton University. “What are the crucial steps that need to take place to make sure social and emotional learning continues to advance?”

That is the question being asked by educators nationally and in California, where the California Department of Education in 2016 joined a multistate collaborative to develop guidelines for social and emotional learning. No consensus has emerged on what skills to teach or how to measure results, but interest in social and emotional learning is driven by evidence of its effectiveness, said Roger Weissberg, chief knowledge officer at the Collaborative on Academic, Social and Emotional Learning, a Chicago-based nonprofit.

“We have a commitment to rigorous science,” Weissberg said. But the evidence-gathering is still in progress. “We don’t have all the answers in the field,” he said.

“I worry about the fizzle a great deal,” said Stephanie Jones, an associate professor at the Harvard Graduate School of Education. As with any initiative, over-selling is a risk – spreading the belief that social and emotional learning will fix every educational ill, Jones said. She referenced a maxim from her graduate school mentor: “Watch out for the quick fix.”

Those efforts are in the works at the state and national level, Weissberg said.

In the meantime, Mark Greenberg, a professor of Human Development and Psychology at Pennsylvania State University, laid out the current state of the field in a description sure to resonate with administrators struggling to get their arms around what social and emotional learning is and why schools should care about it.

The concept typically is introduced in schools “as a fragmented succession of fads or quick fixes, isolated from everyday educational practices,” Greenberg and his co-authors wrote in The Future of Children. The result, he said, is “a hodgepodge of prevention, treatment and youth-development initiatives with little direction, coordination, sustainability or impact.”

Part of the mishmash is generated by a profusion of programs that use different approaches, including videos, discussions and role-playing, to develop different and sometimes overlapping skills. In Wally’s Feeling Wheel in The Incredible Years Series program, kindergartners learn about their feelings and those of others using pictures of faces grimacing, smiling or frowning that are labeled as scared, excited, angry and more.

In the Promoting Alternative Thinking Strategies program, elementary school teachers promote empathy by leading a discussion about how a story character might feel, such as a girl whose family tells her they are moving to the U.S. and she will be given a new name.

And for high school students, many programs have not yet shown results, said David Yeager, an assistant professor of developmental psychology at the University of Texas at Austin. Yeager explained that teenagers need programs that don’t preach to them or imply there is something wrong with them. Instead, approaches that tap into a teenager’s desire to make a difference in the world can wake up a student’s interest, he said.

He also cited the success of a teacher mentoring program called My Teaching Partner-Secondary that helps high school teachers create “an intellectually challenging but respectful classroom.” Students who felt their intelligence was respected did a better job of following classroom rules, Yeager said.

In Oakland, the district has invested in social and emotional learning in elementary schools for years and is rolling out the concept in a few high schools, including Skyline, through teacher training. The idea is to integrate social skill building into academic instruction.

In U.S. history class, Barbuto turned to the question on the overhead projector screen: “Who was responsible for the Battle of Little Big Horn?” As the discussion progressed, Barbuto jotted highlights on the screen. He noted that Native American tribes spoke dozens of languages, and then he segued into a tip that at once promoted learning, self-awareness and planning. “For me, because I’m a visual learner, taking notes is important,” Barbuto casually remarked. “If I took notes, it meant I had to do way less studying in the future and it was easier to write the essay.”