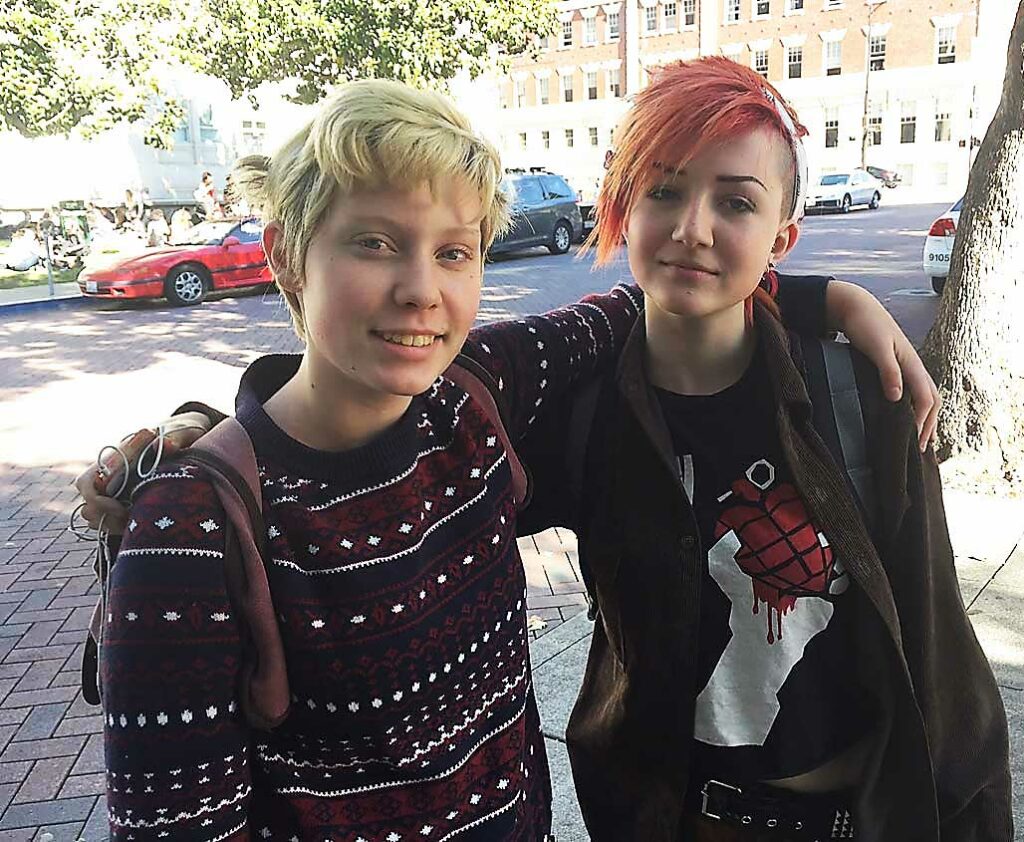 National experts on sexual harassment in K-12 schools have teamed up to create a new educational video about gender equality, intended to inform students that they have a legal right to attend a school where nobody is harassed because of their gender.

The timing couldn’t be better, said Esther Warkov, cofounder of the nonprofit group Stop Sexual Assault in Schools, which produced the free video for use by schools, clubs and parent groups. President-elect Donald Trump, who boasted in a 2005 video about his ability to sexually assault women, has “normalized” traumatic harassment, Warkov said, and sent a disturbing message to children and teenagers. And the Republican Party platform has stated its opposition to the Obama administration’s decision to apply legal protections from harassment to students who are gay, transgender or gender nonconforming — including the right of transgender students to use the bathroom that corresponds to their gender identity.

“Our video explains how detrimental sexual harassment is to students,” she said, “and why schools must take complaints seriously and compassionately.”

The video features well-known gender equality researchers, including Keasara Williams, director of equity and Title IX compliance for the San Francisco Unified School District, and Caroline Heldman, associate professor of politics at Occidental College, who created the popular TED talk “The Sexy Lie” about the objectification of women.

In the 44 years since Title IX of the Education Act of 1972 prohibited discrimination in schools based on sex, the law has come to be understood to apply to students who are being discriminated against because of the way they present themselves in regards to gender stereotypes. With students increasingly coming out at school as gay, lesbian, bisexual, transgender or “gender fluid,” bullying may be defined as discriminatory harassment, which is a civil rights violation. Warkov explained that the video, “Sexual Harassment: Not in Our School!”, is an effort to provide the information that most schools do not provide to students, parents and staff.

Trump’s election has some students concerned about an uptick in harassment. “It’s upsetting because I’ve had family members who have been harassed sexually,” said Jasmin Melendrez, 14, a freshman at Fremont High School in Oakland. “It will be easier for men to do that.”

“I’m scared because I’m gay,” said Clementine Gunter, 16, a junior at Berkeley High School. “His vice president believes in gay conversion.” Gay conversion is the practice of subjecting gay and lesbian individuals to a treatment intended to covert them into heterosexuals. The so-called “therapy” is illegal in California. The harm caused by the treatment includes feelings of depression and suicidal ideation.

Joel Levin, cofounder of Stop Sexual Assault in Schools, said he fears the federal Education Department’s Office for Civil Rights will be subjected to budget cuts. He noted that the Republican Party platform took exception to Title IX guidance that stipulated transgender students are entitled to use bathrooms and locker rooms that correspond to their gender identity. The platform said President Barack Obama was using the law “to impose a social and cultural revolution upon the American people by wrongly redefining sex discrimination to include sexual orientation or other categories.”

In addition, Trump’s nominee for education secretary, Betsy DeVos, is the daughter of billionaire anti-gay advocates who have worked to stop same-sex marriage and fund the Family Research Council, which the Southern Poverty Law Center describes as “an anti-LGBT hate group.” DeVos’s personal stance on lesbian, gay, bisexual and transgender rights is not entirely clear, according to some advocates.

“Sexual Harassment: Not in Our School!” is set as a fictionalized first meeting of seven high school students who are forming a gender equality club. Step by step, the students learn from experts why gender discrimination is harmful and what they can do about it. The video includes a scene in which a fictional parent meets with Williams of the San Francisco Unified School District.

Williams describes to the parent her role as a district Title IX coordinator – a role that the majority of school districts fail to appropriately fill, according to the American Association of Title IX Administrators. “I help ensure that our district complies with its obligations under Title IX to offer a safe learning environment that is free from all forms of gender discrimination,” Williams said.

“This scene alone is a crash course in Title IX compliance that every school staff and family should watch,” said Warkov, whose daughter was sexually assaulted on a high school field trip.

Many still dismiss the incidents of sexual harassment and assault in schools, she said. But Trump’s comments prompted a Twitter storm after author Kelly Oxford asked women to tweet their first sexual assault. Many of the responses referenced assaults that happened in schools, including one by a 7th-grade girl (her name and identity have been erased from this screenshot) who wrote, “7th grade boys routinely grab my breasts whenever I pass them in the school hall. I learn to carry my books in front of me.” Other tweets mentioned being groped on the school bus and slapped on the rear end in the hall: