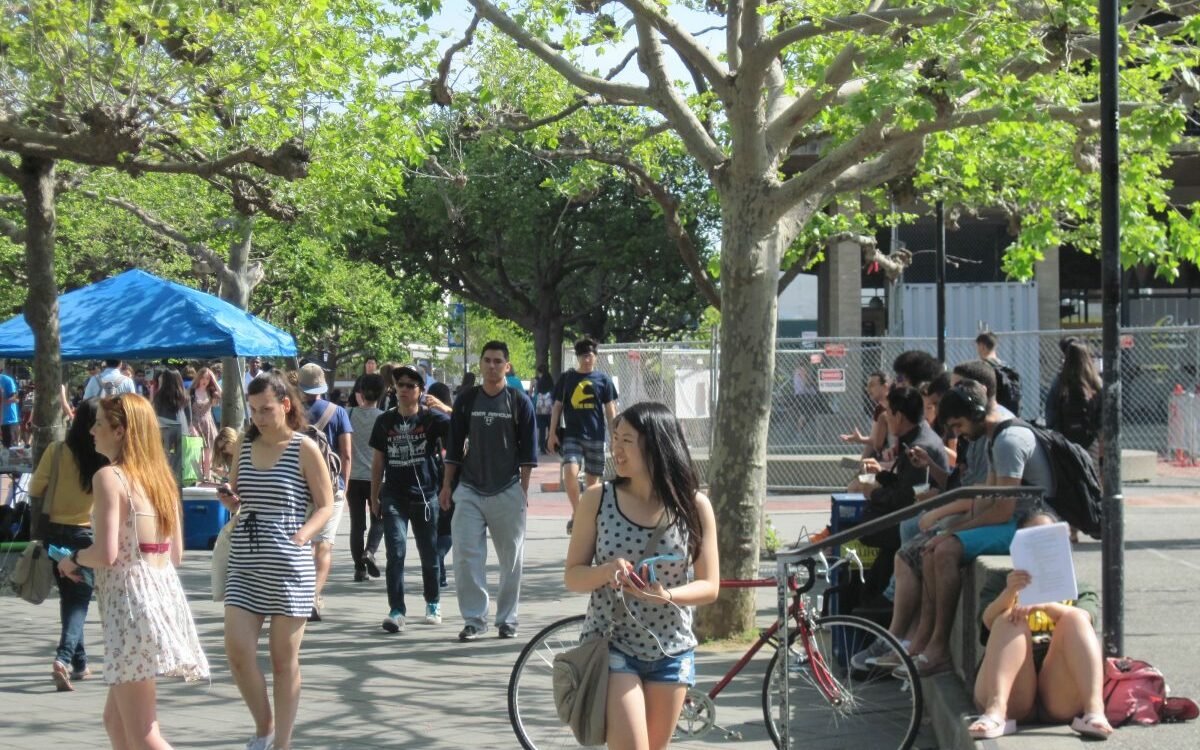 Changes are coming soon to the University of California’s application for incoming freshmen and transfer students, offering hundreds of thousands of them more freedom of choice in essays describing their interests, academic achievements and personal challenges.

In a new format starting this fall, applicants who would be entering in the 2017-18 school year will be asked to pick four of eight “personal insight questions” and answer with shorter responses than those that were required for the two essays they are replacing. The eight questions probe students’ favorite academic subjects, their leadership history, creativity and “educational barriers.”

Faced with an avalanche of applications, UC admissions officials say they hope the new approach will help them more easily identify talents and potentials not always evident in GPAs and standardized test scores.

After receiving a record-high 206,000 freshman and transfer applications this year, UC felt the prior two-question system “wasn’t providing the kind of insights we want,” said Stephen Handel, UC’s associate vice president for undergraduate admissions. “We just didn’t have enough information to make some very difficult decisions.”

In addition, he said, too many essays had become “fairly formulaic and generalized” and canned responses were available to copy from older friends or from online postings and websites.

Handel said there was no intent to increase enrollment of any particular group of students, such as low-income or minority applicants, and no design to circumvent Proposition 209’s ban on racial affirmative action in public college admissions in California. The goal is to have an application review at all nine UC undergraduate campuses that is “as fair as possible,” he said. “I know it’s not infallible but we want to do right by applicants.”

So far the response from students and high school counselors has been a mix of satisfaction and anxiety. Some say the new questions seem liberating and praise how specific the topics are, making it harder to plagiarize. But others say the new shorter essays — each limited to 350 words — don’t allow many details, whether personal or academic.

Most students feel “more confident” about the change and shorter lengths, said Timothy Sandoval, the program director of Bright Prospect, an organization that helps low-income students in the Pomona area gain college admission and financial aid. And if it makes them more comfortable, “then that’s a good thing.” However, Sandoval said UC’s previous essays, which could be as long as 750 words, forced students “to dig deeper and find their story as to why they want to go to college. It pushed them to really think about what are your motivations, what are your aspirations. I don’t know to what degree we will see that in the new format.”

At San Francisco University High School, a private school that emphasizes college placement, college counseling director Jon Reider welcomed the change. He said the old questions were “kind of tired,” while the new ones seem to better probe students’ interests and abilities. He particularly likes the one about students’ favorite academic subject since it explores “what makes your brain tick.”

However, a student “who does not have so many different interests” may have a hard time writing four separate essays, he added. And some students may have trouble trimming to 350 words if they don’t have editing advice from a counselor, teacher or parent.

Reider said it seems that UC hopes to add more low-income students and more geographic and ethnic diversity to campuses. “Obviously, you don’t change the essay prompts unless you want to,” he said.

The new questions for potential freshmen offer detailed suggestions to approaching the topics. Among the eight topics are:

Transfer students must pick three of seven topics the freshmen have —  all but the one about favorite subject. They then must answer a fourth: How you prepared for your intended major and your readiness to succeed in upper division courses.

The essay questions have changed somewhat over the decades, but officials say this is the first time a significantly wider choice is available. The previous two “personal statements,” instituted in 2008, required freshman applicants to “describe the world you come from, for example your family, community or school, and how that has shaped your aspirations” and to detail “a personal quality, talent, accomplishment, contribution or experience that is important to you.” With room for optional additional comments, the total word count was 1,000 maximum, with a suggestion that each of the essays be at least 250 words.

Students qualify for a spot somewhere in the UC system – but not necessarily applicants’ first- or second-choice campuses – with a combination of grades and standardized test scores; they need to place in the top 9 percent of all students statewide or in their own high school graduating class. A 3.0 grade average is needed in required classes. While a student can use the same form to apply to any number of the UC campuses, each campus reviews its own applicants and can consider such factors as students’ special interests, accomplishments and any hardships they faced. And being qualified for UC does not guarantee admission to the most popular campuses, such as UCLA and Berkeley.

Handel, the UC admissions official, declined to provide a numerical weight to essays compared with grades and other factors. “Essays are important,” he said. “We wouldn’t have gone through this much work without feeling that this is information we really need and really want. As important as GPA and test scores are, we want to know about the students and their lives, their challenges and their accomplishments.”

At Millikan High School in Long Beach, soon-to-be senior Hannah Smith, who wants to study neuroscience in college, said she had been preparing for the previous application responses and was “a bit disappointed” that she would have to start fresh with the new format. She said she preferred the older, lengthier essays because “there is more room for the admissions officers to get to know the applicants.”

Still, Hannah, who will apply to UC San Diego and other UC campuses, said she liked the freedom to write “about virtually anything I want to tell the university.” She said she hopes it will give her a chance “to stand out from other students.”