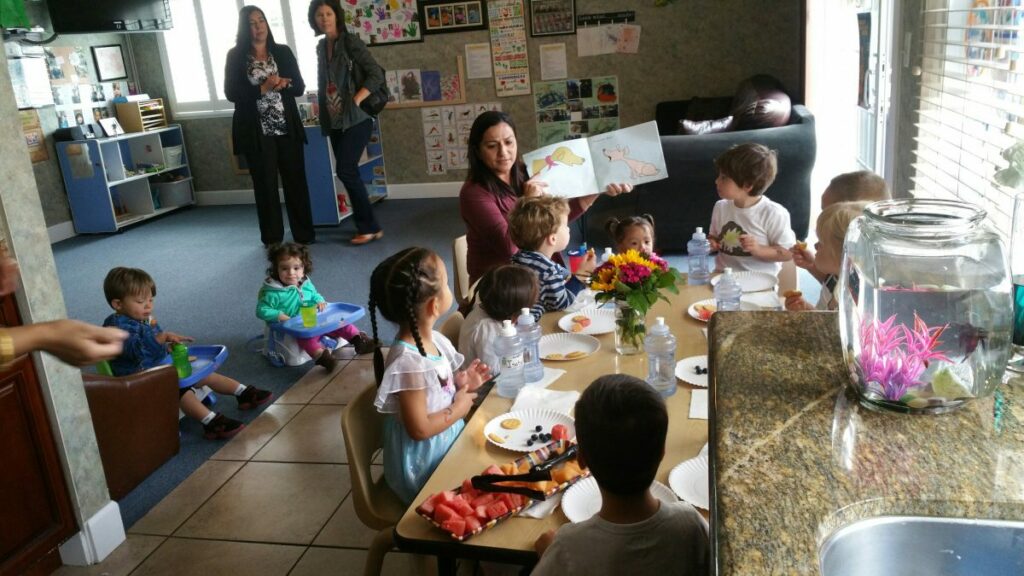 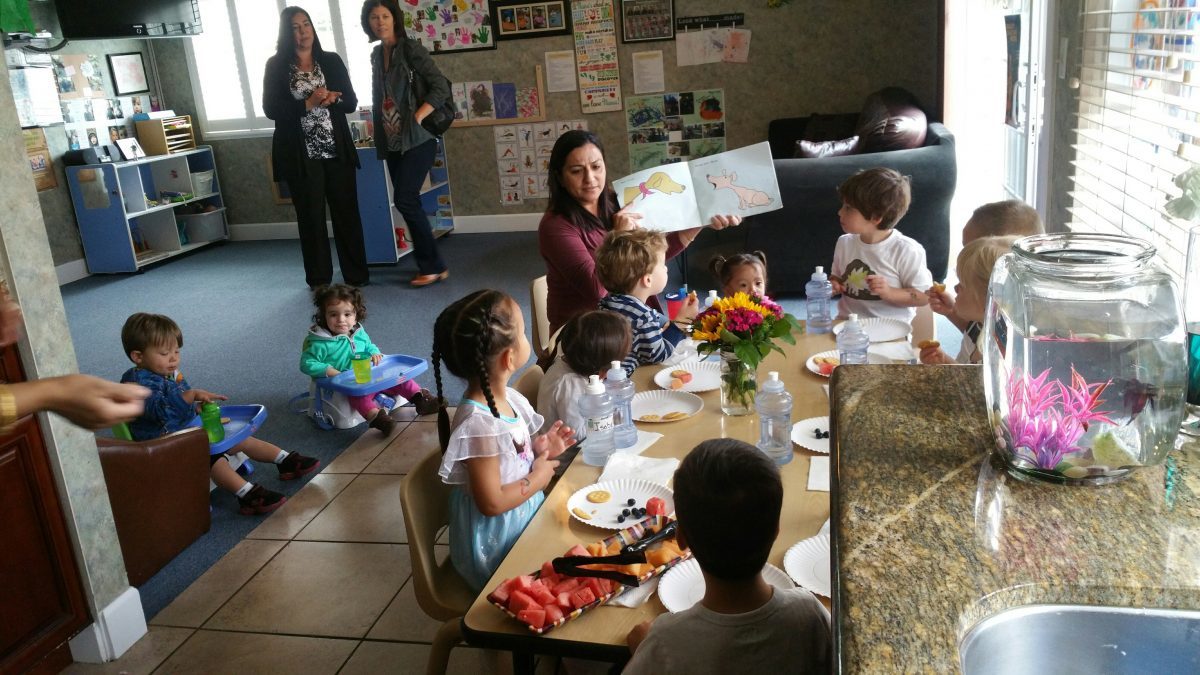 Tax deductions and rebates are at the heart of President-elect Donald Trump’s child care policy proposal, which would offer the most help to high-income families, some help to middle-income taxpayers and less to low-income parents.

In recent weeks, most attention has been focused on K-12 education following the appointment of Betsy DeVos as Trump’s secretary of education. But since his upset victory on Nov. 8, the president-elect’s detailed plan on child care is getting additional scrutiny, especially in light of widespread recognition of the importance of early education to later academic success.

Trump unveiled his plan in September, spurred by his daughter Ivanka’s announcement in her nominating speech for her father at the GOP convention that he would focus on “making quality child care affordable and accessible for all.”

He said his plan would modernize the nation’s child care policies and place parents in greater control of their child care decisions. It features tax deductions pegged to the average cost of child care in each state, and a tax rebate for low-income parents.

With tax deductions, a taxpayer’s taxable income is lowered by the amount of the deduction to which they are entitled. With rebates, taxpayers are refunded money, while credits lower the amount of taxes due.

Many tax policy experts say the plan does little for families most stretched by child care costs.

“The plan very much tilts towards high-income families who need the least help,” said Elaine Maag, senior research associate at the Tax Policy Center at the Urban Institute, a research organization that analyzes tax issues.

Trump is proposing a tax deduction for couples earning up to $500,000 a year, which could be taken for up to four children, and would be capped at the average cost of child care in each taxpayer’s state. In California, that’s an average cost of $8,230 for a 4-year-old and $11,817 for an infant. So a California taxpayer who spends $11,817 a year on child care could deduct that from his or her taxable income.

“The plan very much tilts towards high-income families who need the least help,” said Elaine Maag, senior research associate at the Tax Policy Center at the Urban Institute.

But tax deductions benefit higher-income taxpayers more because they pay higher tax rates. The size of the tax deduction is determined by the taxpayer’s marginal tax bracket. A $10,000 deduction is worth up to $1,500 for a family in the 15 percent tax bracket, for example, but up to $3,960 to a family in the top 39.6 percent bracket. So it heavily favors wealthier taxpayers, Maag said. And low-income families who pay little or nothing in federal income taxes would not benefit at all from that plan, she added.

Both the federal government and California offer child care tax credits, as opposed to the deduction that Trump’s plan envisions. The federal credit is up to $6,000 for two dependents, while California’s is up to 50 percent of the federal credit, and is available to working parents with incomes up to $100,000 a year.

For a middle-income family with $70,000 annual earnings and $7,000 a year in child care expenses, the potential deduction would be about $840 under the Trump proposal, his campaign said. That’s hardly enough to offset the high cost of child care, said Katharine Stevens, who leads the early childhood program at the American Enterprise Institute, a conservative think tank.

“For a huge number of Americans, $840 a year is going to fall far short of what they need to pay for decent child care,” Stevens said. “So they are going to have to continue doing what they are doing now, which is putting their children in substandard child care.”

The proposed deduction’s unbalanced effect is even greater, Maag said, because it is available to stay-at-home parents who don’t work. That means it’s possible for a family with no child care costs to benefit from the deduction, while low-income families could get nothing despite the likelihood that child care consumes more of their income.

However, that piece of the plan appeals to Lisa Snell, director of education and child welfare at the Reason Foundation, a libertarian think tank.

“It doesn’t discriminate against parents who want to stay home with their kids,” Snell said. The plan offers middle-income parents at least some relief, she said.

For low-income parents whom the deduction doesn’t help because they earn too little to pay federal income taxes, the plan proposes a tax rebate. Delivered through the earned income tax credit – a tax credit for low-income working parents – the rebate could be worth an additional $1,200 a year per family, Trump’s proposal states.

Given child care costs, “it may be a help, but it would be a drop in the bucket,” said Lynn Karoly, senior economist at the RAND Corporation who researches social and child welfare issues.

Another problem, Karoly said, is that because earned income tax credit payments are made only once a year, “most low-income families won’t have the cash flow to front the costs of their child care, and most providers would not be able to wait until families get their credit.”

Under the current system for low-income families, subsidies go directly to child care providers through the California State Preschool Program and Head Start, the federal child care and preschool program.

Another piece of the Trump plan would create child care savings accounts, in which families could set aside savings of $2,000 a year tax free. The federal government would provide a match of up to $500 a year.

“From a free market angle, this is the right track; it lets people keep more of their money,“ Snell said. “The question is what will the final details look like and will it be substantial enough to make the difference.”

But some critics say the savings account approach is impractical for poor and even many middle-income families.

“I think he will put political capital behind this. It plays to his populist image, that he’s not your typical Republican in coming up with this social welfare program,” said Chris Faricy, a political scientist at Syracuse University.

“A lot of families are really struggling to afford child care in the first place, so the ability for these families to squirrel away money for future use, it doesn’t seem as feasible as one would like,” said Kristin Schumacher, a policy analyst for social issues at the California Budget and Policy Center, a nonprofit research group that focuses on the needs of low- and middle-income California residents. 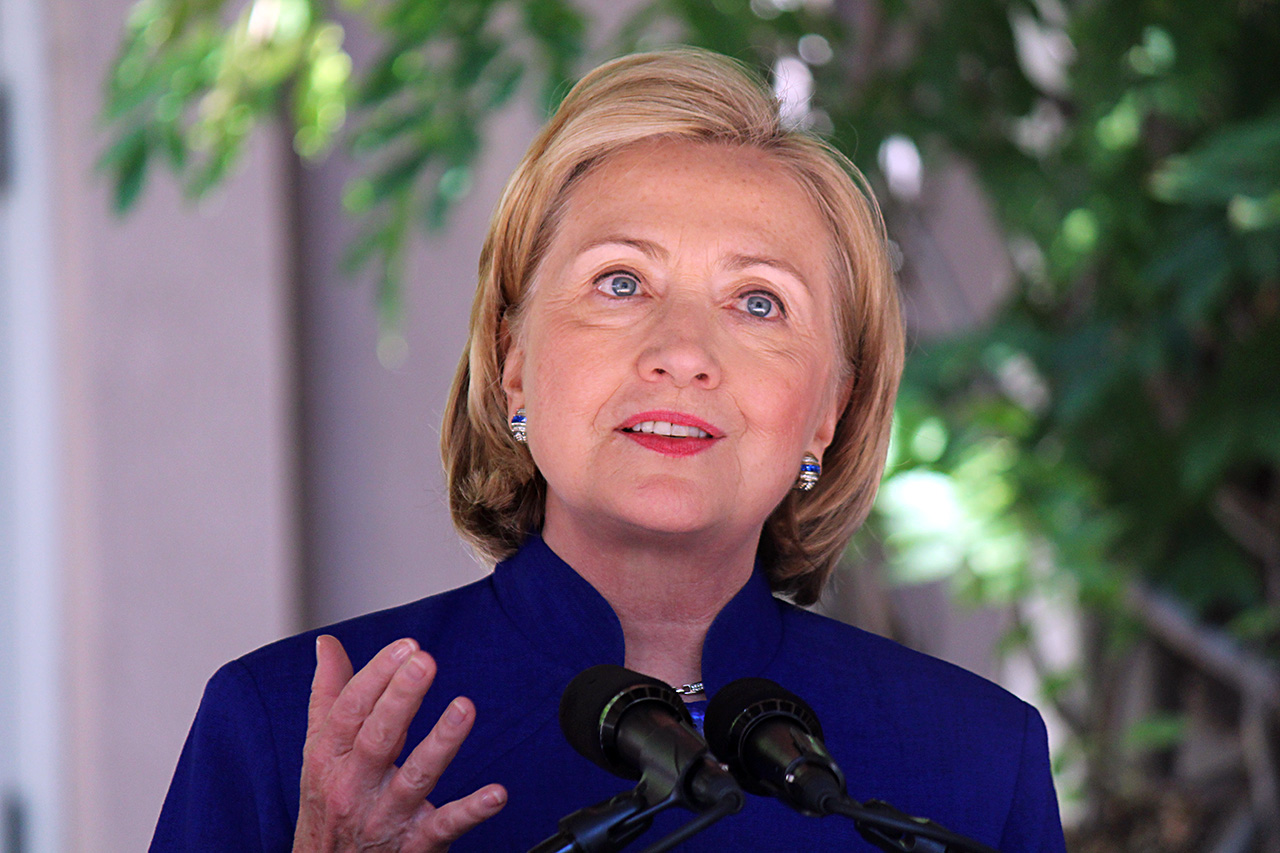 “It would probably help me,” she said, “but I can afford child care. I have children in a licensed center, and I’m doing OK. It certainly wouldn’t help the families who need it the most.”

Trump also proposed six weeks of maternity leave for new mothers (but not fathers) paid for through the unemployment insurance system; it wasn’t clear whether a mother’s entire or partial income would be replaced. The Trump plan estimated the cost of maternal leave at $2.5 billion a year, recouped through increased efforts to avoid fraud and overpayment of benefits. California has a parental leave policy that guarantees workers – men or women – up to 55 percent of their income for six weeks.

While child care was barely an issue during the bitter presidential campaign, Trump may choose to push his plan forward, said Chris Faricy, a Syracuse University political scientist who studies the political context of spending on social programs.

“I think he will put political capital behind this,” Faricy said. “It plays to his populist image, that he’s not your typical Republican in coming up with this social welfare program. Also his daughter Ivanka was a proponent of this, and some of the early tea leaf readings show that the Trump children will have an outsized role in advising him.”

Stevens of the American Enterprise Institute said she believes the Trump administration will gain greater clarity about the issue as it evolves, but that the proposed plan needs to take into account details such as the true costs of child care.

Many people, she said, are “literally choosing between providing good care for your own child in your own home and living in poverty because you don’t work, or working so you do not live in poverty and having to put your child in substandard care.”

“The policy around child care has to be grounded in real numbers,” she said. “The people who went to the ballot box and voted for Trump, those are real people with real numbers” for their child care costs.

Without endorsing the details, Anna Levine, senior staff attorney of the Child Care Law Center in San Francisco, welcomed the proposal because it at least puts the issue of high child care costs on the policy table for discussion.

“This is a bipartisan issue that everyone realizes we have to address,” Levine said. “I look forward to more of a conversation as to how you can pursue a tax strategy that helps the people who most need help with child care expenses.”