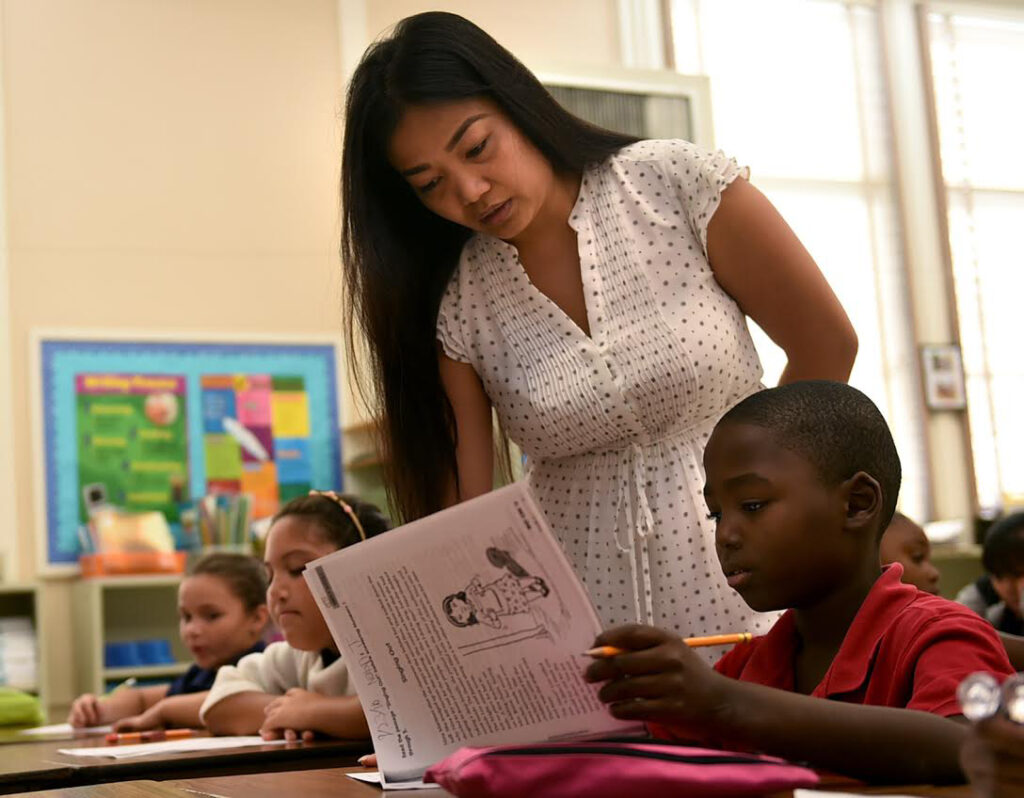 President-elect Donald Trump’s selection of Betsy DeVos to be his secretary of education virtually guarantees that his administration will try to promote a “school choice” agenda, which includes giving vouchers to low-income children that could be used to help pay for, among other things, private school tuition.

Promoting vouchers, especially for private schools, has been a decades-long passion of DeVos’. It is also the most specific idea Donald Trump proposed for K-12 schools during a turbulent campaign in which education issues were rarely mentioned. Trump first floated this idea on Sept. 8, just two months before election day. “I want every single inner-city child in America who is today trapped in a failing school to have the freedom, the civil right, to attend the school of their choice,” Trump said at a speech in Cleveland.

As outlined on his website, his plan would grant vouchers worth as much as $12,000 each to every low-income student in the United States to use at the private, magnet, charter or traditional public school of his or her choice.

School choice, his website declares, “is the civil rights issue of our time.” This not a new idea for Trump, suggesting that it is likely to have staying power after he gets to the White House. He described a similar notion in his 2000 book, “The America We Deserve.”

But how would such a plan work in California? At the moment, there are more questions than answers.

“It is hard to know how this will play out because we don’t have a firm proposal, just a set of ideas,” said Lawrence Picus, professor of education finance and policy in the University of Southern California’s Rossier School of Education.

Below we pose some of those questions, with some possible answers.

How would a voucher plan be received in California?

A plan that includes money for private or parochial schools is likely to encounter fierce resistance from the state Legislature, teachers unions and many school districts – the latter worried about the possible outflow of money, their lack of control over  funds and the difficulties of projecting budgets from one year to the next.

California voters have twice voted down private school voucher initiatives (in 1993 and 2000).

An unknown number of parents would welcome it – although the vouchers in many cases would likely not cover the full costs of tuition at some of the best private schools.  Those schools may be in geographically distant locations that would make it difficult, if not impossible, for parents to enroll their children there.

It’s also possible that some charter school advocates would oppose the idea because parents whose children are in charter schools might decide to use their vouchers to send them to private schools instead. That could put the brakes on the booming charter school movement in California, slowing down its ambitious expansion plans.

Would a voucher program be legal in California?

For California to be able to issue vouchers for use in private schools would require a Constitutional amendment, which would have to be approved by voters.

That’s because California’s constitution (Article IX, Paragraph 9) prohibits spending any public funds “for support of any sectarian or denominational school,” or on “any school not under the exclusive control of the officers of the public schools.”

In 1999, the California Supreme Court ruled that even though charter schools are run by their own boards of directors, they meet the definition of being “under the exclusive control of the officers of the public schools.”

That, however, is clearly not the case with private and parochial schools.

Where would the federal funds come from?

It is mystery as to where the $20 billion in federal funds for Trump’s voucher plan would come from.

His plan calls for “reprioritizing existing federal dollars,” but he has not stated which ones.  He could seek to redesignate some or all of the $15.4 billion in Title 1 funds that states currently receive through the Elementary and Secondary Education Act for his voucher plan. But that would almost certainly require congressional action to change the legislation governing the use of those funds.

Currently Title 1 funds go to schools with large numbers of low-income children “to help ensure that all children meet challenging state academic standards.” Title 1 funds are allocated through four formulas based primarily on census poverty estimates and the cost of education in each state. California last year received $1.6 billion in Title 1 funds.

Title I funds can be spent on private schools, but as a Heritage Foundation analysis noted,  they can only access those funds  “by way of having students enrolled in their schools participate in public school programs and services offered through Title I.”   The report asserted that ” Title I, as currently allocated to private schools, is convoluted and in need of reform.”

One route around this regulatory minefield would be for Congress to simply reduce the amount that it currently appropriates for Title 1 funding and use the money saved for a voucher program. That, too, is likely to generate opposition from Democrats on Capitol Hill and even some Republicans whose local schools rely on Title 1 funding.

How much would the plan as proposed by Trump cost in California?

Trump’s proposal is to give vouchers worth up to $12,000 to every low-income student that their parents could use to send their children to the school of their choice. In California, almost 60 percent of the 6.2 million students enrolled in public schools are classified as low-income and qualify for the federal free and reduced-price meal program.

If each of these 3.7 million students received a voucher of $12,000, the cost would be approximately $44 billion in California alone. Even if students received a voucher worth half of the money Trump had in mind, that would cost upwards of $20 billion. Of course, poverty levels could be set lower than those commonly used to quality for the federal lunch program, and the overall costs would be lower as a result.

Would California provide matching funds for a federal voucher program?

According to the school choice plan he has described so far, Trump would want states to come up with a combined $110 billion to match the $20 billion he proposed the federal government would spend. But he has not explained how he came up with that matching figure.

If California were to provide a match in proportion to its population, it would have to come up with between $12 billion and $15 billion dollars. As noted above, that would not cover all low-income students in the state, however.

With Democrats now controlling two-thirds of both chambers in the state Legislature, the prospect of any kind of match seems highly improbable.

It is equally unlikely that the Legislature could redesignate some of the $63 billion in state funds currently allocated for public schools through Proposition 98 for this purpose. The initiative, approved by voters in 1998, allocates approximately 40 percent of the state budget to public schools and community colleges.

But Prop. 98 explicitly states that funds have to be used for “support of the public school system and public institutions of higher education.” So before Prop. 98 funds could be redesignated for use by private or parochial schools, voters would have to approve a constitutional change to allow that to happen. The Legislature, if it so chose, could in theory designate some Prop. 98 funds for a more comprehensive school choice program involving magnet schools, charter schools or traditional public schools than is currently in place.

In the event that California were to clear all the obstacles to implementing a voucher program, the matching funds would presumably not be additional funding for the state, but would likely come from the funds it already spends on its public schools.

Where would students be able to use the vouchers?

Some of this decline is due to the explosive growth of charter schools, as well as by the contraction of the parochial schools in the state.

A voucher plan could stimulate the expansion of the private and parochial sector, but this would not happen overnight.

Would California have to participate in a voucher plan?

It’s possible, or even likely, that the entire voucher plan would bypass California and other states unfriendly to the idea of vouchers. It may require states to apply for funds, just as California had to apply for Race To the Top funds, President Barack Obama’s signature education program. In fact, Trump’s brief description of the plan states that it would “favor states that already have private school choice, magnet schools and charter laws” in place. California only has magnet schools and charter laws.

For now, education leaders in California are in a holding pattern regarding Trump’s proposal. “I’m going to wait and see,” State Board of Education President Michael Kirst, who is a close adviser to Gov. Jerry Brown, told the San Francisco Chronicle recently.

The more immediate challenge, said USC’s Picus, is to ensure that the federal funds that California currently receives for its neediest students aren’t cut by Congress. “It will be important to be vigilant at protecting the resources that are now available to low-income children in California,” Picus said