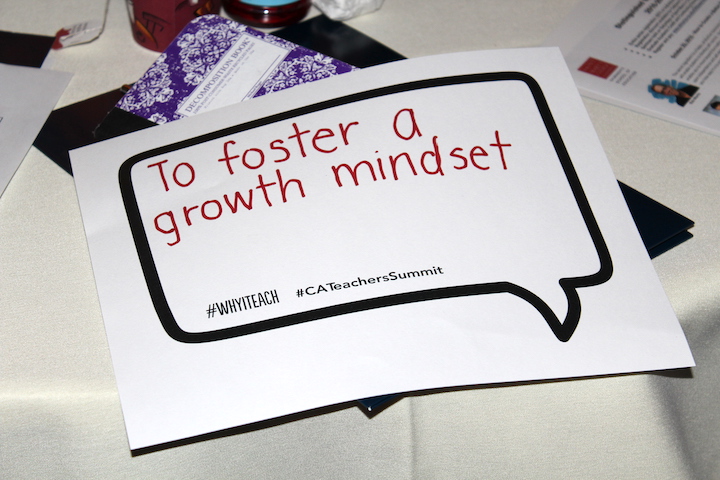 For a second straight summer, thousands of teachers across California gathered for a day at more than three dozen sites across the state to grapple with implementing a range of reforms in their classrooms, including the Common Core standards.

“The purpose of today is to celebrate what you do and give you ideas you can use,” said Kathy Perez, director of external relations in the Teaching Leadership program at St. Mary’s College in Moraga, one of 38 sites that hosted the second annual “Better Together California Teachers Summit.” 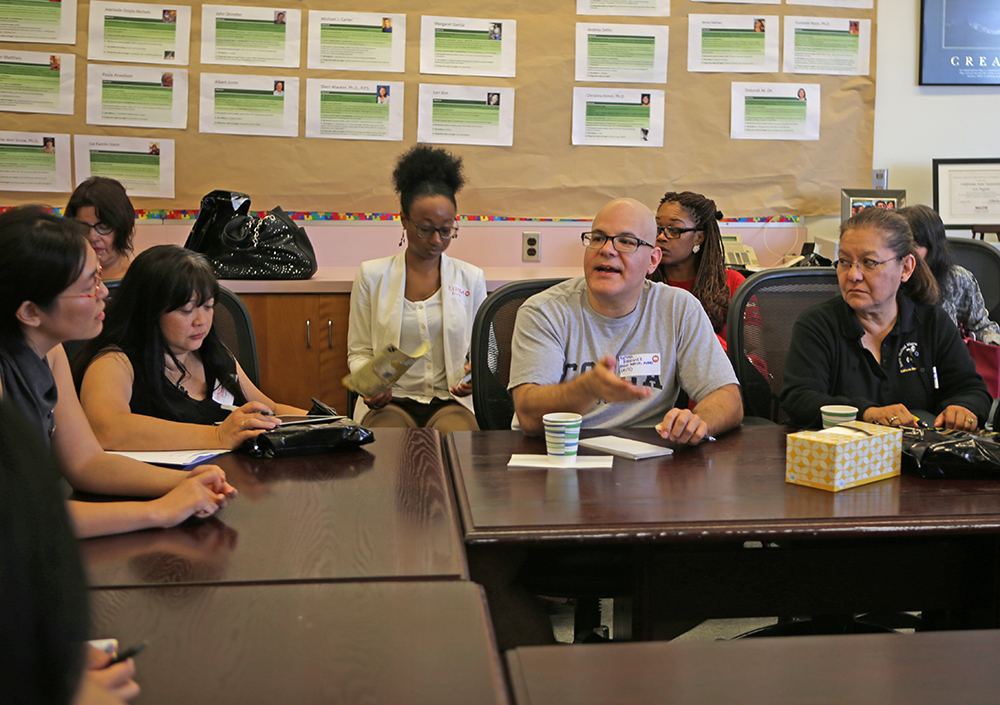 The free, one-day event attended by more than 13,000 teachers on July 29 was funded by foundations and corporations, including the Bill & Melinda Gates Foundation, S.D. Bechtel, Jr. Foundation, along with Chevron and Google. The summit was a partnership of the California State University system, the Association of Independent California Colleges and Universities and the Santa Cruz-based nonprofit New Teacher Center, which works to improve educator effectiveness.

At an event touted “by teachers, for teachers,” participants used a professional development model known as “EdCamp,” which allowed them to shape their learning experience. They spent the day in breakout sessions based on topics they selected that morning.

At St. Mary’s, about 530 teachers divided into groups to discuss nearly 30 topics, including many related to the Common Core. They shared best practices for moving toward grading based solely on standards proficiency and talked through the details of designing and delivering lessons.

Meredith said her school has a social studies unit about Westward Expansion that integrates reading and writing, but she is looking for other lessons that do the same. “One of the things that’s the most difficult is just collecting resources,” she said.

Meredith encouraged Mary Gerlomes, a 6th-grade teacher in her second year at the De Marillac Academy in San Francisco, to integrate historical sources including photos, maps and diagrams into her history curriculum as a way to engage students in writing down their interpretations.

Constance Russell, a librarian at Los Perales Elementary in Moraga, suggested that a good way to collect appropriate resources for social studies lessons would be for the staff at each school to create a list of books for a subject area and then share them districtwide.

At a session on standards-based grading, teachers discussed the challenges of assigning grades to students based solely on mastery of standards, instead of also giving students points for effort, class participation and extra credit even if they are not proficient.

Ernesto Umana, who teaches math in grades 7-8 at Manzanita Charter Middle School in Richmond, said he thinks it is more meaningful to assign grades based on proficiency — rather than factors such as class participation or things unrelated to content mastery — but found it difficult when grading strategies vary from class to class and school to school.

“If the entire system isn’t using that,” he said, “it’s an uphill battle.”

Meredith Barnidge, director of theater arts at De La Salle High in Concord, shared her grading rubric, which uses a 100–point system, with each standard worth 5 or 10 points, based on the level of students’ knowledge and skills.  However, Barnidge said she didn’t like to give students zeros  if they wanted to redo assignments and improve their grades.

Several teachers in the group discussed the idea of establishing deadlines and giving more points to students who complete assignments correctly on time, while still allowing students who want to improve to make corrections, then giving them partial credit.

Doug Mead, a veteran high school English teacher, said he struggled last year with differentiating grades for students who got the right answer the first time, compared with those who corrected their work based on his feedback.

Jennette Gay, a fifth-grade teacher at Madera Elementary in West Contra Costa Unified, agreed, saying some students who turn in perfect math papers may have already known how to do it.

“The learning process is in correcting their mistakes,” she said.

Zari Aziz, who teaches science in grades 6-8 at Peace Terrace Academy in Fremont, said she liked Barnidge’s idea of allowing students to earn higher grades if they “step up their game.”

After the session, several participants said they appreciated the event because it gave them an opportunity to learn from each other.

Gay said hearing what other educators are going through has helped her to improve.

“I think the best teachers are always striving to do better,” she said.

Umana said he picked up many tips and resources during the first year of the conference that helped make him more efficient.

“There’s no need to reinvent the wheel,” he said.

At the end of the event, organizers encouraged participants to stay in contact throughout the year on social media. The ideas and resources they shared at the breakout sessions were collected in a  Google document available  to all participants.

“The long-term goal,” said Kitty Dixon, senior vice president of the New Teacher Center, “is to make sure that every California teacher has access to resources and a network for learning opportunities to grow their practice and improve instruction for kids.”

EdSource receives financial support from several foundations including the S.D. Bechtel, Jr. Foundation, but  has sole editorial control over the content of its coverage.