California risks losing more than $500 million in federal funds if it doesn’t establish new rules within a year governing eligibility for state-subsidized childcare and after-school programs. At least three attempts to accomplish that have died in the Legislature since 2014.

The state has until Sept. 30, 2017 to comply with a 2-year-old federal requirement to ensure that families qualifying for public childcare, preschool and after-school programs remain eligible for 12 months without having to re-establish eligibility during that time. The legislative window to pass a bill making that change has narrowed to one session, starting in January. Failing that, the change would have to occur through the state budget process.

Advocates and parents say the current rules often cause people to lose benefits over bureaucratic hurdles, when their job status changes or they receive even a minor wage increase.

“The status quo is hurting families, women and children stuck in a vicious cycle of poverty,” said Mary Ignatius, statewide organizer for Parent Voices, a nonprofit that advocates for childcare policies. “No matter how hard someone works, how many jobs they have, how many degrees they are pursuing, they always end up against a wall that keeps them from breaking through.”

“They thought I was a little crazy. They said, ‘Well, no, he’s doing good, we really like him, we want to reward him,’” said Angela Torres of Santa Rosa, who asked her husband’s employer to take back a raise they’d given him.

Angela Torres of Santa Rosa has battled the status quo for two years.

This year, Torres’ husband became licensed to drive large trucks and, as a result, received a raise from his employer of about $2.50 an hour.

However, that bumped the Torres family over the income limits for the subsidized childcare programs.

“I went to his job and thanked them and told them we really appreciated it, but could they take it back so we could afford our childcare,” Torres said. “They thought I was a little crazy. They said, ‘Well, no, he’s doing good, we really like him, we want to reward him.’”

Torres cut her work hours back to preserve her eligibility for childcare for her two daughters, ages 3 years old and 10 months old. Then she was laid off from her job at a thrift store and when her unemployment benefits kicked in, she became ineligible again. To regain eligibility, Torres registered for classes at Santa Rosa Junior College and dropped her unemployment benefits.

“It literally feels like every couple of months my childcare is getting terminated and I’m trying to work the system to change things around and fix it,” she said.

The latest legislative attempt to change those rules was AB 2150, sponsored by Assemblyman Miguel Santiago, D-Los Angeles. The bill, co-sponsored by Parent Voices, died in the state Senate in August over concerns about its cost.

About 450,000 children under age 13 are in California’s state-subsidized childcare, preschool and after-school programs. Families must re-establish eligibility whenever their circumstances change, including employment, income, address or school status. Also, families lose eligibility once their income exceeds 70 percent of the state median income; 70 percent is about $42,000 for a family of three. Santiago’s bill would have revised both those requirements, guaranteeing 12-month eligibility and raising the income limit to 85 percent of the median income.

The federal requirement establishing 12-month eligibility took effect in 2014 with the reauthorization of the Child Care Development Block Grant. California received $573 million in block grant funds last year — about 15 percent of its early education budget. It was one of 10 states to request a one-year waiver — extending the compliance date from Sept. 30, 2016 to Sept. 30, 2017 — from the requirement.

Patrick Fisher, a spokesman with the federal Office of the Administration for Children and Families, said the penalties for not meeting the requirement range from partial loss of funding to disqualification from additional block grant funds.

“We married two concepts that were really important: consistent, stable child care and the ability for someone to earn just a little more to make ends meet,” said Assemblyman Miguel Santiago, D-Los Angeles.

Looking ahead, said Peter Tira, a spokesman for the California Department of Education, which backed AB 2150, “We will have to explore options with the Legislature and the Department of Finance, as we have no authority to implement (compliance measures) on our own.”

Santiago said he will put some version of the bill forward in January.

“We’ve learned the argument better and who we need to talk to,” he said. “It’s absolutely imperative to get this done. The problem is still there, and the solution is on the table.”

Tira said, “In addition to the need to comply with the CCDBG requirement for 12-month eligibility, we think it is the right thing to do for children and families.”

But while the Department of Education estimated the bill would cost between $1 million and $5 million a year — as 2 to 10 percent of children who now dis-enroll each year remained in the system under the new rules — the state Department of Finance arrived at a much higher number, estimating costs as high as $30 million annually. Department of Finance analysts said the state would incur greater costs as fewer families were removed from programs for exceeding income limits, and as more children became eligible for services through CalWorks, the state’s welfare program. 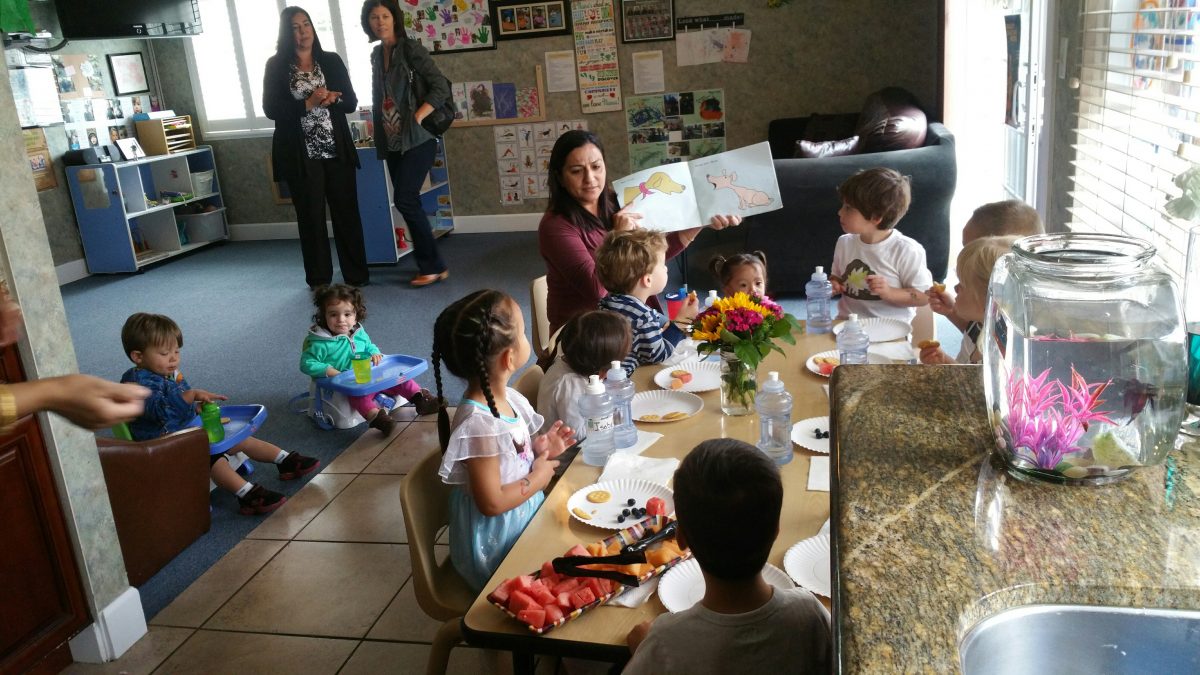 This week, Department of Finance officials said they are aware of the compliance deadline — and have discussed the issue with federal officials — but it’s not certain what the ramifications of not coming into compliance would be.

“A half a billion dollars is always a significant part of the discussion,” said Jessica Holmes, the department’s acting principal program budget analyst. “However, it’s not clear at this time what the penalty would be, and it could be much smaller.”

Department of Finance spokesman H.D. Palmer said, “Given that you’re looking at a deadline of more than a year, it’s fair to say that it is speculative at this point to talk about loss of funding.”

Santiago said that with more time to hash out the difference between cost estimates, “We’ll have the ability to reconcile over the numbers and begin with a much more solid bill.”

AB 2150’s supporters are strategizing what’s next. One option is to separate the changes to income limits issue from the 12-month eligibility rules.

Santiago said he’d consider that but “we married two concepts that were really important: consistent, stable child care, and the ability for someone to earn just a little more to make ends meet.”

With the state having passed a law increasing the state’s minimum wage to $15 by 2021, Santiago said, the income limit consideration becomes that much more important.