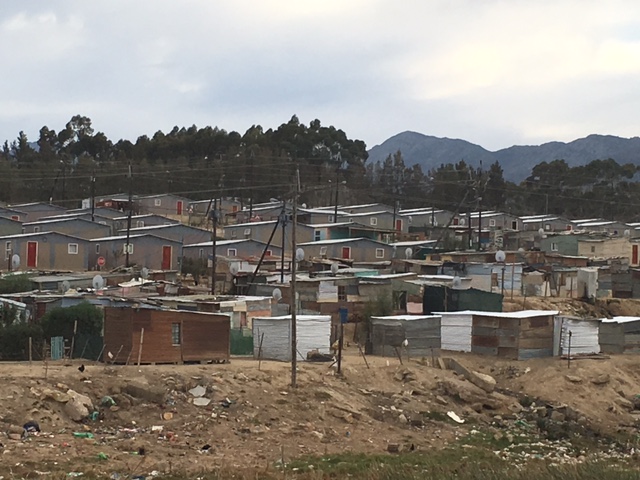 As it has so often in the last several decades, South Africa provides civic lessons for the rest of the world — and for young people in particular — far out of proportion to its size and influence on the global political stage.

I have just returned from a visit to South Africa, my first since the death of Nelson Mandela two years ago. His absence from the political landscape, now roiled by corruption and  increasingly divisive politics even within his own party, the ruling African National Congress, is palpable.

As the ideals Mandela inspired continue to erode, his country’s Constitutional Court — the equivalent of the U.S. Supreme Court — issued a profound ruling that should serve as a model for how a court should function in a democracy.

It offered a contrast with a divided court in the United States that increasingly is viewed as politicized, too often affirming the political views and leanings of the presidents who appointed justices to their lifetime posts. A Gallup Poll administered last fall shows that 50 percent of Americans disapprove of the way the court is handling its job — the highest percentage in at least 15 years.

In South Africa, all 11 members of the court are appointed by the president for 12-year terms (drawn from a list of candidates drawn up by the Judicial Services Commission). Yet they unanimously agreed on a ruling that found that both the president and the National Assembly acted in violation of South Africa’s post-apartheid constitution.

The ruling was the result of a lawsuit filed by a small opposition party, the Economic Freedom Front, that has been a particularly nasty thorn in the side of the government, and President Jacob Zuma himself.

The suit was an attempt to force Zuma to repay millions of rands spent on upgrades to his private residence in a rural area of Kwazulu-Natal. Two years ago, the country’s Public Protector — a position written into South Africa’s still relatively new constitution adopted during Mandela’s presidency in 1996 — had ruled that Zuma had to pay back funds that clearly couldn’t be categorized as security upgrades to the compound.

One particularly contentious item paid for by the government was a swimming pool — which Zuma’s defenders argued was a security upgrade as the water from the pool could be used to douse fires that might threaten the compound.

Unlike in the United States, where the Supreme Court still resists having its ruling broadcast on radio or television, Chief Justice Mogoeng Mogoeng read the ruling live on national television.

The ruling did not hold back in its criticism of not only of Zuma, but of the ANC-dominated National Assembly (the equivalent of the U.S. House of Representatives), which protected Zuma and dismissed the findings of the Public Protector.

It said he had failed to “uphold, defend and respect” the constitution in ignoring the findings of the public protector Thuli Madonsela.

“Constitutionalism‚ accountability and the rule of law constitute the sharp and mighty sword that stands ready to chop the ugly head of impunity off its stiffened neck,” the ruling read in one particularly Shakespearean flourish.

The Public Protector, the court ruled, is “one of the most invaluable constitutional gifts to our nation in the fight against corruption‚ unlawful enrichment‚ prejudice and impropriety in State affairs and for the betterment of good governance.”

Acknowledging the court’s role in South Africa’s struggling economy, the justices wrote “the tentacles of poverty run far‚ wide and deep in our nation. Litigation is prohibitively expensive and therefore not an easily exercisable constitutional option for an average citizen. For this reason‚ the fathers and mothers of our Constitution conceived of a way to give even to the poor and marginalised a voice‚ and teeth that would bite corruption and abuse excruciatingly.”

The next evening, Zuma went on national television and to the disappointment of many South Africans did not resign from office. But he did agree to pay back whatever funds the state deemed were not security upgrades — and more importantly acknowledged the legitimacy of the court.

His words may have rung hollow to many, given Zuma’s efforts to undermine not only the Public Protector’s position, but also other key institutions such as the National Prosecution Authority. The ruling on his Nkandla estate was only one of multiple corruption scandals that Zuma has been linked to, and somehow been able to escape being prosecuted for.

This week Zuma easily beat back a motion for impeachment made by the opposition parties, but it was easily defeated in the ANC-dominated National Assembly. But last week’s court ruling was a proud and defiant affirmation of the importance of what former Constitutional Court justice Albie Sachs calls a “culture of constitutionalism” that has taken root in South Africa in the 20 years since the constitution was ratified.

In the United States the constitution has been part of American life for 10 times as long. Especially among young people who are not familiar with the constitutional battles their parents and grandparents may have lived through it is easy to take the U.S. Constitution for granted, especially against the backdrop of the decline of civics education in U.S. schools. Rather than seeing the Constitution as a unifying force, it would be easy to view it in exactly the opposite way: as a cudgel that heightens divisions on some of the most contentious issues in the modern era.

South Africa’s democracy is still in its infancy, so perhaps for that reason the constitution is still a document that citizens count on to stop a government from going off the tracks.

Would that the United States Supreme Court were less divided politically — and be able to inspire a generation of young people that principles enshrined in a constitution are as important to the founding of a nation as they are to its sustenance.

Louis Freedberg, who was born and raised in South Africa, is executive director of EdSource.