Schools must have a role in ending dating abuse 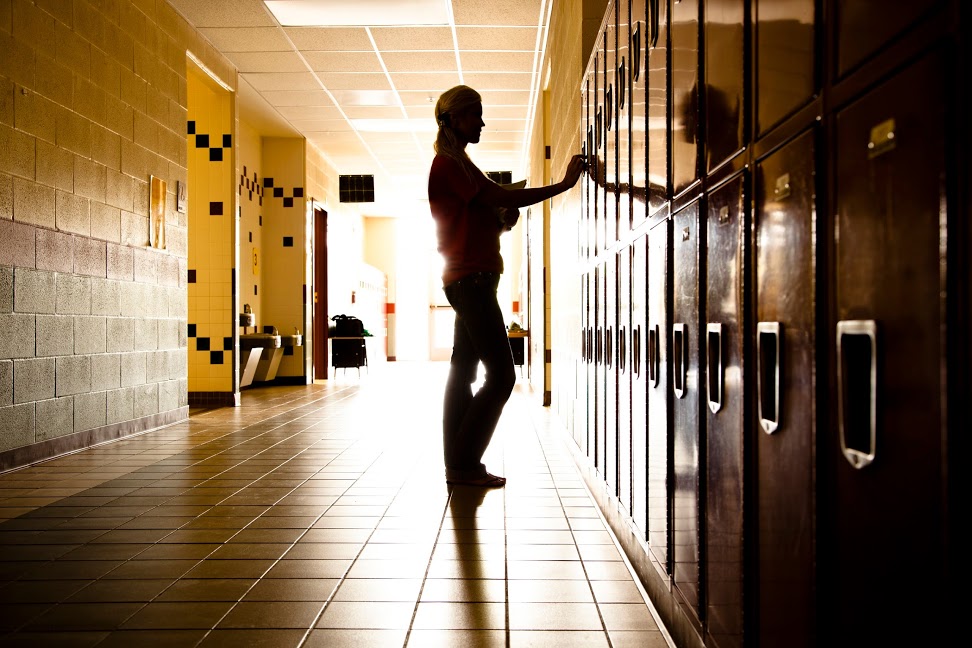 Young people experiencing dating abuse often live in a world of isolation, self-doubt and fear that affects every aspect of their lives, including school. Jessica, a survivor of teen dating  abuse, has a story that is all too common.

When Jessica was a sophomore at Fairfield High School, she began dating a fellow student. She believed that the intensity of his feelings for her caused his initial jealousy. But that soon transformed into a pattern of overbearing control. He declared that no one else existed besides the two of them. He forbade her from talking to girlfriends and young men. He dictated that she not wear makeup or skirts.

Beginning to feel her independence diminishing, Jessica became depressed and agonized over how to end a relationship with someone who said he would commit suicide if she broke up with him. Not surprisingly, her classroom participation declined. In a class she and her boyfriend shared, she fell silent and stopped participating in a group project when he stared at her with threatening disapproval at the prospect of her interacting with other boys in the group. She felt humiliated and defeated.

One in four youth in the United States struggles through some form of dating abuse. Nearly half of students who have experienced dating abuse report that at least part of the abuse occurred at school. It’s not unusual for a student’s academic performance to suffer as a result, as it did in Jessica’s case.

How can we expect young people to learn, excel academically and grow into healthy adults in unsafe school environments? How can we adults support the development of healthy teen relationships and the skills they need to get there?

Preventing adolescent dating abuse in and around schools is essential. It can be done with in-classroom education and school policies that teach teens about healthy relationship skills and give school staff the tools they need to foster those behaviors. These school plans should include elements that are known  to increase positive outcomes for teens, including youth development programs that go beyond relationship education to engaging adults in their communities in violence prevention strategies. Supported by their schools and the adults around them, empowered teens can lead healthy relationship discussions in their schools, creating a real cultural shift among their peers.

Our work with schools in the Los Angeles Unified School District is just one example of what can happen when educators work in partnership with advocates, students and parents to make healthy relationship activities a priority. One key to success has been classroom education using a violence prevention curriculum that teaches students how to identify characteristics of unsafe relationships and how to build healthy ones. We have seen how this knowledge has empowered students to become leaders and peer advocates at their schools, to form clubs and join the groundswell of statewide leaders advocating  for prevention policies.

Sharlotte joined our Peace Over Violence STOP Club in 2009 after an abusive relationship. Initially joining the club to build her leadership abilities, she learned to process her experience and build skills that led her to want to share her story and inspire other youth to ask for help. Today Sharlotte is one of POV’s strongest youth advocates and serves as part of their theater-based violence prevention and youth outreach troupe in South Los Angeles. This project is aimed at using youths’ personal experiences to engage adults in the community, particularly men, to become allies in  the movement to prevent dating violence.

What will it take to expand this movement in California and prevent other teens from experiencing dating abuse like Jessica and Sharlotte did? It will take immediate action from school boards and education leaders in communities throughout the state. The passage of California’s new Healthy Youth Act (AB 329) provides a timely opportunity, as it requires middle and high schools to include healthy relationship education as part of sex education. This should be just one part of a comprehensive campus plan to prevent and respond to adolescent dating abuse. It will require:

There are local domestic violence organizations in every community able to assist their local schools with tailored curricula and policies. In addition, a joint publication of the California School Boards Association and the California Partnership to End Domestic Violence offers guidelines for school boards on designing  policies to prevent dating abuse.

Our children deserve a safe school environment as a prerequisite for academic success and healthy relationships. Prioritizing healthy relationships now will help create a future this generation deserves. California can take the lead in preventing adolescent dating abuse if educators work with advocates to make this happen.