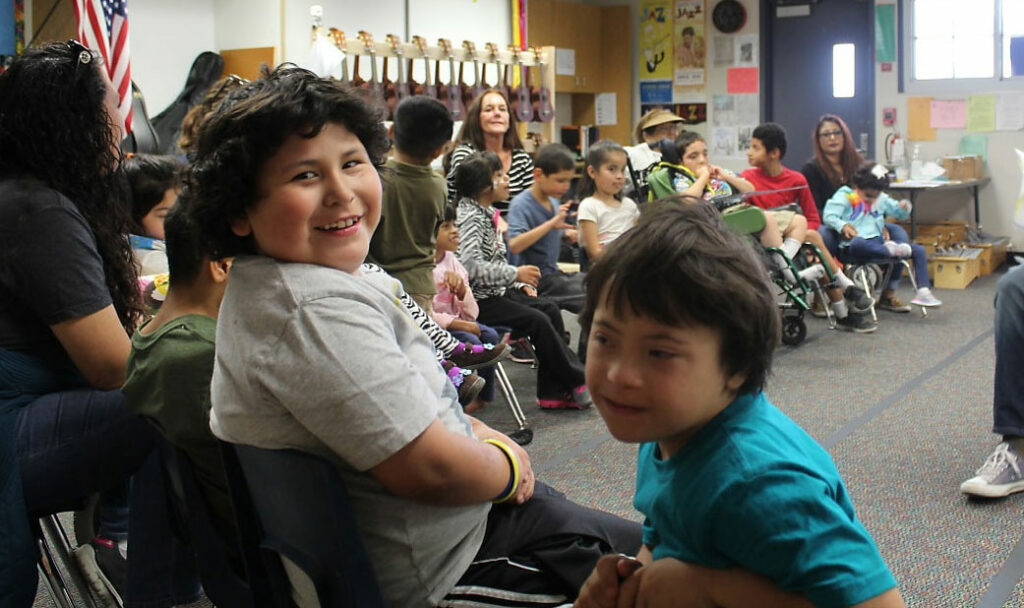 Already, the California Department of Education has said it doesn’t want to do it and doesn’t need to do it. But for the second time this year, a strongly worded report has called for the department to keep track of the $400 million a year that school districts are supposed to spend on mental health services for special education students and produce an annual report on their outcomes.

“The California Department of Education has completely abdicated any responsibility for monitoring or oversight of this program,” said Antionette Dozier, senior attorney at the Western Center on Law & Poverty, a Los Angeles-based statewide advocacy group that co-authored the report. As a result, she said, hundreds of thousands of students are not getting the mental health care they need, resulting in distress, poor academic performance and in some cases, referrals into the juvenile justice system.

The California Department of Education did not respond to a request for a comment. But the department did respond to a January report from the California state auditor that similarly recommended the department produce an annual report on the kinds and costs of mental health services that districts provide to students in special education. The report should include how those students fared on a number of academic and social measures, the auditor stated.

In response to the auditor’s recommendation, Tom Torlakson, state superintendent of public instruction, wrote, “Education does not and is not required by state or federal law to calculate performance and/or outcome measures for any particular subgroup of special education students.” He said that if the Legislature required the California Department of Education to compile additional reports, it would need additional staff and funding.

The “Failing Grade” report cited an example of how a lack of mental health services bleeds into discipline issues. A student given the pseudonym Veronica was 14 when she saw her twin brother murdered, the report said. After that emotional trauma, she became withdrawn and uncommunicative at school, but was not referred for mental health care. On a day she was feeling upset, she attempted to exit school grounds but was stopped by a school resource officer and they scuffled. According to the report, the school had Veronica arrested and she was made a ward of the court. While on probation, she was referred for a mental health assessment, diagnosed with post-traumatic stress disorder and received mental health services, the report said.

School districts should take “immediate action” to comply with special education law by identifying children in need of services, “particularly before taking disciplinary actions or engaging law enforcement,” the report stated. It recommended that districts provide a mental health needs assessment after certain “triggering” events, such as a number of disciplinary incidents or suspensions, or when the school is considering contacting police to deal with student behavior.

Mental health services for students with behavior disorders could include a plan for rewarding positive behavior, mentoring on social skills, “check ins” throughout the day and group sessions on anger management skills and conflict resolution strategies, the report said.

The unmet need is great, the report said, referencing data from the state auditor’s report.

Citing a 2013 California HealthCare Foundation report that stated 7.6 percent of children in the state suffer from a severe emotional disturbance, the state auditor estimated that 700,000 children had that condition. Yet from July 2010 to July 2015, only between 104,000 and 120,000 students in California received mental health services as part of their special education individual plan.

As a result, as many as 580,000 children are not getting needed school-based mental health services, the auditor’s report suggested.

New push for mental health training for teachers and principals

State Sen. Jim Beall, D-San Jose, has sponsored two pieces of related legislation. Senate Bill 884 would require that the California Department of Education track the mental health services provided, the costs and the outcomes. Senate Bill 1113 would encourage districts and their regional Special Education Local Plan Areas to tap into additional federal funding for student mental health by creating partnerships with county mental health offices. Funding under the federal Early and Periodic Screening, Diagnostic and Treatment Program, which provides Medi-Cal eligible students with mental health services that include assessment, case management and crisis intervention, is available only through county departments, which can pass along those funds to schools by creating contracts with them.

About 30 years ago, schools were in charge of providing mental health services to students in special education, said Jim Preis, executive director of the Mental Health Advocacy Services. “But kids weren’t getting services,” he said.

Then-Speaker of the Assembly Willie Brown, D-San Francisco, introduced Assembly Bill 3632, enacted by the Legislature in 1984, which shifted the responsibility to county mental health offices, Preis said, a system that was in place for about 25 years. In the economic downturn of 2007, payments for those services dried up, he said.

“One of the budgeting tricks that was done to get through those tough years was to basically not pay the county to provide health services and to rack up a debt,” he said.

As a result, when the 2011 Assembly Bill 114 budget trailer bill moved mental health services back to the schools, the counties didn’t protest too much, he said. But compliance has been an issue, he said.

The shift created a “disincentive” for schools to identify students in need of mental health services, he said, because that money now comes out of funds already allocated to schools. Previously, county mental health offices would provide the services and bill the state for them.

But the $400 million budget for mental health in special education is large, Dozier said. “I don’t know that school districts can argue they don’t have sufficient funding to provide these services,” she said.