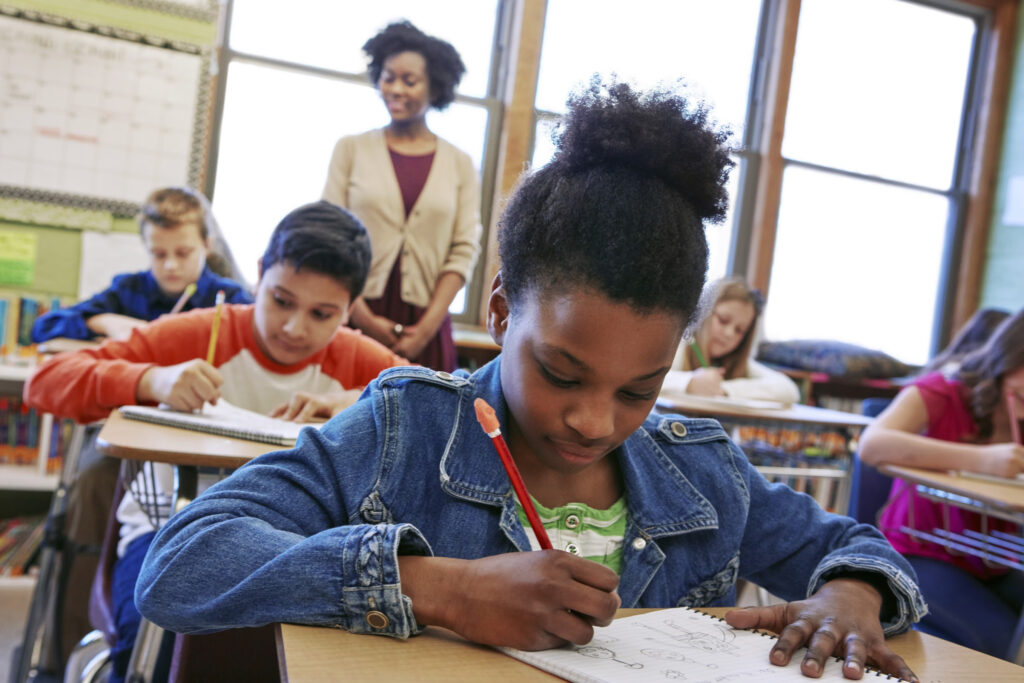 Differences in proposed federal and state criteria for intervening in the lowest-performing schools could lead to what California education officials have insisted they want to avoid: two conflicting school improvement systems.

The Legislature required and the California State Board of Education is designing a multidimensional school accountability system that will incorporate measures of school climate and students’ readiness for college and careers. But, according to a new analysis, proposed federal regulations would, in effect, prohibit states from using these and other indicators to determine which schools receiving federal aid require intensive state assistance.

It would be an echo of the decade under the former No Child Left Behind Act, when most California schools gradually improved under the state’s Academic Performance Index, or API, but at the same time fell farther behind under the federal government’s rising proficiency targets under NCLB. The mixed signals confounded educators and parents alike.

Heather Hough, a researcher affiliated with Policy Analysis for California Education, or PACE, a Stanford University-based nonprofit, led the data analysis, which was released Monday, the last day for submitting comments to the U.S. Department of Education on the proposed regulations for the Every Student Succeeds Act, which is replacing NCLB. The 21-page report supports complaints by education officials from California and other states that regulations would be more restrictive than Congress intended in passing the new federal law. Hough is the executive director of a research partnership between PACE and the six California districts, known as CORE, that have independently created their own school accountability system. The partnering organizations used CORE school data for the study. 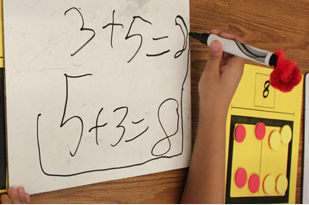 With the new law, Congress, like California, moved away from a test-results-only system to include multiple measures: proficiency on English language arts and math standardized tests; growth over time on those test scores; high school graduation rates and growth in English learners’ proficiency in English. These four factors must carry “substantial” weight when identifying the lowest-performing 5 percent of schools for comprehensive support.

ESSA also requires that states include at least one more measure, a “School Quality or Student Success” factor that could include non-academic measures such as chronic absenteeism or student suspension rates. California plans to include these measures and several additional performance indicators, including an aggregation of college and career readiness metrics.

But the proposed federal regulations would minimize the impact of any School Quality or Student Success factor in determining the list of schools requiring assistance. A school’s excellent results in reducing absenteeism or preparing students for the workforce or college could not count toward removing a school from the 5 percent list, the draft regulations state. If that’s the case, the PACE study determined that these factors’ impact would be negligible, with a weight of no more than 1 percent.

The Legislature and state officials have included school climate and college/career readiness factors because they believe they reflect multiple goals they want schools to pursue. But Hough and the researchers concluded, “If these measures have to be weighted at zero to comply with federal law … the reason for including them in state accountability systems is fatally compromised.” ­Districts would pay less attention to them even if the state board highlighted schools’ performance on these areas on school report cards and required that school districts address them in their annual planning document, the Local Control and Accountability Plan.

The authors recommended giving the measures at least some weight. They could be a deciding factor in selecting borderline schools that could qualify for comprehensive help, they said.

The report also provides data to back up one of state board President Michael Kirst’s and State Superintendent of Public Instruction Tom Torlakson’s biggest complaints about the proposed regulations: the requirement that states rank each school after blending the results of the measures in an accountability system. Instead, the state board is designing a dashboard of individual indicators without a summative score or rank.

Advocates of a summative number argue it’s the clearest way of telling the community how well a school is doing. But there’s a consensus among California education groups that a summative number is simplistic, reducing a school to “good” or “bad” instead of focusing on its many dimensions.

The report’s analysis of the CORE schools’ performance on the four indicators adds another reason: A summative ranking would reveal schools that did relatively poorly on all indicators but not schools that did the worst on one indicator but slightly below average on other indicators. States could argue that any school whose English learner proficiency rate, for example, was among the lowest 1 percent needs intensive help. The choice is analogous, the report said, to a school counselor’s decision of whether to “target her support to a student with all Ds or to a student with mostly Cs and one F?”

Since they don’t have infinite resources, states should have the flexibility to make that judgment call, based on their own priorities, the report said. A summative ranking, it said, is too restrictive.

On Monday, a coalition of 31 national civil rights organizations, led by the Leadership Conference on Civil and Human Rights, disagreed with PACE researchers’ positions on summative rankings and the weighting of non-academic factors in a lengthy critique of the Department of Education’s proposed regulations. “We share the goal of transparency, but because the law requires the use of summative ratings in the accountability system, it would go against the goal of transparency to purposefully exclude these required summative ratings from public disclosure,” the letter said.