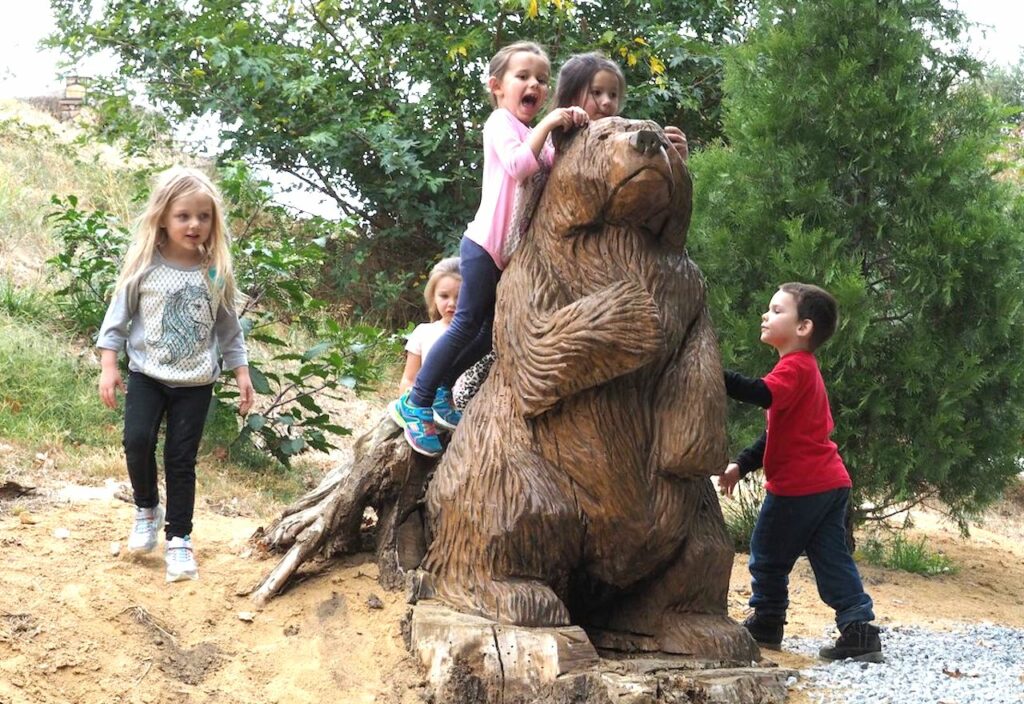 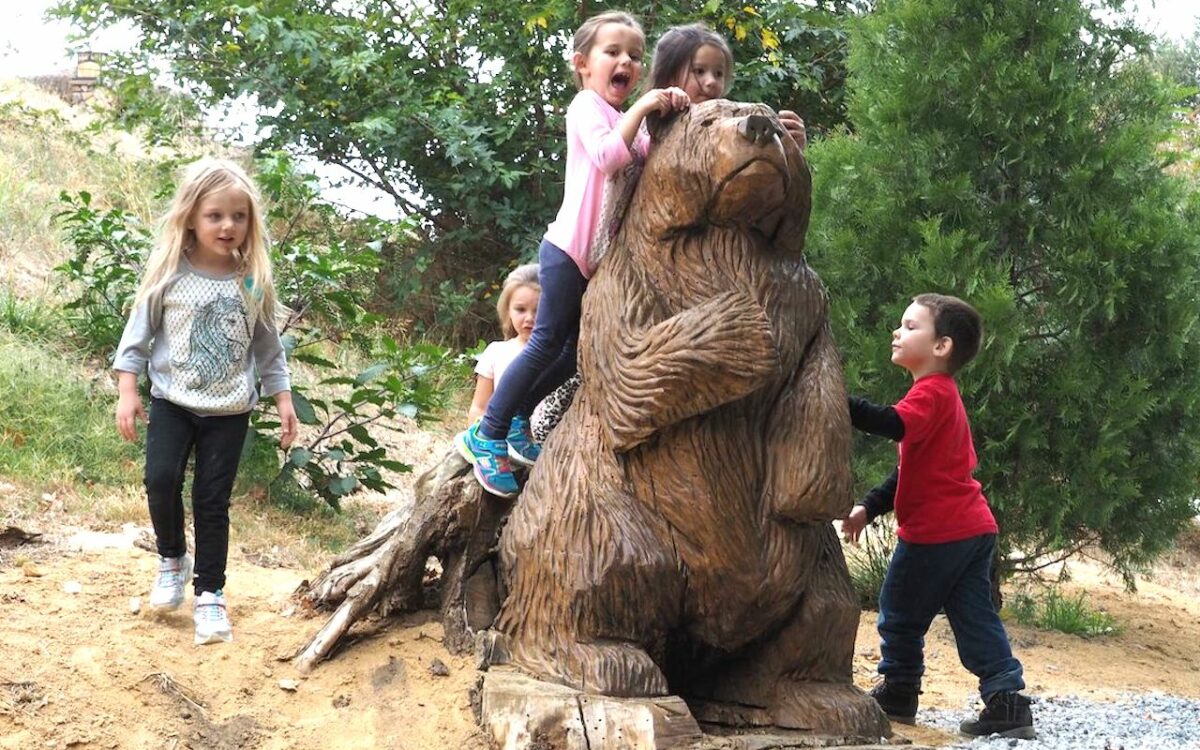 The preschool children sit with legs crossed, squirming a little, as their language class begins at a Native American Head Start preschool on a reservation in Shasta County.

“Hestum,” says the teacher, which means “Greetings” in Wintu.

The children at Redding Rancheria eagerly respond and then, together with the teacher, count from 1 to 10 in Wintu.

In the shadow cast by more than a century of government policies aimed at forcing Indian children to abandon their tribe’s language and assimilate, Native American Head Start preschools throughout California are introducing children to their native languages to help connect them to their cultural history.

Ongoing efforts to preserve Native American languages were given a boost recently with the release of the federal “2014 Native Youth Report,” which recognized the role of language in supporting Native American youth.

Teaching native languages helps to “bolster the identity and self-worth of Native youth by respecting the norms and culture of their families and communities,” the report said. “Moreover, the local community, including elders, engages more in the learning process when it reflects and includes key elements of Native language and culture.”

The report asserts that harsh assimilation policies have resulted in Native Americans having the lowest high school graduation rate (67 percent) of any ethnic group. They are also the least likely to attend a school that offers Advanced Placement courses, and Native American kindergarten students are held back at twice the rate of white students, according to the report.

Beginning in 1860, the U.S. government sent Indian children to government-run boarding schools where they were separated from their families and culture and forbidden to speak their language. That practice didn’t end until the 1970s when government policies toward Native Americans changed, culminating in the passage of the Indian Child Welfare Act in 1978. The emotional and often physical punishments the children endured prevented generations of Native Americans, fearful their children would face similar treatment, from passing on their language to their children.

Slightly less than 2 percent of the children enrolled in 2015 in Native American Head Start programs in Region XI, which includes California, spoke a primary home language that was a native language – down from 8 percent of enrolled children in 2001 – according to a March 2015 memorandum from the U.S. Department of Health and Human Services regarding native language preservation and revitalization in Head Start programs.

Although language policies have changed, Head Start teachers and program directors have run into a number of obstacles in implementing the new approach, including a dearth of native speakers, government regulations and the complexity of some of the languages.

Two centuries ago, between 80 and 90 different languages were spoken within the boundaries of what is now California, according to the Survey of California and Other Indian Languages at UC Berkeley. Today, many of those languages are no longer spoken or are fluently spoken by only a few.

Tamara Alexander, a Head Start teacher in Yreka in Siskiyou County and a Karuk Indian, said only a handful of people in her tribe are fluent in Karuk. Alexander’s grandmother was a native speaker who had been sent to boarding school and punished for speaking Karuk. When she had children of her own, she spoke to them primarily in English.

But “as the children grew older and my grandmother healed from the trauma she went through,” she taught her children and grandchildren Karuk, Alexander said.

The few remaining elders who speak native languages are often wary of government agencies, including Head Start, which requires background checks for volunteers in the classroom and college degrees for teachers.

The elders wonder, “Why do they want all my information, my fingerprints, just because I want to teach my culture and my language to these kids?” Alexander said. “That’s a big barrier. It makes them feel like the government is trying to control and dictate how they can teach their own culture to their own people.”

The requirement for a bachelor’s or associate degree and courses in early childhood education to become a teacher or teaching assistant in Head Start programs is a point of contention between the Indian nations and the federal government. In a memorandum on “issues and concerns to be explored” sent to the U.S. Department of Health and Human Services in May 2015 and posted on its website, the National Native American Head Start Directors Association said those requirements should be lifted for “cultural teachers,” who often are elders who “are not interested and are unlikely to seek a degree for meeting the teacher/teacher aide qualifications.”

California has taken an innovative approach to this issue by creating a specialized teaching credential for American Indian culture. The tribe determines the qualifications for the teacher and then recommends people who meet the criteria to the California Commission on Teacher Credentialing, which issues the credential. The credential is valid in state preschools and K-12 public schools, but not in the federal Native American Head Start program – the only public preschool program primarily for Indian children.

Head Start requires its preschool programs to meet a ratio of 10 children to one staff member trained in early childhood education, said Bessie Shorty, manager of Head Start for the Yurok people in Klamath in Del Norte County. “And money is so thin,” she said.

Some tribes, such as the Yurok Nation, have obtained highly sought-after language training grants through a law passed by Congress in 2006 aimed at preserving Native American languages. The Yurok Nation is training preschool through high school teachers in its native language.

“We’re trying to encourage our staff to use the language and grow our own teachers,” Shorty said.

A similar approach is being used by the Hupa Indians, who live on a 141-square-mile reservation among wooded mountains along the Trinity River in Humboldt County. Their Head Start program is the recipient of a three-year federal language grant.

Marilyn Marshall, a head teacher, said all the teachers are going to Hupa language classes together. Although they are excited about the opportunity, “we’re worried that we’re all adults, which makes learning a new language more difficult,” Marshall said. “We may not get the pronunciation right.”

The children on that reservation have a better chance than many of becoming fluent in their native language because the reservation’s elementary and high schools each already have a Hupa language teacher.

However, at Redding Rancheria, a 31-acre reservation that is too small to house most members of the three tribes – Wintu, Pit River and Yana – represented there, the preschool children attend several different elementary schools where no one teaches their native languages. Similarly, the elementary schools attended by the Karuk Head Start children have no Karuk language program.

Another obstacle teachers encounter is the complexity of some of the languages. Preschool teachers often focus on teaching children colors and how to count. In a bilingual program, children will learn those basics in both languages.

But Yurok is more complicated. Perkeryerh means red. So does perkeryer’ery, pekoye’ron, pekoyok’s and pekoyop’. The word choice depends on what the speaker is talking about. If it’s a red bird, then perkeryer’ery is correct. But when describing water, it’s pekoyop’. Similar distinctions are made for numbers. There are many different ways to say “one,” depending on what the speaker is counting.

Head Start teachers also say it’s difficult to find the time to teach native languages and cultures because they must meet a number of other requirements to prepare students for kindergarten.

“While I do know quite a bit of language and culture, sadly it is not the first thing that comes to my head in the classroom with the kids,” Alexander said. “I am focusing on the oh-so-many other requirements that need to be accomplished to meet our performance standards. It is a challenge that I struggle with to have language and culture go hand in hand with the federal requirements and performance standards.”

Despite the obstacles to teaching Native American languages, some languages are being resuscitated. 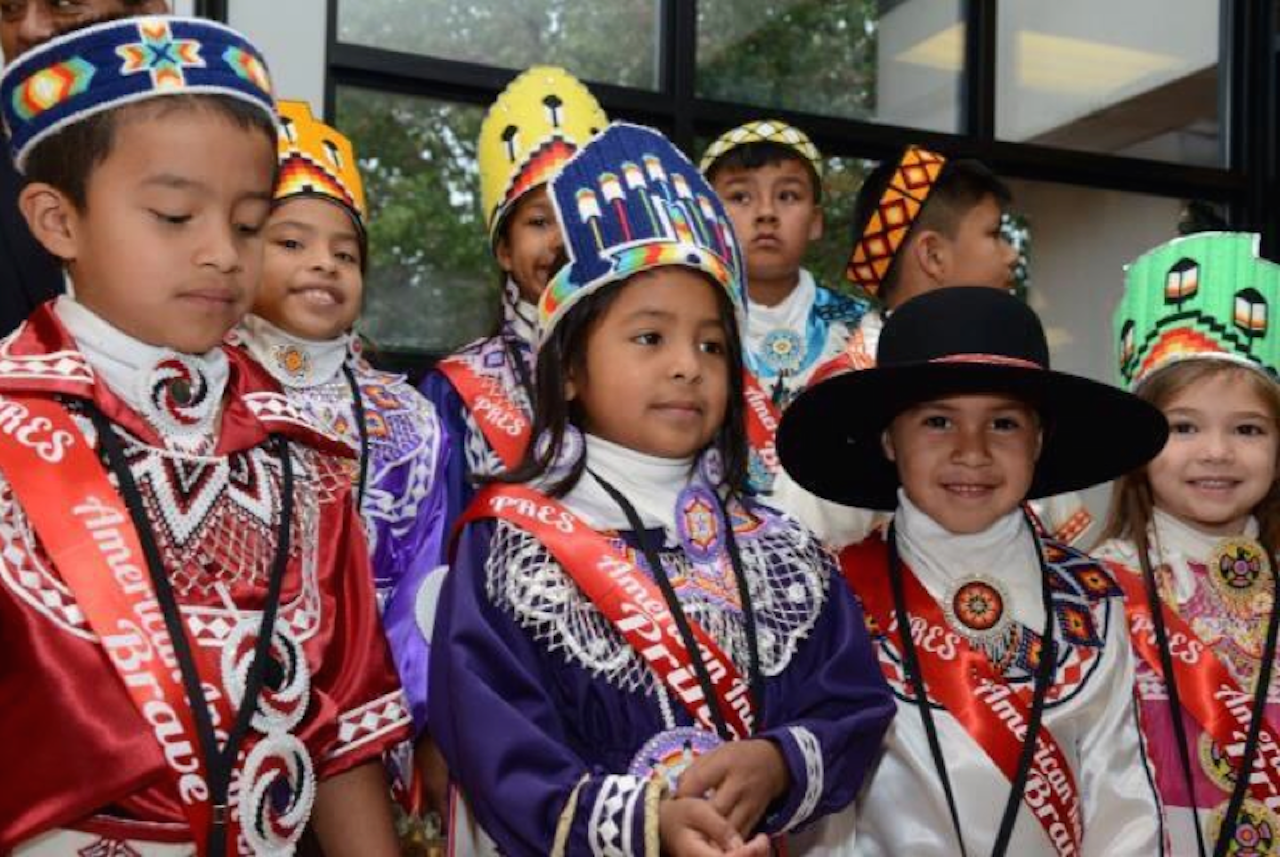 Victoria Carlson, assistant manager of Head Start for the Yurok people and a credentialed Yurok teacher, learned the language from her grandparents.

“There are not as many elders as there used to be,” Carlson said. “But there are quite a few people in their 20s to 40s who are semi-fluent. I teach my children Yurok. Other parents in the community are teaching Yurok.”

And those efforts to keep the language alive offer hope that the same revival could happen for other American Indian languages. Linguists who conducted the UC Berkeley survey had predicted that the Yurok language would be dead, Carlson said.

“Yurok is not a dying language,” she said. “Actually, it’s thriving.”

Leave a Reply to Marilyn Ellis