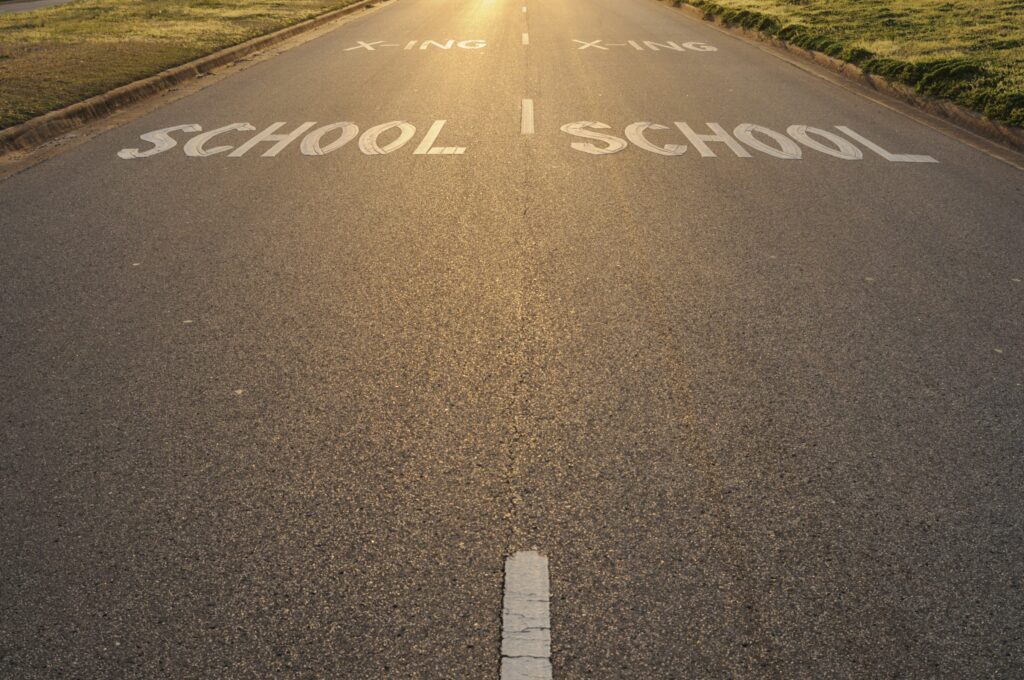 The federal investigation involved one school district, one private special education subcontractor and one student. But advocates say they are hoping that the probe of the Oakland Unified School District, the Anova Center for Education Contra Costa and the education of 9-year-old Stuart Candell – which included a finding that Oakland Unified violated federal education law – will prompt districts everywhere to think twice before outsourcing the education of students with disabilities to private schools that routinely use harsh behavior control techniques.

“We know many of the abuses take place in the private schools,” Arlene Mayerson, directing attorney at the Disability Rights Education and Defense Fund, said, referring to the repeated, non-emergency use of physical restraints by some schools to control students with special needs, as well as the practice of secluding students in rooms they cannot leave. “We will be paying close attention to this case to see how to pursue the issue in other districts.”

In California, private special education schools publicly state one of two things: that they don’t physically restrain students at all or that they comply with the state Education Code and restrain students only in emergencies when students are at risk of harming themselves or others. Yet the schools, which operate under publicly funded contracts to serve students that districts say they can’t, are not required under federal or state law to report publicly on their use of physical restraint or seclusion, Mayerson said.

In findings released this month, investigators with the U.S. Department of Education’s Office for Civil Rights determined that Stuart’s home district, Oakland Unified, denied him an education by allowing the Anova Center for Education Contra Costa to routinely pin him to the floor in a face-down “prone” restraint that caused him to “scream and cry with physical pain” and miss hours of instruction and speech, language and occupational services.

In a violation of federal civil rights protections for students with disabilities, investigators found that Oakland Unified failed to intervene even as its staff members sat through meetings where serious concerns about Stuart’s progress were raised. On more than one occasion, Stuart’s mother said that her son was so distraught about being repeatedly restrained that merely driving up to Anova would trigger his disruptive behaviors; he also had expressed thoughts of suicide, she said. At another meeting, instructors in speech and language reported that they couldn’t provide services to Stuart because he spent so much time being restrained or recovering. Nearly a year passed before Oakland Unified took action to schedule an evaluation of Stuart’s behavior, investigators said.

Now the compliance clock is ticking. Although the resolution agreement with the Office for Civil Rights was announced just this month, Oakland Superintendent of Schools Antwan Wilson signed the agreement June 20 – which means the district is due to submit its first compliance report next week, according to John Sasaki, a spokesman for Oakland Unified. 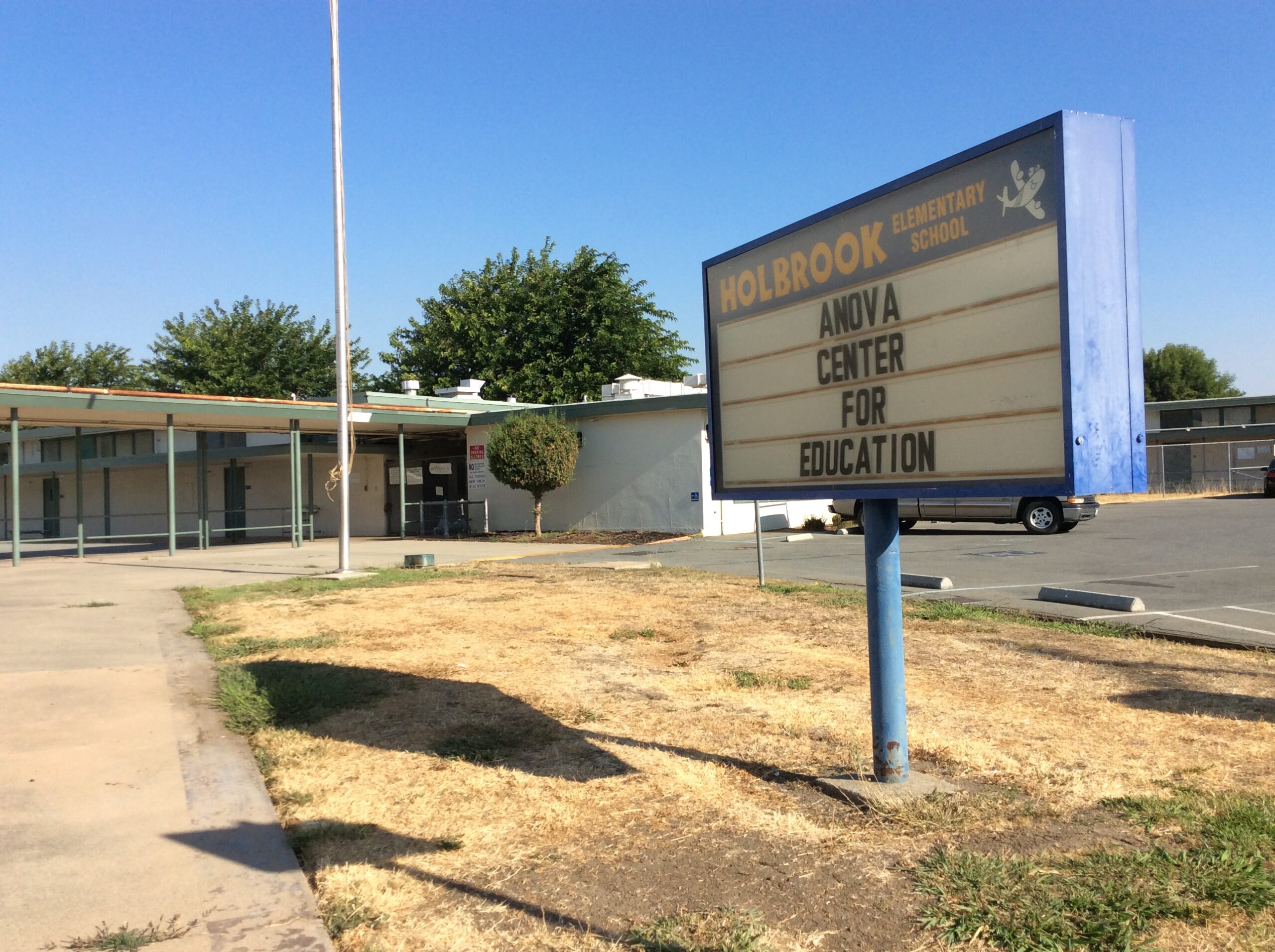 On Aug. 18, ahead of a Nov. 1 deadline set by the Office for Civil Rights, Oakland Unified held an all-day training for special education administrators and staff who oversee the placement of students in private special education schools. Staff from private special education schools also attended. Led by Diana Browning Wright, co-founder of the training center known as PENT, the training included information about the trauma caused by the use of restraints on students and successful non-restraint strategies for addressing serious problem behavior, the district said.

Among the required actions, Oakland Unified is to show evidence that it will not make any new student placements at the Anova Center for Education Contra Costa unless Anova agrees to no longer use prone restraints. In a 2012 resource document, the U.S. Department of Education said prone restraint “should never be used” because of the risk of injury or death from asphyxiation. 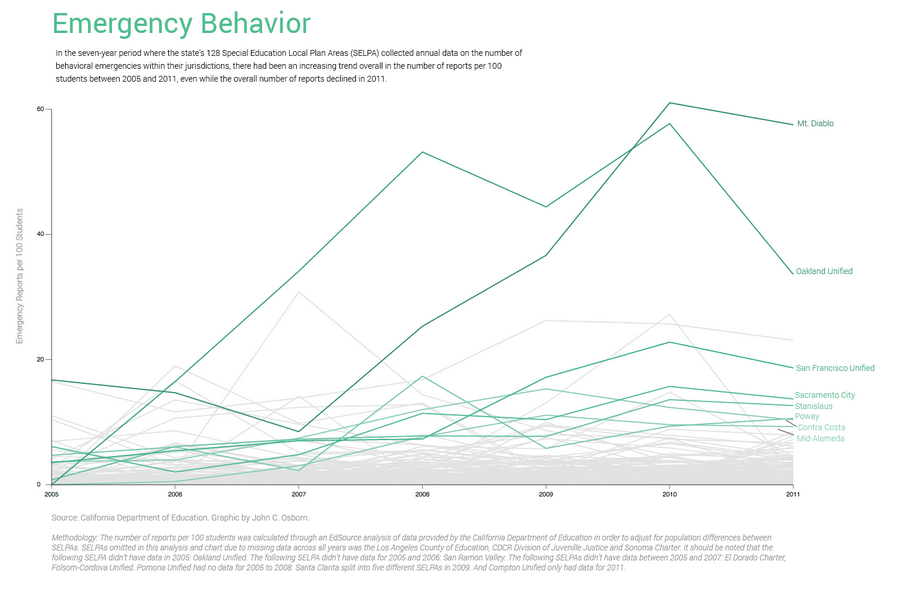 In a statement Aug. 4, Anova said its use of prone restraints was legal and that the restraints were carried out in accordance with practices that “put pupil safety at their core.”

The statement continued: “Anova’s services allow children whose disabilities include severe behavioral challenges, and who cannot progress in a public school environment, the opportunity to receive an education in their local community rather than being confined to a residential institution or potentially coming in contact with law enforcement.”

Another required action is to change the language of the contracts that Oakland Unified will use with private special education schools in the future to include a statement that the private school “will not use prone restraint against district students.”

In addition, Oakland Unified agreed not to contract with private special education schools that use any type of physical restraints as a default behavior control mechanism. Instead, Oakland Unified agreed to monitor how private special education schools track students who have been subjected to restraints and ask whether the schools have a process to create a detailed, individualized plan for helping those students learn to manage their behavior.

Creating effective behavior plans, the resolution agreement states, could involve conducting a precise analysis of the problem behaviors, including identifying triggers and determining what the student might be seeking with the behavior. From there, replacement behaviors can be taught.

In Stuart’s case, federal investigators found that restraints were ineffective in teaching him to manage behaviors that investigators termed “defiant and disruptive, but not dangerous,” such as spitting, slapping and invading others’ personal space. Stuart, who is now 12, has been identified as an intellectually gifted student with autism, anxiety and attention deficit hyperactivity disorder.

But she was cautious. “All agreements end up as a matter of how enforceable they are,” Beckwith said. She said Oakland Unified parents would do well to inform themselves about the terms of the agreement and whether the no-prone-restraint stipulation is a reality at their child’s private special education school. “How aware are parents that the schools should no longer be using those techniques?” she asked.

Beckwith called the practice of restraint and seclusion “still pervasive” in special education, despite a statement from the federal Substance Abuse and Mental Health Services Agency that restraint can lead to psychological harm, physical injuries and death to both the people subjected to and the staff applying these techniques.

But stepping away from the option to immobilize students by holding them on the ground in a prone restraint requires “a deep culture shift,” said Christine Stoner-Mertz, president of Lincoln, an Oakland social service agency that previously operated a private special education school known as Lincoln Child Center. Lincoln sold the school property and discontinued school operations in 2014.

But before then, the school eliminated the use of prone restraints, a process of training and evaluation that took 18 to 24 months, Stoner-Mertz said.

“We had some people leave who felt they couldn’t make that culture shift,” she said. “But when you draw a line, at least in our case, people start to think of alternatives.”