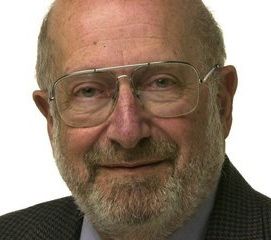 There’s little doubt that in California, as in the rest of the country, poor and minority students tend to get the short end of the educational stick: in the quality of their teachers, in the condition of the schools they have to attend, in books and other materials, and in access to librarians, counselors and other support personnel.

Nor is there much question that California, with its highly diverse population of 6 million K-12 students, still trails the nation both in K-12 funding and overall academic achievement, no matter how measured.

But do any of these things, or all of them together, amount to a violation of the fundamental right to an education under the education and equal protection clauses of the California Constitution?

In two major but very different cases against the state now pending in California appellate courts, groups of students, parents and various organizations are asking the justices to answer those questions affirmatively.

If the courts agree with the plaintiffs in both cases, they will not only shake California’s public education system to its foundations but almost certainly set off tremors everywhere else.

The plaintiffs surely have grounds for complaint. Some California schools, with their constant turnover of indifferent teachers and their antiquated materials and rundown facilities, are truly awful.

But the justices are just as likely to find that these cases involve matters of policy in the exclusive domain of the Legislature and local boards and thus, under fundamental separation-of-powers doctrines, not within the purview of the courts. Often, moreover, the roots of educational inadequacy and inequality lie outside the schools: in poverty, in inadequate health care, in the larger culture.

In Kentucky, New York and New Jersey, among others, the courts have ordered major restructuring of state funding systems.

Elsewhere, judges, fearing to wade into the policy thicket that such cases involve, have shied away. In some, as in Ohio, the legislature simply refused to comply with court rulings.

One of the current California cases, Vergara v. California, is a relatively narrow one. It alleges that the state’s teacher tenure and seniority laws, including the difficulty of dismissing “grossly ineffective” teachers, drive the “lemons” into the most difficult schools, and thus are a major cause of the educational deprivation of poor and minority students. In effect, if not intent, it’s also a direct attack on teachers unions.

The other, Campaign for Quality Education (CQE) and Robles-Wong v. California, originally two suits that were merged by the courts, is similar to scores of suits in other states that raise the question of what constitutes an “adequate” education, and it’s much broader.

It blames the state’s “irrational, inequitable and inadequate system of funding public education” for the denial of the “opportunity to attain proficiency in the academic content standard… and the knowledge and skills the State deems necessary for success in the 21st Century.”

Although a trial court in Los Angeles in the Vergara case found the tenure and seniority laws unconstitutional on their face – their effects, said Judge Rolf Treu, in a well-worn phrase, “shock the conscience” – it’s not likely that his frail 16-page decision will survive on appeal. Given the great range of reasons for the inadequate schooling that poor and minority children – indeed many children – are consigned to, it’s hard to tease out the teacher tenure and seniority laws as a major cause. There are just too many dots to connect.

Nor is it likely that the Campaign for Quality Education plaintiffs will prevail. They lost in Alameda County Superior Court and their chances may not be much better on appeal.

California’s per-pupil funding is still below the national average. But significant recent boosts in K-12 appropriations, combined with a major revision in the state’s school funding formulas, will most likely reinforce the courts’ reluctance to wade into the dense thicket of school finance. More fundamentally, what would the state Supreme Court, where these cases will probably be decided – or anyone – define as “adequate”?

Maybe the best hope the Campaign for Quality Education plaintiffs have lies in Gov. Jerry Brown’s three Supreme Court appointments, one an African-American, one a Latino, one an Asian, all liberals. As law professors prior to their appointment, moreover, both Justice Goodwin Liu and Justice Mariano-Florentino “Tino” Cuellar worked intensively on questions of equity and constitutional rights in public education.

Liu did pioneering research at the UC Berkeley law school showing that in the years after the Civil War, Congress came near establishing education as an essential extension of the right to citizenship under the 15th Amendment.

As a law professor at Stanford University, Cuellar was co-chair of the federal Equity and Excellence Commission in 2011-13 that focused, as its final report said, on the 10 million students in America’s poorest communities – as well as minority students who aren’t poor – “who are having their lives unjustly and irredeemably blighted by a system that consigns them” to the lowest-performing teachers, the most run-down facilities, and low academic expectations and opportunities.

Had it not been for a narrow 5-4 Supreme Court Rodriguez decision in 1973, education would have been an established right under the federal Constitution. It’s this fact, as the Equity and Excellence Commission said, that makes the United States an outlier among modern nations and that has led to the ongoing legal struggles in one state after another.

A victory for the Vergara plaintiffs would be consistent with the current push, supported by Brown, for more local control. Even a modification of the teacher tenure and seniority rules would probably give local districts more flexibility in their employment practices. A victory for the Campaign for Quality Education plaintiffs would be the very opposite – reinforcing state responsibility for providing adequate resources and ensuring equitable treatment in local schools, as the federal commission called for.

But it’s hard to imagine anyone persuading the courts that on their face, the tenure and seniority laws violate students’ constitutional rights unless the courts were prepared to rule similarly on the much more fundamental damage imposed by the state’s inadequate funding system. Don’t bet the farm on either.

Peter Schrag, former editorial page editor and columnist of the Sacramento Bee, has written about education and other issues in California for more than 40 years. He was a consultant to the drafting of the Equity and Excellence Commission report in 2011-13 but contributed little to the final version.