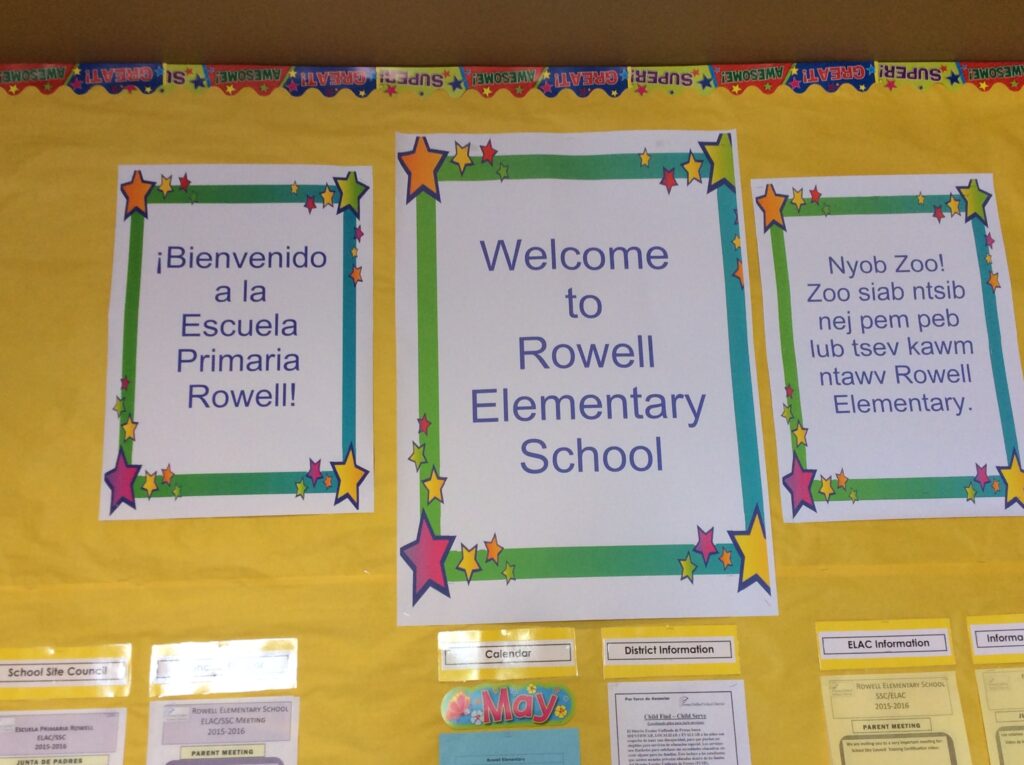 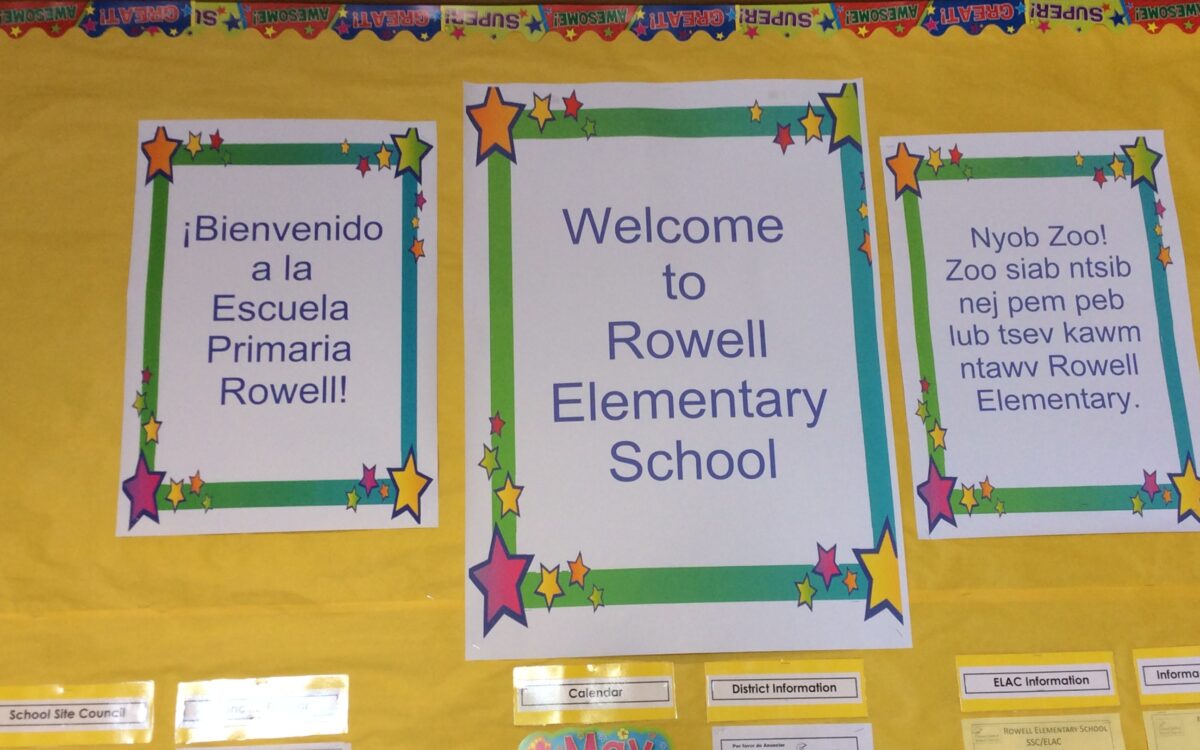 “Turn and talk to your partner,” Judith Franco told her 4th grade students, after prompting them to think of specific plants and animals that help each other survive.

This is not an ordinary 4th grade science lesson. Franco’s classroom is a key part of a push in two California districts to use new instructional strategies to promote greater academic success among students not yet proficient in English.

In Franco’s class at Rowell Elementary in Fresno, Vanessa Arenas and Daniel Delgado, both 10, then turned to each other and talked about how fruit bats help plants to reproduce through pollination. Their classmates joined in with their own examples while Franco wrote them down on a whiteboard in front of the class.

Vanessa is a Spanish speaker who was still learning English when she came to school last year in third grade. By the end of the year, she tested as English proficient.

Instead of just listening to her teacher, Vanessa said she likes talking about science with her classmates. “I really like it because I get to share my ideas with my partner,” she said. “And they get to tell me if they agree or not.”

In Fresno Unified 22 percent of students are classified as English learners, the same as the statewide percentage.  Yet, Fresno was ahead of the state in helping students become English proficient last year, with 18 percent achieving that goal in the district, compared to 11 percent statewide. 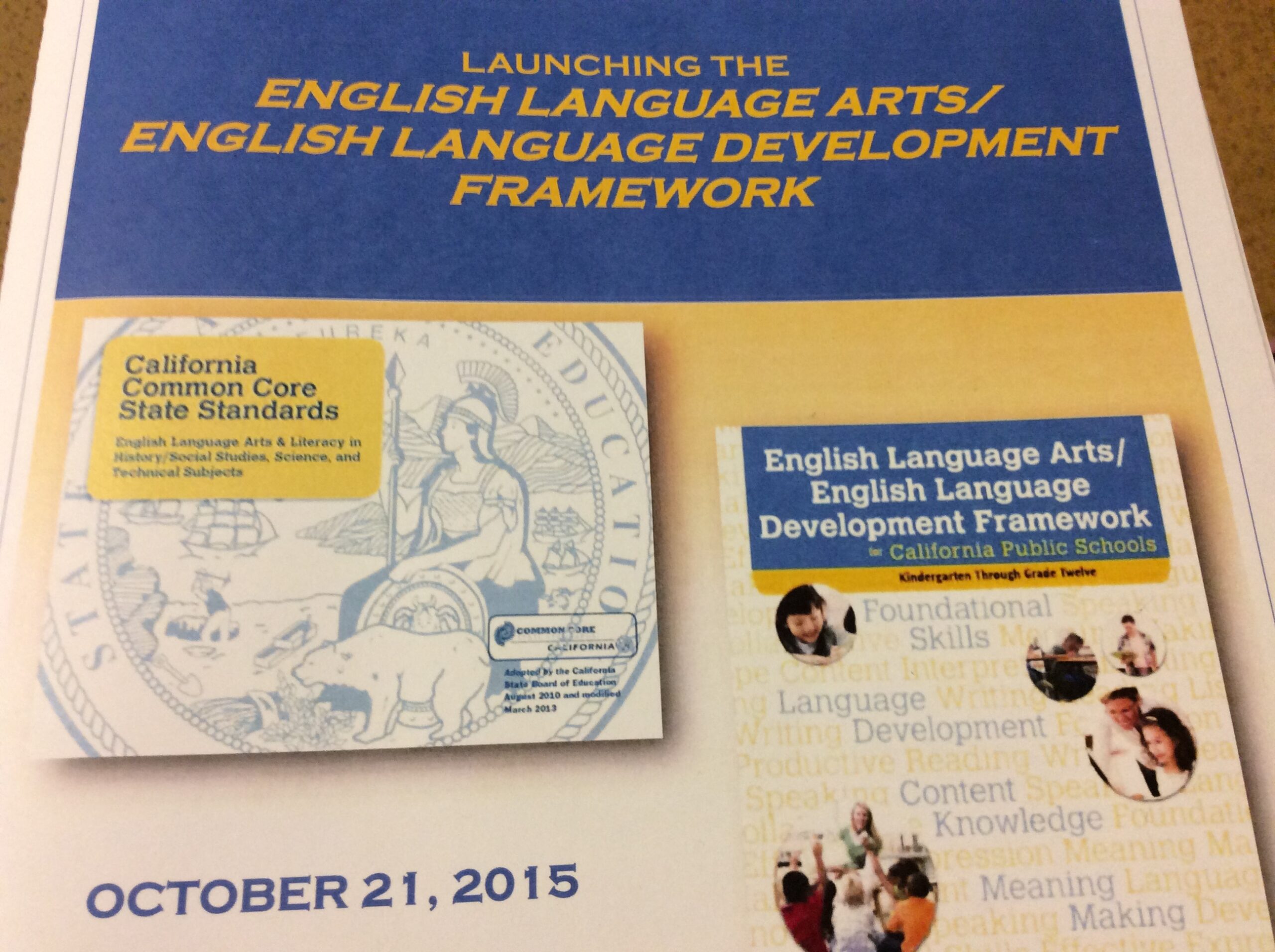 To help English learners graduate from high school ready for college and careers, the Fresno and Sacramento City school districts are partnering with the nonprofit research and policy organization WestEd on a pilot project called  “Leading with Learning” that trains district staff in new K-6 instructional strategies that emphasize critical thinking and language development skills.

“We’re seeing more writing that is revealing what the kids are learning,” she added. “The other thing we’re seeing more of – which I consider impact – is the kids actually talking with one another in small groups, explaining their thinking with the text in front of them.” 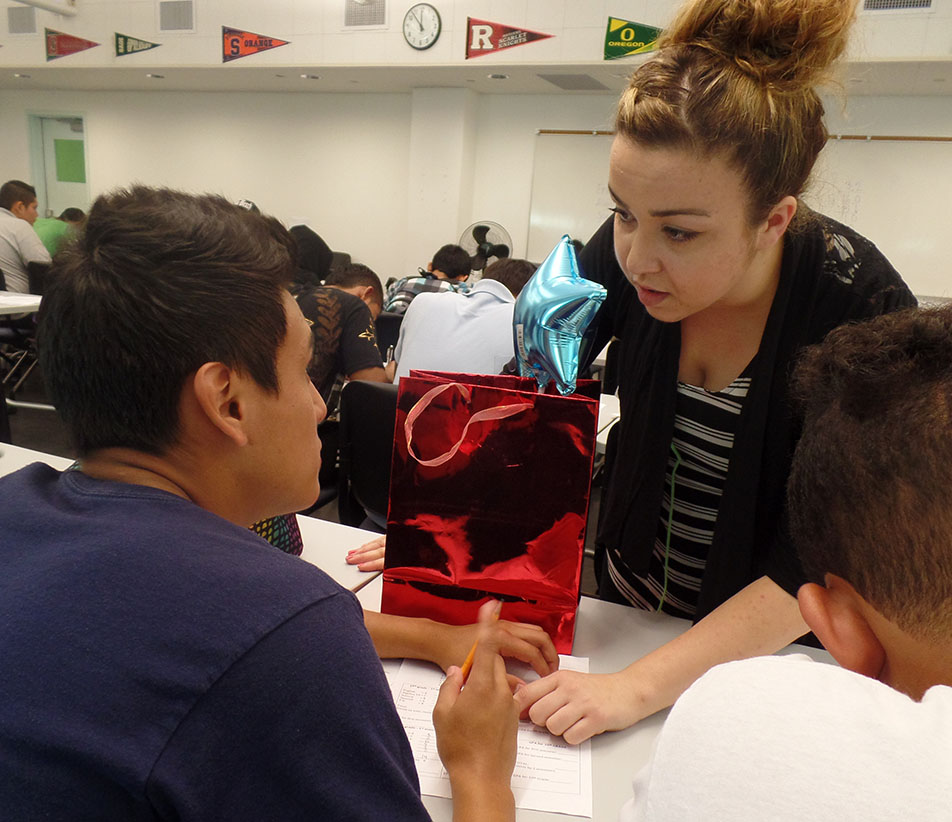 WestEd received a three-year, $3 million federal “Investing in Education” grant to conduct the pilot, which includes intensive teacher and principal training in selected schools, as well as training for instructional coaches and administrators districtwide. Those involved in the pilot hope it will become a model for districts throughout the state and country.

The pilot is especially important for California where nearly a quarter of students, about 1.4 million, come to school speaking a language other than English.

Although the project is aimed at English learners and low-income students, the teaching strategies are beneficial for all students, Spycher said. Grant reviewers from the U. S. Department of Education said the pilot showed promise because it provides ongoing training to staff districtwide.

“This project would be of benefit to the field due to its heavy focus on teacher and coach support, and the use of high quality tools and protocols,” one reviewer wrote.

The pilot emphasizes four strategies aimed at building students’ language skills in all classes, while providing necessary supports and positive classroom settings. These are:

Before receiving the grant last year, WestEd began work on these goals in three Fresno Unified schools including Rowell elementary and expanded to two other Fresno schools this year including Jackson elementary.

Next year, three more Fresno schools will be added, bringing the pilot to eight of the district’s 63 elementary schools. The project will culminate with a report on its effectiveness by an outside evaluator in December 2017.

Maria Maldonado, assistant superintendent of English learner services for the district, said she is already seeing major shifts in instruction based on the training, such as the probing questions Franco asked her class.

After doing the science lesson, Daniel said he enjoys discussing science and other topics with his classmates.

“Sometimes, kids can’t think of an answer,” he said. “But when we share ideas, we help each other.”

Although Daniel is not an English learner, he said his teacher’s emphasis on academic vocabulary helped him to grasp the dual meaning of words. For example, he realized that the word “benefit” could mean either “to help” or “to get help,” after Franco asked students to write a sentence about how plants and animals benefit from their relationships with each other.

Principal Alice McClintock said it’s critical for English learners and their classmates to understand vocabulary words and how they fit into what they’re reading. It’s also important for them to be able to use academic language in their speaking and writing, she added.

To reinforce these priorities, every teacher has posted classroom work in the school’s hallways, demonstrating how students share their thinking in writing.

“We’ve seen so much growth since last year,” McClintock said.

In a 6th-grade classroom, teacher James Sandifer stressed the importance of annotating texts to understand them, such as circling key words and making notes about meaning. Sandifer said he appreciates the training he receives from McClintock and WestEd, which promotes sharing and collaboration between teachers.

McClintock said teachers review texts for complexity during their training and talk about the importance of giving students time to think about what they’re learning.

Although Maldonado and McClintock said they are seeing great improvement in teaching and learning in the pilot schools, they agreed that all teachers are not at the same level in carrying out the teaching methods. About half have fully implemented it, while others are struggling with the transition to a new way of teaching, they said.

For many teachers it means breaking away from traditional teaching methods like lecturing from the front of the classroom.

“We need to keep working,” Maldonado said. “But I see a big difference.”

Already, McClintock said more students are testing as English proficient after initially being classified as English learners. That rate has soared from about 13 percent last year to 21 percent this year.

Similarly, Jackson Elementary Principal Karina Stenfort said in a project testimonial that the pilot has strengthened the abilities of educators at the school to teach language and writing, especially to English learners.

“I have seen the impact that this approach has had on our long-term English learners in particular,” she said. “We ended the year with the vast majority of our English learners showing great gains in academic language proficiency. That’s huge for us and we are very excited.” 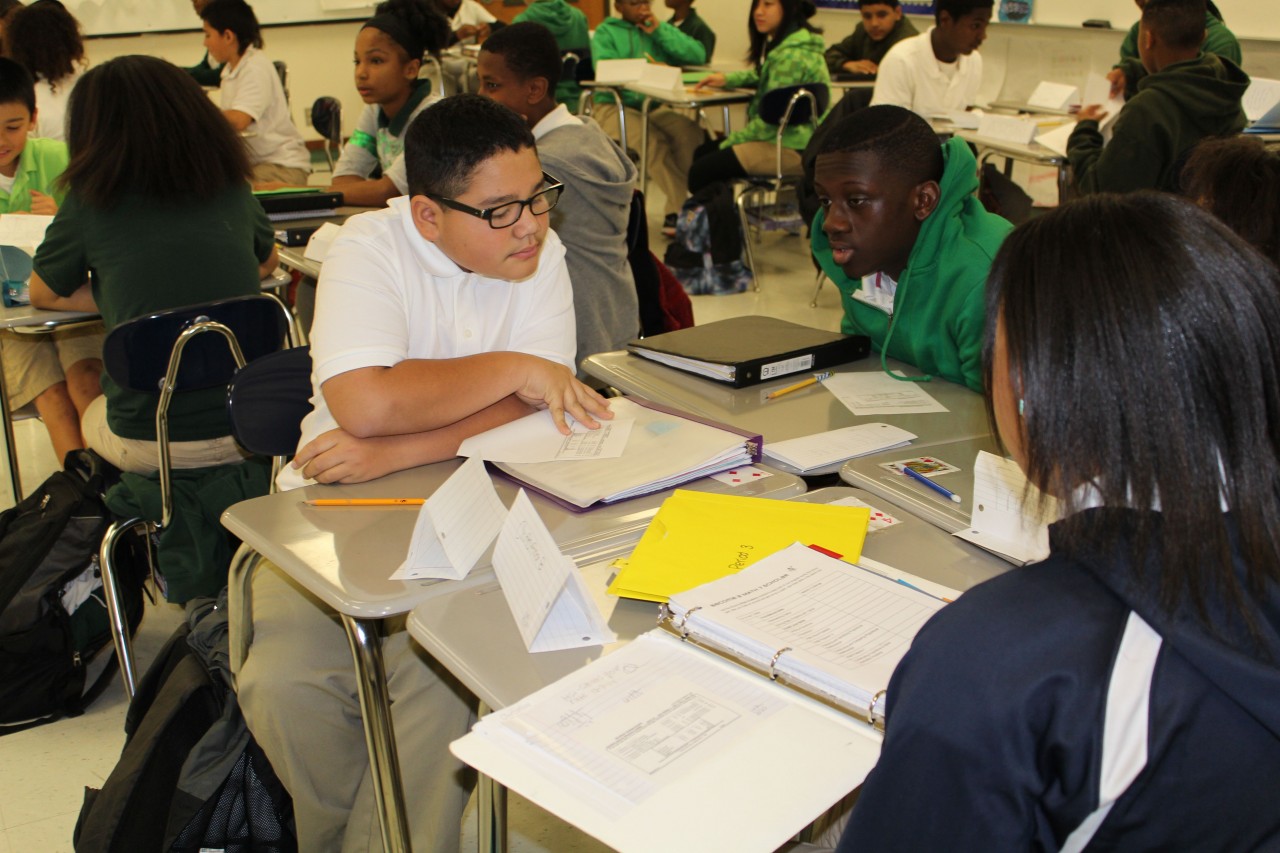 In Sacramento City Unified’s director of multilingual literacy Vanessa Girard said she’s optimistic that the pilot program will make a difference for students, but that it may take some time to see a spike in test scores.

“There’s an implementation curve, so to speak,” she said. “We did training almost right before the school year started, so that didn’t give teachers much time to gear up. I‘m not sure it will show a huge difference until kids have had year after year of teachers who are teaching this way.”

Officials are watching the “Leading with Learning” pilot to see if it could help teachers and districts statewide as they work to implement California’s integrated English language arts and English language development curriculum framework, said Tom Adams, deputy superintendent of public instruction in the California Department of Education.

“The next phase is getting down to adjusting classroom practice,” he said, explaining that many districts haven’t yet made instructional changes.

“We think of the WestEd project as a deeper implementation,” he said. “We hope to get some really good lessons learned out of there.”