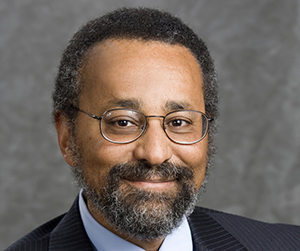 The Opportunity Institute, a new nonprofit policy and advocacy organization in Berkeley that officially opened its doors today, is designed to take advantage of what co-founder and civil rights advocate Christopher Edley, Jr. called a “special moment of opportunity in the education arena.”

“I am speaking of the amount of political and moral energy that seems to be in so many places around the country around educational equity,” he said.

Edley, the former dean of the UC Berkeley Law School, will head up the institute, along with co-founder Ann O’Leary, a former senior vice president of Next Generation, a nonprofit organization that focused on children and family issues.

The Opportunity Institute is the second major national education policy institute to be launched in the San Francisco Bay Area over the last six months. The other is the Palo Alto-based Learning Policy Institute, founded and headed by Stanford University professor emeritus Linda Darling-Hammond, which was launched in September. Both institutes will work closely together, Edley said.

“I think that Linda and I share a sense of what kind of institutions and forces are needed in this broad ecosystem of education policy, and share a view that it is important to develop the opportunities for organizations to work collaboratively,” said Edley, who is still a law professor at UC Berkeley.

The Opportunity Institute will take a “cradle to career” approach to improving education outcomes. “We frankly think there is no more important set of institutions and policies in contributing to upward mobility and greater equality (than in the education field),” said Edley. “I am less optimistic about making progress in other social justice fields.”

The institute brings under one roof several formerly independent projects or organizations:

“We will be looking at problems of opportunity and equity within the framework of education, such as health and social service interventions that are needed to support student success,” Edley said.

The new institute receives funding from a range of foundations, including the Bill and Melinda Gates Foundation, the Kellogg Foundation and the Ford Foundation.

It is also backed by philanthropist and former hedge fund manager Tom Steyer, who is the organization’s board chair. During the 2014 elections, Steyer was a major supporter of political candidates committed to combating climate change. More recently he established the Fair Shake Commission on Income Inequality in California.

“Every child needs access to a quality education, clean air and water, and economic security in order to realize their full potential,” he said. “Yet today too many children grow up in poverty and without the basic building blocks of opportunity and prosperity.”

The institute is national in scope, although it will have a special emphasis on California. “Everything we do will include attention to California,” Edley said. “When we are looking at school finance issues, or early childhood issues in Illinois, for example, that will be informed by what is happening in California.”

Edley says he has seen “a surge of interest in the business sector in education from preschool to higher education, stretching from childcare to universities, that is greater than it has been for 25 years.” Despite the majority of states being controlled by Republicans, he noted the Council of Chief State School Officers has made educational equity a major goal.

“I do think that you have officials at every level of government who are hungry for evidence-based, pragmatic ideas and who pay less attention to ideology than in years past,” said Edley, who was the founder of The Civil Rights Project at Harvard University that is now based at UCLA. He also played a major role in the Clinton Administration in salvaging affirmative action when a Republican-controlled Congress tried to eliminate it.

He said the work of the institute will be informed by three key ingredients, which he listed as “working at all levels of government, having a large set of tools at its disposal and working as selflessly as possible with all the existing nonprofits that are doing good work.”

The goal, Edley said, is to build a movement that promotes educational opportunity and equality in California and nationally, rather than having a range of organizations or interest groups engage in “internecine competition.”

It is noteworthy that the two new Bay Area-based education institutes are each getting backing from progressive Bay Area billionaires. While Steyer is a supporter of the Opportunity Institute, the principal supporter of the Learning Policy Institute is the Sandler Foundation, established by Herb Sandler and the late Marion Sandler. Susan Sandler, a trustee of the foundation, is chair of the Learning Policy Institute’s board.