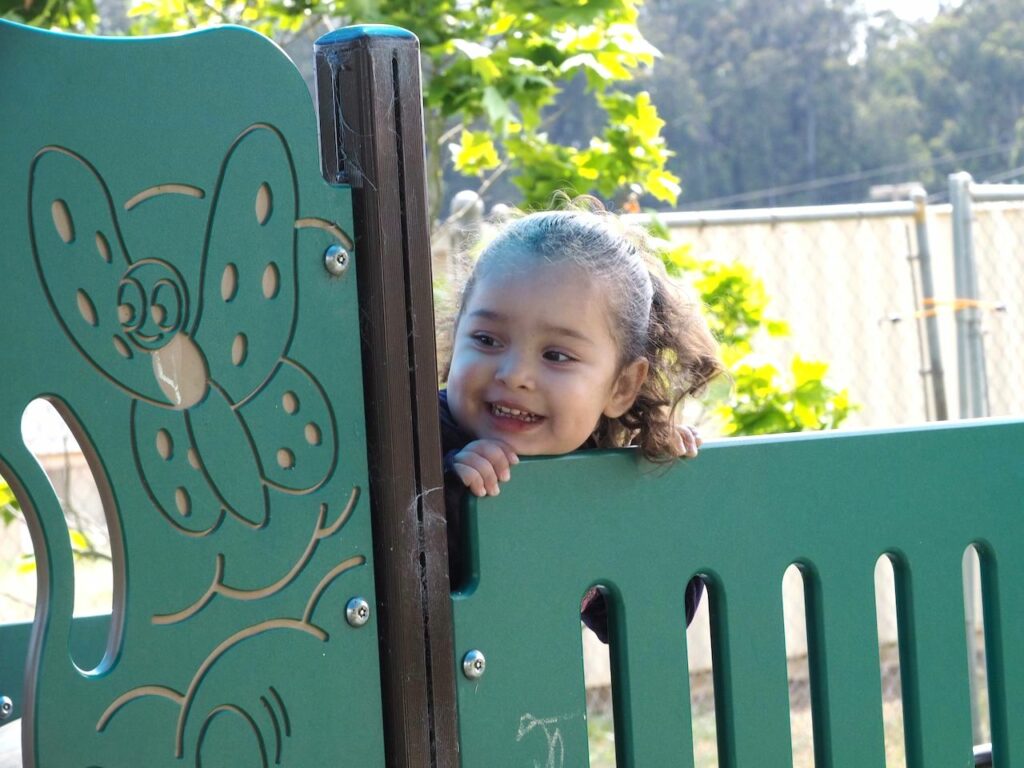 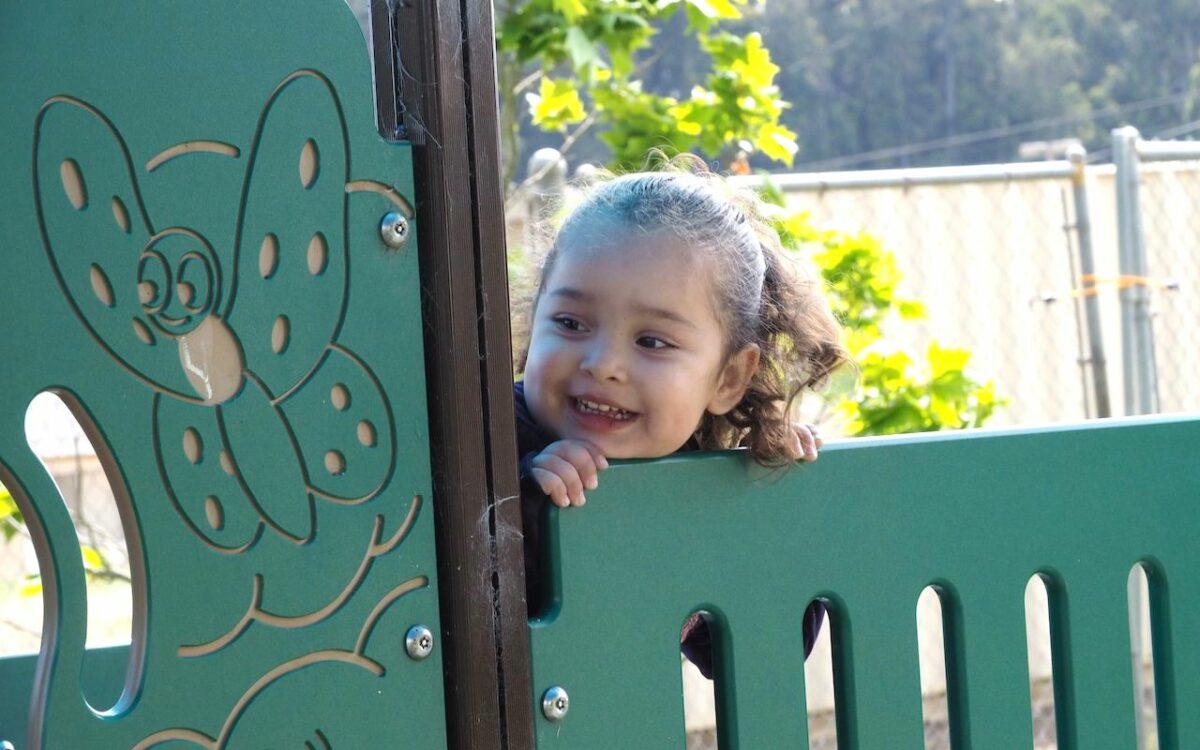 Credit: Liv Ames for EdSource Today
Esmeralda Acosta enjoys the play equipment at the day care center for the children of migrant workers in Watsonville.

Credit: Liv Ames for EdSource Today
Esmeralda Acosta enjoys the play equipment at the day care center for the children of migrant workers in Watsonville.

Only one in seven California children who qualify for subsidized child care received services from state programs in 2015, according to a December report from the California Budget and Policy Center. Of the state’s estimated 1.5 million children – newborns to 12-year-olds – who are eligible for subsidized child care, only 218,000 were enrolled in programs, the report states.

A decline in federal funding and state budget cuts contributed to the shortage of subsidized care, said Kristin Schumacher, policy analyst for the California Budget and Policy Center and the report’s author. The report states the number of children served by those programs is below pre-recession levels.

The report focuses on subsidized child care programs administered by the California Community Colleges, the California Department of Education and the Department of Social Services. According to the report, “only 218,000 children were enrolled in programs that could accommodate families for more than a couple of hours per day and throughout the entire year.”

“Access to subsidized child care is a persistent problem that has increasingly become an issue as the cost of providing child care has soared,” Schumacher said. “More and more low- and moderate-income families are really struggling to balance the cost of child care with other expenses.”

Subsidized child care in California is funded by a combination of state and federal money, which includes state General Funds and about $570 million a year in federal Child Care and Development Block Grant funding, according to the governor’s state budget summary for 2016-17.

The Child Care and Development Block Grant is the primary source of federal funding for low-income families who need financial assistance with child care. Schumacher said the level of funding has consistently been too low to serve all the children who qualify for care and that federal funding has declined since 2001.

The impact has trickled down to California’s child care development system, Schumacher said. “As a result, many of these children and families don’t have access to subsidized care because these programs simply don’t have the funding to serve them all,” she said.

According to The Center for Law and Social Policy, a national organization that advocates for low-income people, the number of children receiving child care subsidized by the federal block grant is at a 16-year low. The center states that in 2014 nearly 364,000 fewer children received services under the grant than in 2006.

While an increase in funding will help alleviate the lack of subsidized child care programs, there is also a need for a multifaceted approach that includes increasing reimbursement for provider facilities that already exist, said Kate Miller, a senior associate in early childhood policy for Children Now, a nonprofit research and advocacy organization based in Oakland. In addition, Miller said funding that allows those programs to expand their facilities is necessary to create more slots for eligible children.

The 2016-17 California state budget includes a 10 percent increase in reimbursements beginning Jan. 1, 2017, which Miller calls “a significant win.” It also includes a provision to increase the total number of full-day preschool slots to 8,877 over four years. Miller said holding to those commitments will be key in making progress to improve access to care.

The California Budget and Policy Center report states many California parents are struggling to balance the cost of child care with other expenses such as high housing costs. Child care subsidies allow families access to child care, which they might not be able to afford without the financial help. It also states the subsidies increase job stability for parents with low to moderate incomes and contribute to economic security for families.

“Boosting support for families struggling to afford child care is critical, especially given that the cost of child care and nursery school nationally has outpaced overall inflation since the end of the Great Recession,” according to the report.

Miller said many of the subsidized programs are high-quality facilities that are enriching for children and also benefit parents. Access to these facilities allows parents to maintain full-time work, she said. Investment in child care programs should focus on priority areas such as newborn to age 2, where families tend to need the most help because there are fewer available programs, Miller said.