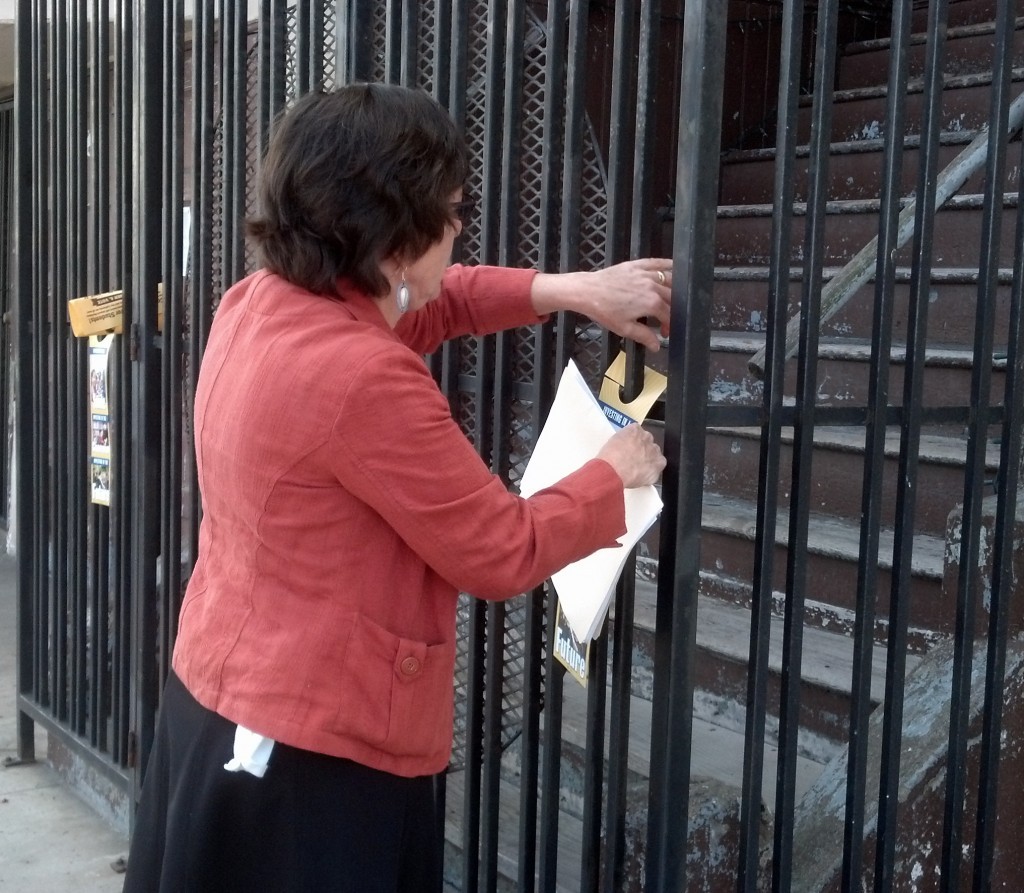 LAUSD teacher Susan Solomon placing a Prop. 30 flyer on gates of voters who aren't home in 2012. The CTA and others are seeking to extend Prop 30 with another initiative this November.

LAUSD teacher Susan Solomon placing a Prop. 30 flyer on gates of voters who aren't home in 2012. The CTA and others are seeking to extend Prop 30 with another initiative this November.

If voters in November approve extending what were intended as temporary income tax hikes on high-earning Californians, school districts around the state will be the chief beneficiaries —  and none more so than the largest, Los Angeles Unified.

The measure, which is now gathering signatures to get it on the ballot, would extend parts of Proposition 30, a 2012 ballot initiative promoted by Gov. Brown that also included a sales tax increase. The income tax, which targets high-earning state residents, is set to expire in 2018; the sales tax expires in December with no plans to continue it.

The nonpartisan state Legislative Analyst’s Office says the income tax extension, which would begin in 2019 and run through 2030, could generate more than $5 billion a year for the state, depending on market conditions and the economy. It would effectively continue a new revenue stream that was supported by Gov. Jerry Brown and the state’s two teachers unions and passed by 55.4 percent of the vote to 44.6 percent.

The governor initially objected to the extension but later expressed mild support once the authors revised its language to make clear that the money could be used for the state’s rainy day fund.

With passage of the new ballot initiative, the largest share of revenue, 40 percent, would be used for K-12 public education and community colleges (the rest would go to other child-related programs, such as health care), and as the state’s largest school district by almost any metric — students, schools, teachers — LA Unified would receive the biggest share of the total among state school districts.

That money could not come at a better time for LA Unified, which is already facing budget deficits projected to reach $450 million within three years.

With potential trouble in mind,  Superintendent Michelle King has appointed working groups to prioritize future spending as revenue to the district decreases. In addition, the school board has begun meeting in a series of retreats to contemplate how to address the district’s largest costs: pensions, special education programs and retiree benefits.

“It’s not ugly yet,” said John Walsh, LA Unified’s deputy chief finance officer. “But these are very real issues for us to confront.”

Prop. 30 created a quarter-of-a-cent sales tax increase and a series of personal income tax increases of one percent for increasing levels of income, starting at $250,000 a year. Together, the two taxes raised $8.7 billion in 2014-15 and are projected to raise $9.1 billion in the fiscal year ending in June, according to the Legislative Analyst’s Office.

Read the full text of the proposed Children’s Education and Health Care Protection Act of 2016 here.

So far, Prop. 30 has generated about $700 million a year on LA Unified’s $12 billion annual budget, said Pedro Salcido, the district’s local control and accountability administrator. Nearly $600 million of it has come from the income tax increase, the remainder from the sales tax.

But as district officials are finalizing the 2016-17 budget, they are playing it safe, with no assumptions that voters will extend the income tax rates even with the state’s biggest labor unions helping achieve the goal. Salcido said the district is taking into account only the certainty of the income tax increase lasting through this year as the law now allows. 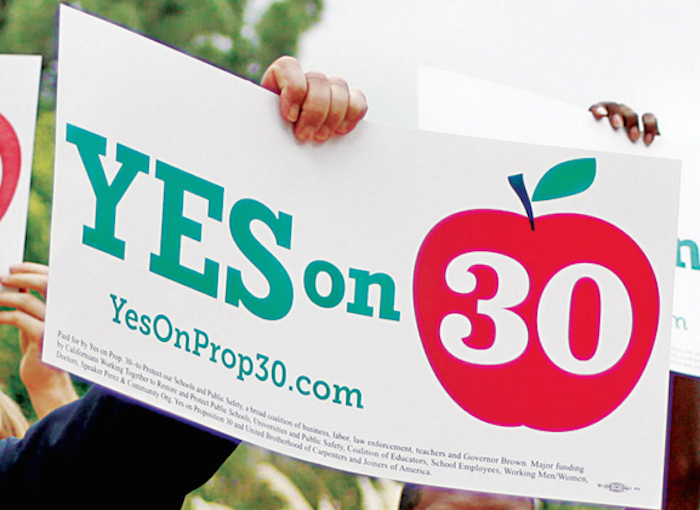 Beyond that, the district is preparing for hard choices ahead, based largely on the district approaching full funding from the state’s Local Control Funding Formula and a steady decline in student enrollment that has been going on for more than a decade from declining birthrates and the growth of independent charter schools.

In one bit of encouraging news, Walsh said the Legislative Analyst’s Office is projecting “moderate growth” in state revenue for the next few years. That would mitigate other adverse impacts on the budget.

But neither he nor Salcido would speculate how much additional money would reach the district if voters approve the new measure, known as The Children’s Education and Health Care Protection Act of 2016.

Beyond market conditions, they said, the number of dollars would depend on other factors, including any funding changes that come from the governor or legislature.

Meanwhile, supporters of the ballot initiative are making progress. With a June 30 deadline for the secretary of state to verify the 585,407 signatures needed to place it on the ballot, sponsors passed the 25 percent mark on March 7.

“It is imperative that we are all 100 percent committed to getting (the initiative) on the November 2016 ballot,” union president Alex Caputo-Pearl wrote in the March issue of the union’s newsletter. “We simply can’t afford to lose the monies associated with Prop. 30 increases – to the tune of $650 million annually for LAUSD. Statewide, the measure needs more than 500,000 petition signatures to get (the initiative)  on the ballot, and UTLA has committed to producing thousands of those.”