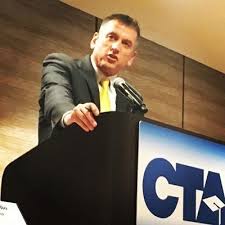 Already facing an uncertain budget future, Los Angeles Unified has the most to gain of any district in the state from passage of a ballot measure in November that would extend income taxes on the state’s highest earners. As a result, teachers unions and a range of community organizations are gearing up to persuade voters to approve it.

Passage of the measure, known as Proposition 55, would extend by 12 years the increases in personal income tax rates that California voters approved four years ago as part of Proposition 30. That was an initiative championed by Gov. Jerry Brown that raised personal and sales taxes as a temporary aid to helping K-12 education. The income tax increase is scheduled to expire in 2018 and the sales tax at the end of this year. Prop. 55 does not include a sales tax extension.

So far, the income tax component, an increase only on the state’s wealthiest taxpayers, has generated  between $5 billion and $7 billion a year. The Legislative Analyst’s Office predicts that an extension of the income tax increase through Prop. 55 could yield up to $11 billion a year, mostly for public education and health care programs, through 2030. But much will depend on what happens with the national economy and other market conditions.

L.A. Unified officials are estimating only that the first year after passage of Prop. 55 would bring the district up to $120 million in the 2018-19 school year. That would help offset a projected budget deficit of nearly half a billion dollars the following year. But should voters reject the initiative, that could mean cuts to a range of programs and layoffs for 100 teachers or more, said John Walsh, the district’s deputy chief financial officer.

“The trend we’re worried about is where do we stand in the out years,” he said, referring to what would happen if Prop. 55 failed to get voter support in succeeding years. “With our enrollment projections, the longer we go out, the more uncertainty we have.”

L.A. Unified needs every dollar it can get. Student population, now 550,000 and second only to New York City, has been falling for more than a decade, a trend projected to continue. The district says it expects to lose about 3 percent a year over the next three years — nearly 14,000, 13,000 and 12,000 students respectively — through a declining birthrate, families moving out of Los Angeles and parents moving their children from traditional district schools into independent charters. State support for school districts is based on the number of students served; an independent financial review panel’s report to the district board last November calculated the loss of 100,000 students over the previous six years to be $900 million.

To the state’s largest teachers unions, failure of Prop. 55 is not an option in light of the negative impact it would have on public education. Both the California Teachers Association and the California Federation of Teachers are embarking on aggressive campaigns to raise public awareness of the consequences that voting down the initiative would have on school districts across the state.

“This is a priority for CFT (and) it’s a priority for CTA,” said Jeff Freitas, secretary-treasurer of the California Federation of Teachers, “We’re planning a campaign with radio, television, fliers — a normal campaign operation. I don’t know what the actual budget will be, but it’ll be in the millions.”

CTA President Eric Heins said his union collected more than 150,000 of the 585,407 required signatures to get the ballot before voters. Now, he said, union members are fully engaged in building support among parents, community groups and school boards, mindful that voters will have more than a dozen other ballot initiatives to consider in November, not to mention a Presidential, Congressional and statewide elections to consider. “There’ll be an incredible amount of interest,” he said. “But also an incredible amount of noise.”

For United Teachers Los Angeles, an affiliate of both state unions with more than 30,000 teachers in L.A. Unified, the push for passage is urgent. L.A. teachers last year won their first new labor agreement since 2008, gaining a 10 percent raise over two years. But now in light of the district’s budget outlook, they are fearful of potential cutbacks in pension and health care benefits when negotiations start again, maybe as early as next year.

As a result, UTLA officials have put in place a detailed plan to generate public support for Prop. 55 approval, starting with urging teachers to educate each other, then parents in their schools, then members of the community at large to explain what’s at stake for the district.

“This is a big part of our strategic plan of the next two years,” said Arlene Inouye, UTLA’s treasurer. “We’re telling our members that there will definitely be cuts and layoffs, which we’ve able to avoid in the last two years. But if the extension doesn’t pass, there will be larger class sizes and even greater impact on our pension and benefits.”

Inouye said that in addition to collaborating with the two state unions, UTLA intends to distribute literature, operate phone banks and knock on doors to build support for passage.

“We’re all working together on this,” she said.

Community organizations around the state are also organizing to build support for passage. Californians for Justice, a civic engagement group, is organizing groups of students, some as young as 13, to knock on doors and operate phone banks in Long Beach, Oakland, Fresno, San Jose and elsewhere.

A coalition of 30 community organizations around the state have joined under an umbrella effort called the Million Voters Project, with a goal of contacting 1 million voters to urge them to vote for Prop. 55 passage.

“We’re all banding together; we’re not about to let Prop. 30 expire,” said Karla Zombro, field director for California Calls, a Los Angeles-based group that’s helping organize the project. “We’re going to do everything we can through a massive field effort.”

One major education organization that is not working toward passage is the California Charter Schools Association. Largely supported by wealthy individuals and foundations, the organization is taking “no public position” on the fate of the measure, according to an association spokesman.

Passage of Prop.  55 would extend a 1 percent increase to the marginal tax rate on the highest income earners in the state, single filers with earnings above $250,000 and joint filers with income over $500,000. The state would allocate up to $2 billion a year for additional Medi-Cal programs, with the rest, according to various state formulas, for K-12 schools and state community colleges.