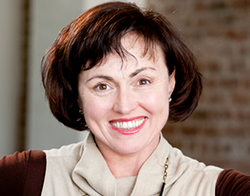 Imagine a California summoned to its true greatness with a fully-funded and world class education system. Imagine a state where at every school, every child’s needs are met.

Success for this vision of California public schools isn’t predicated by the will of politicians or anchored to a shift in policy alone. Achieving a California whose education system succeeds for every student is just as much a persuasion problem, as it is a policy problem.

Progress for children can’t depend solely on who is in office. If we expect politicians to take action, then we must exert a sustained and visible pressure in Sacramento and across the state that fights for kids every day

We must invest in changing hearts and minds outside of academia and policymaking to make real change possible.

Messages, backed up with data and brought to life through emotive language, are fundamental to changing minds in the 21st century. Yet too often, education advocacy is stopped in its tracks because critical concepts aren’t delivered with a strong message, leaving them misunderstood at best and politicized at worse.

“Common Core” was a smart approach to elevating math, until it was turned into a sinister symbol. On the right it was a liberal attempt to impose a national curriculum, while the left saw it as a misguided perpetuation of George W. Bush’s discredited No Child Left Behind (NCLB) policies.

A phrase meaningless on its own, Common Core became an easy target for misinformation because no one invested resources to determine the best terminology to bring the Common Core’s important purpose to life.

Like a giant game of telephone, these academia-born phrases are repeated and passed through the education ecosystem from academics to foundations to advocates to administrators until they are plunked in front of parents at Back-to-School night as well-known concepts.

For lay people who have never heard these terms, however, the language is confusing and ignites hostility and frustration.

Earnest education advocates lose the support of legislators when they speak in acronym-filled sentences or present 30-slide PowerPoints and 25-page “fact sheets” that bury the heart and the moral urgency of advocating for children under complex statistics and studies.

Californians are persuaded every day to think differently about everything from how they drive to how much water they consume. While advocates are doing their best to persuade parents to take action to support their education system, organizations are not being as effective as they could be. Activating parents takes more than effort – it takes a strategic, carefully executed communications campaign. But many education advocates don’t have the resources or the capacity to run such a campaign successfully.

It’s time for education advocates and the funders that support them to invest time, effort and resources in thinking through how to best communicate complicated policy concepts so they are understood by all, without acronyms and academic jargon, and with language that describes achievable change.

While some advocates – like Californians for Justice –think beyond the “press release” to convey why their work is vital, many others do not have the capacity to use photos, video and clear and compelling messaging to ignite passion and action. Foundations must support continuous improvement and skill building for advocates’ communications capacity, empowering them to make stronger, more compelling persuasion-supported-by-facts marketing.

Finally, school districts need the capacity to communicate with parents and community members with content tools and language that meets parents and other stakeholders where they are with analogies and metaphors that connect with their experience as parents.

Coupled with videos and rallies with kindergarten teachers and activists, Early Edge rallied legislators to keep funding for transitional kindergarten in the final budget.

The ability to persuade and inform is the only power children have in advocacy settings. Educators are the ultimate change makers. When they fully embrace strategic communications, the outcome will be a gold standard that demands equity for all.

Pat Reilly is CEO of PR & Company, a public relations and communications firm based in San Francisco.