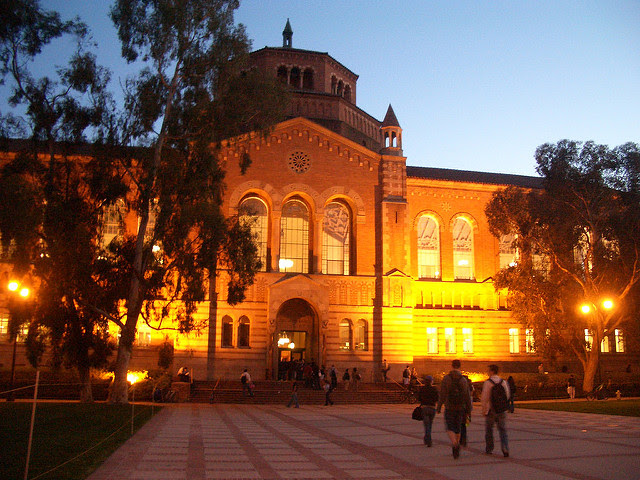 Credit: flickr - Tzuhsun Hsu
UCLA's campus attracted the most applications of any UC.

Credit: flickr - Tzuhsun Hsu
UCLA's campus attracted the most applications of any UC.

The University of California this fall once again received a record number of in-state applications for freshman class spots – up 6 percent over last year to 111,600 California high school seniors trying to win admission to at least one of UC’s nine undergraduate campuses , according to figures released Monday.

However, in a reversal of a recent trend, the number of applicants from other states and nations dipped, possibly as a result of significantly higher tuition charges they face. Applications for fall 2017 admission from other states were down 2.8 percent, to 32,695, and those from international students declined about 1 percent to 27,143, UC statistics show.  The significant enrollments of non-Californians at some UC campuses has been controversial, leading to some recent caps and promises to enroll more in-state students.

Many students apply to more than one campus, and some are accepted by multiple ones. The end result for this past fall was that 39,367 Californians and about 9,800 out-of-state residents enrolled at a UC school as freshmen.

Latinos and Asian-Americans were the two largest applicant groups among Californians by ethnicity, the new statistics for fall 2017 enrollment show. Latinos comprised 37.2 percent of the in-state application pool, an increase from last year’s 35.8 percent, and Asians were 29.1 percent, compared with 29.4 percent last year. Whites were next, at 23.7 percent, down from 24.7 percent. African-Americans were at 6.2 percent of freshman applicants, compared with 6.3 percent last year.

The numbers released Monday did not include transfer applications because the deadline for those students was extended until Jan. 3 from the traditional Nov. 30 to encourage more students to apply.

Facing political pressure, UC has been increasing the ranks of in-state freshmen and transfer students recently. System administrators say they aim to enroll an additional 2,500 California residents in 2017 as part of a wider expansion. Tuition for in-state students has been frozen for the past five years, while the costs for nonresidents has been rising to what is now nearly $39,000 annually. Now, however, UC is considering whether to increase in-state tuition by about $300 for next fall above the current $12,294.