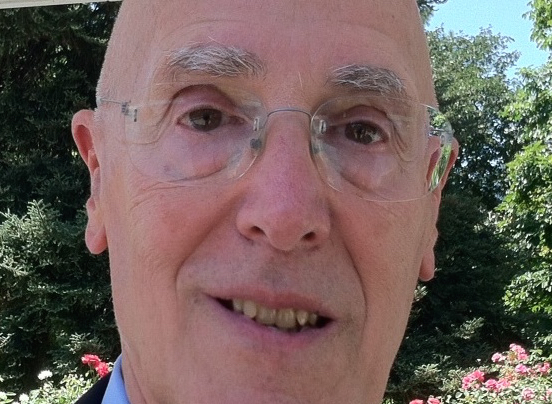 Former California Superintendent of Public Instruction Bill Honig has launched a new website, Building Better Schools, which includes articles, links to research and a discussion forum on strategies for school improvement. Honig is vice-chair of California’s Instructional Quality Commission and was the state superintendent from 1983 to 1993. EdSource’s Louis Freedberg and John Fensterwald talked with Honig recently about why he decided to launch the website and his views on California education generally.

Why did you think creating the Building Better Schools website was something important to do?

California was pursuing what I call a “build and support” strategy, which is a more positive, engaging approach (to school accountability), as opposed to the harsher “test-and-punish” strategy. I wanted to pull all of the research and best evidence about why that’s a better way to go. The best districts, the best states, the best countries in the world – the high performers – all pursue “build and support” strategies.

How do you think this website will be the most useful?

I wrote it for educators, board members, superintendents, administrators and policymakers at the state and legislative levels. Not just for California, but also for people in states across the country who with the passage of the federal Every Student Succeeds Act have a lot more authority and say over what happens in their schools.

The major part of why I did it is because there is such a good story about places that have put in place a good curriculum like we have in California, based on academic standards and the frameworks. They have put instruction at the center of their improvement efforts and have built teams and continuous-improvement capacities in their schools and districts.

What is your take on the Every Student Succeeds Act? Do you see it as significantly better than No Child Left Behind?

Yes, I do. It gives much more flexibility to states. In California, the state board has just recently adopted multiple measures – using more than one way of measuring how schools are doing. The state has been very articulate about accountability being in the service of instruction and not the other way around, which is very helpful.

So you are suggesting that maybe – for the first time in quite a few years – something more reasonable is coming out of the federal government?

I would say that.

You write on your site that “widespread charter expansions can reach a financial tipping point, crippling the school districts’ ability to improve the remaining open public schools.” There has been a lot of attention on whether charter schools are effective, but less on the impact they are having on existing schools. Why do you think there’s this tipping point?

Let me just preface that by saying there are some great charter schools in California – Aspire, High Tech High and so forth. There are some terrible ones. And most are comparable to what the public schools are.

Let’s say a small district has one or two schools in it, and a charter school starts there. That’s going to have a major deleterious impact on the remaining schools. That has to be taken into consideration and be worked out.

Or let’s take a large-scale example, Los Angeles Unified, which has a tremendous number of charter schools, some good, some not so good. But at a certain point – and there have been some studies on this – when you reach about 20 percent to 25 percent of the schools in a district becoming charters, it puts tremendous financial pressure on the remaining public schools. And that needs to be looked at.

California lags behind most states on how much it spends per capita on public education. And lots of people say we should be spending more. But on your Building Better Schools website, you say many reformers argue that expenditure levels are not a key component of quality and claim that school spending is out of control. But you say those assertions are false. Why do you think that’s the case?

One of the reform arguments is that throwing money at the problem isn’t going to improve things. There’s a tremendous amount of research now that shows that funding actually makes a huge difference. It makes a difference in how much we pay teachers and if we’re going to attract a high quality of teacher.

Another report showed if you spend 20 percent more than the average, students in those schools will graduate with about a year’s more worth of education. Their earnings will be up 20 percent or 25 percent, and that 25 percent of them will get out of poverty.

If you want to implement high-quality instruction, that’s going to cost money for time for teachers, for materials and for support.

You’ve seen a lot of reforms come and go. Do you think Californians will stick with the current reforms and give them enough time to actually work? Or do you have concerns that under the next governor, or Legislature, they’ll go in another direction?

One of the major pluses for California is that there’s widespread agreement on which way to go. The governor, the State Board of Education, the state superintendent and almost all of the education community support our current directions. There is tremendous public and parent support as well.

This time, teachers are engaged in this – the  Common Core standards, the (curriculum) frameworks which envision the kind of instructional approaches teachers have been asking for, for years. These are more engaging approaches, teachers in active classrooms, with kids doing projects and asking questions. It’s a very powerful approach.

That’s why I think these reforms will stick. It’s going to take 10, 15 years. It’s not just one idea: “fire the teachers” or “expand charter schools.” It’s a comprehensive approach. It’s consistent with what a large number of people in the state and this country believe is necessary to happen.