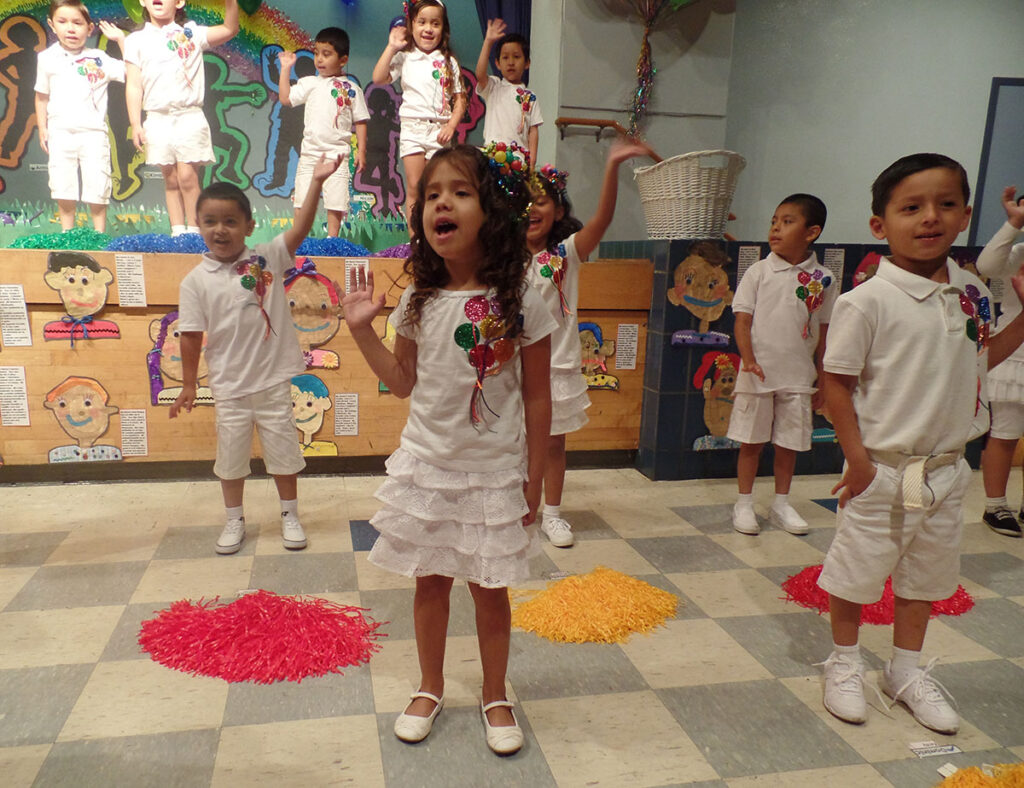 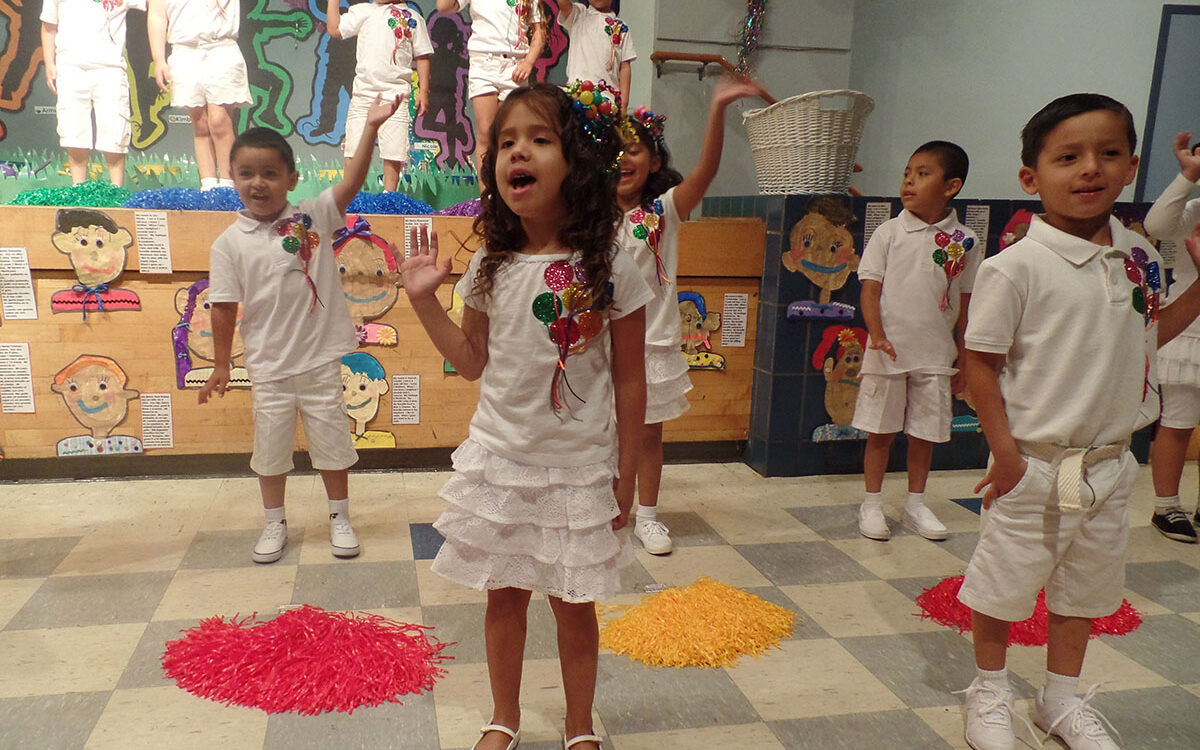 Gov. Jerry Brown’s budget proposal for early education, released Friday as part of the May revision of the 2016-17 state budget, is virtually unchanged from his initial proposal in January, offering no new spending and envisioning the creation of a $1.6 billion block grant that would combine funding for the state’s preschool, transitional kindergarten and quality rating and improvement programs.

Early education advocates and providers expressed swift disappointment. For months they had urged greater spending and asked that the block grant – which would give local school districts more flexibility to spend early education funds and be a major change in how the state allocates those funds – be removed from the budget process for further review.

“The governor is proposing a substantial policy change to the early childhood system without any new funding for children,” said Deborah Kong, president of the advocacy organization Early Edge. “And the few weeks left in the budget process is not enough time for the field, families, and policymakers to consider the ramifications.”

“I’m going to be pretty resolute on this budget, I just want everyone to know that,” said Gov. Jerry Brown.

At the Bay Area Council, a business advocacy group that last week took 60 members to Sacramento to lobby Brown administration officials on early education spending and reform, Senior Vice President of Public Policy Matt Regan said: “There’s certainly not the additional investment we’d hoped to see. I know the revenue numbers are a little short of what we’d hoped for, but at the end of the day we’re still under-resourcing early education programs and we’re still in deficit for where we were before the recession, and that needs to be made up.”

“The governor’s correct, we do need reforms,” Regan added. “Unfortunately, it’s being done through the budget process. It needs to be done through a more thoughtful process … through the legislative process.”

In announcing his revised budget at a morning press conference, Brown did not directly reference early education. But he made clear, as he has before, that his hand is being guided by the inevitable prospect of the next economic downturn.

“Things don’t last forever and the surging tide of revenue is beginning to turn, as it always does,” Brown said.

The budget proposal reflected none of the recent sentiment articulated in the state Legislature, where lawmakers in the Assembly subcommittee on education voted in April to reject the block grant plan. Legislators in both the Assembly and state Senate had also given generally friendly receptions to requests by advocates and the Legislative Women’s Caucus for as much as $800 million in new early childhood and education spending.

“Right now there are 30,000 kids that don’t have access to preschool,” Assemblyman Kevin McCarty, chairman of the Assembly Budget Committee’s Education Finance Subcommittee, said in an interview Friday. He said the block grant proposal was the wrong approach.

“Until we fully and adequately fund the system, reshuffling the chairs on the deck, I’m not sure how effective that’s going to be,” he said.

Brown on Friday said he was not likely to budge.

“I’m going to be pretty resolute on this budget,” he said. “I just want to let everyone know that.”

A key objection that advocates and others have raised about the proposal is that it would allow local school districts to eliminate transitional kindergarten, which the state created in 2010. Also, because school districts would be charged with allocating early education funds, they would not be obligated to fund the nonprofit and private pre-kindergarten providers that now operate a third of all preschool programs. That has providers worried about their financial future.

“I know the revenue numbers are a little short of what we’d hoped for, but at the end of the day we’re still under-resourcing early education programs and we’re still in deficit for where we were before the recession, and that needs to be made up,” said Matt Regan, senior vice president of public policy with the Bay Area Council.

In an interview Friday, state Department of Finance budget analyst Jessica Holmes said her department shares the concerns about private providers. “This is one of the things we were very concerned about getting right,” she said.

The block grant would require districts to serve the same number of children who were served this year, and serve the local area, Holmes said.

“We anticipate that the school districts will need to be in partnership with their private providers,” she said.

She said that the new approach would be intended to reflect the administration’s moves in K-12 education, where the Local Control Funding Formula, or LCFF, has given school districts greater flexibility in how they spend their money.

“It does move away from a state-centered contracting system, which we recognize a lot of providers have become comfortable with, but we’re interested in pushing it down to a local level,” Holmes said.

“It has nothing to do with that. They’re basically saying that we’ll just give school districts a pot of money to spend however they’d like and good luck with that,” said Scott Moore, executive director of Kidango, a Bay Area early education services provider.

“It’s all about really the state essentially abdicating their responsibility to provide pre-K to low-income children and TK (transitional kindergarten) to a quarter of its low-income children, and saying to school districts, ‘Hey, you figure it out if there’s a shortfall.’ And that’s such a different path than the one we’re on now,” Moore said.

At First 5 California, a state tobacco-tax-funded agency that advocates for children and early education, Deputy Director of External and Government Affairs Erin Gabel said the proposal would just shift money from one “cohort of low-income children to another.”

“In fact,” she said, “it reduces the obligation of the state to invest more money in low-income children as we’ve already promised to do” in the “preschool promise” – the goal spelled out, though not mandated, in the 2014-15 state budget of providing year-long, full-day preschool to all low-income 4-year-olds.

“This proposal is a huge step back,” Gabel said.

McCarty, too, said the administration was moving the wrong way on transitional kindergarten.

“The reports and the research are clear that the program is working and paying great dividends in preparing 4-years-olds for kindergarten,” he said, adding, “I view it (Brown’s proposal) as a way to limit the state’s investment in early learning. It’s disappointing,”

With a final budget due from the Legislature by June 15, heavy lobbying is expected in the next month.

“We’ll be talking to as many people as we can; there’s going to be a lot of conversations with the administration and the Legislature,” said Craig Cheslog, co-director of Common Sense Kids Action, the advocacy arm of Common Sense Media, a nonprofit group that reviews child-oriented media and digital products.

The Right Start Commission, convened by Common Sense Kids Action, in April released a report calling for universal preschool access in California by 2020.

Cheslog acknowledged the governor’s caution to prioritize spending, but said such things as new taxes need to be considered. “There’s a lot of other things that need to be on the table if we’re going to have that conversation” about priorities, he said. “Because this budget needs to make some progress toward our goal of ensuring universal pre-K access by 2020.”

Advocates did approve of how Brown’s proposal moves toward simplifying the early education delivery and administration system, and that it established a baseline for quality.