Gov. Brown's push for more undergraduates to get teaching credentials 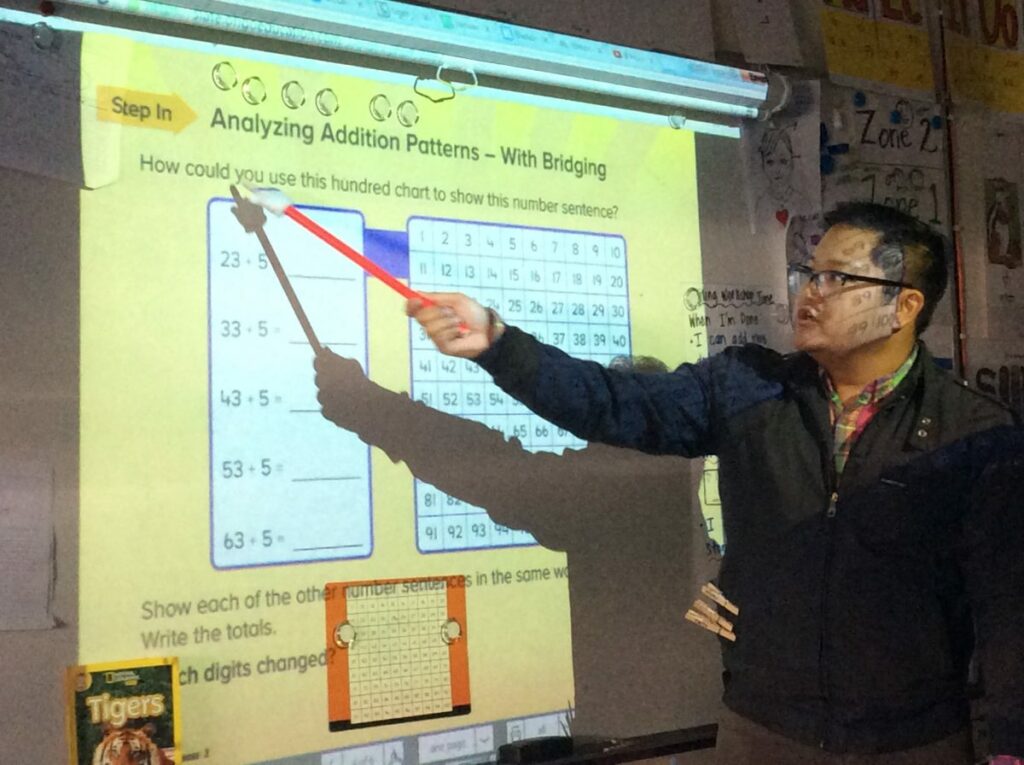 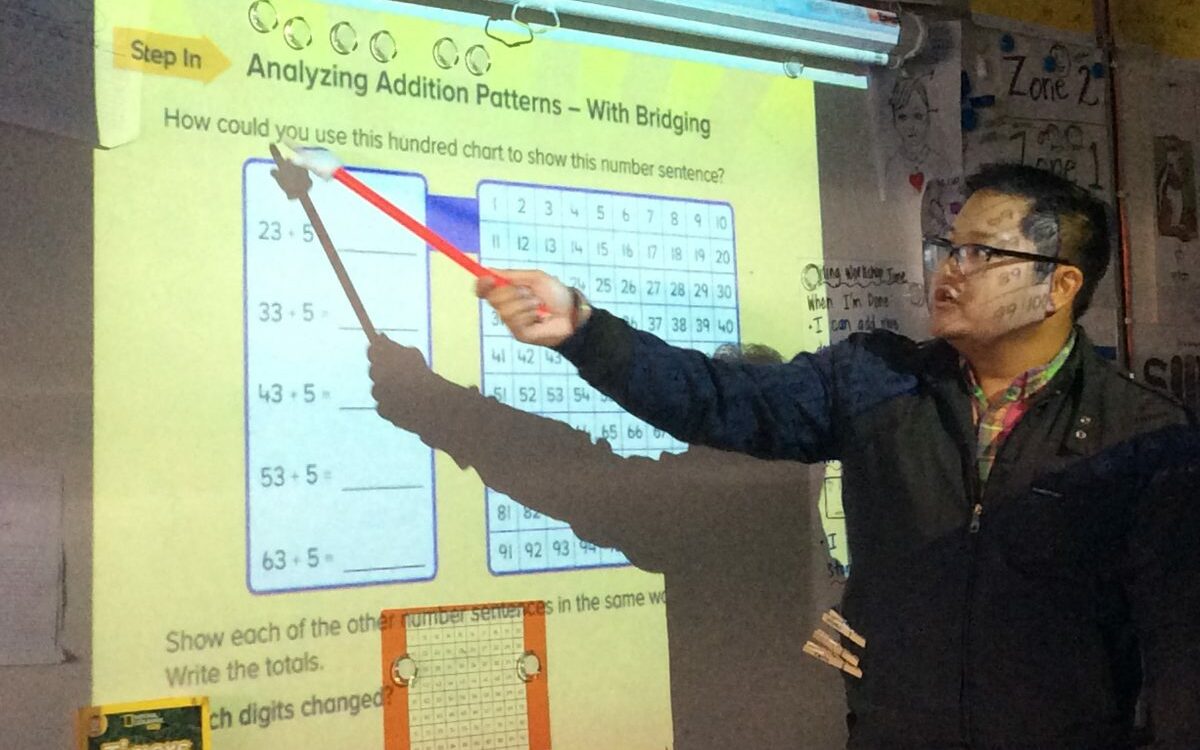 A small item in Gov. Jerry Brown’s May revision of California’s $122 billion budget for the coming fiscal year touches at the core of how the state prepares most of its teachers.

Brown is proposing to spend $10 million in the form of $250,000 grants to encourage expansion of what are called “integrated” or “blended” preparation programs that allow undergraduates to earn their teaching credential by the time they graduate.

That may seem like a commonsense approach. But California is the only state where the customary path to a teaching credential is a four-year undergraduate degree followed by a fifth year of post-graduate study in which a prospective teacher studies various aspects of teaching and gets trained in instructional methods.

This unusual approach may have worked when the California was not grappling with an emerging teacher shortage, as many districts are currently doing. But the state is under pressure to come up with ways to encourage prospective teachers to enter the profession that take less time, and are less costly – and still produce qualified teachers.

“Since the students are already there in college, it’s an inexpensive way to expand the pipeline without having them having to pay for master’s degrees,” said Linda Darling-Hammond, president of the Learning Policy Institute in Palo Alto.  She is also Brown’s appointee to the California Commission on Teacher Credentialing, which she chairs.

Brown’s budget proposal is almost identical to what Assemblywoman Susan Bonilla, D-Concord, a former teacher, is proposing in a bill she authored (Assembly Bill 1756). The bill would be unnecessary if Brown’s  proposal is approved by the Legislature.

Go to end of story for details on teacher bills in the state Legislature.

The goal, said Bonilla, is to reduce the financial burden on students interested in teaching, “while also creating a more efficient process to get highly qualified and credentialed teachers into our classrooms.”

“It makes no sense that aspiring teachers cannot concurrently earn their baccalaureate degrees, finish their teaching credentials, and complete their student teaching in four years when our state is faced with a such a significant teacher shortage,” she said.

California’s current system of teacher preparation reflects the view that cramming undergraduate coursework and teaching methods into four years ran the risk of short-changing both.

Many states offer an undergraduate degree in which students major in education by taking a combination of courses focusing on child development, academics and pedagogy. But the state Legislature abolished the undergraduate education degree decades ago when it approved the Fisher Act in 1961 because it felt the education major did not provide a strong enough academic base for teachers.

California already has a range of “blended” or “integrated” programs offered by California State University, the University of California and private universities. These include several CSU campuses that offer a degree in liberal studies, which requires a student to study the several subjects they will be expected to teach in elementary school and complete credential coursework.

CSU enrollment data for 2014-15 shows just five of the system’s 22 schools of education have active blended programs, with most students concentrated at the Long Beach and Northridge campuses.

Brown’s proposal to give grants to encourage blended or integrated programs is not an entirely new one. It was tried between 1998 and 2001, when the Legislature first gave the green light to establishing these programs as an alternative to the typical five-year teacher preparation pathway. The funds were mainly used to pay for faculty to plan new programs, and resulted in 22 “blended” programs being approved, according to an analysis of Bonilla’s bill.

But as the analysis noted, the planning grants didn’t address the issue of how to fund these programs after they were approved. Brown’s proposal also does not take on that challenge.

Ellen Moir, CEO of the Santa Cruz-based New Teacher Center, a leading teacher preparation organization, noted that a four-year program also may have to include summers to fit in all of the requirements. An integrated program “could be a great recruitment strategy” for freshmen and sophomores who’ll be able to mix solid academic courses required of majors with initial education courses, she said, and then spend their senior year on practice teaching and learning clinical skills. Strong partnerships with districts will be critical for a quality program, she added.

Darling-Hammond cautioned that although it makes sense to encourage undergraduates interested in teaching to get a credential in four years, strategies are also needed to attract people who decide to go into teaching after they have completed their undergraduate studies, or as a second career when they have already been in the workforce for several years.

These strategies should include so-called “teacher residencies,” which are based on the medical residency model, in which a prospective teacher spends up to a year shadowing an experienced teacher. There is substantial evidence, said Darling-Hammond, that the residency model contributes to “longer tenure in the profession and reduces the churn” in staffing at many schools, especially those serving high-needs students.

Bills on teacher preparation under consideration in the Legislature

In January, state senators announced three bills that they said would comprehensively address a projected teacher shortage. In his revised budget last week, Gov. Jerry Brown proposed funding just one, a teacher marketing and information program called CalTeach, but sponsors for the other two programs – the revival of a loan forgiveness program called APLE, and a new teacher residency program – are optimistic they’ll get some money, too.

The $2.5 million that Brown proposes would be enough to restart CalTeach, which the state created in 1998 and at its height received $11 million in funding. Under Brown’s plan, which is similar to Senate Bill 915, by Sen. Carol Liu, D-La Cañada-Flintridge, the agency would provide information to prospective teachers on what it takes to become a teacher, where to obtain a credential and how to obtain financial aid. CalTeach would also produce ads to recruit teachers.

Assumption Program of Loans for Education (APLE) was established in 1983, but Brown vetoed continued funding four years ago. SB 62, by Sen. Fran Pavley, D-Agoura Hills, would revive the program, though likely with less than the $45 million to $50 million in past funding. Under APLE, teachers who agree to work for at least four years in a high-demand subject or underperforming school can receive between $11,000 and $13,000 to reduce their education loans. On Wednesday, the education subcommittee of the Senate Budget Committee approved $2.2 million, equal to loans for 170 new teachers.

The California Teacher Corps Act, under SB 933, by Sen. Ben Allen, D-Santa Monica, would expand teacher residency programs that a dozen districts and charter schools have established. Under residencies, teacher candidates work in a mentor teacher’s classroom the first year, while taking courses for their credential, and then are supervised the next two years when they’re on their own. Studies have shown that residencies lead to higher rates of teacher retention. Linda Darling-Hammond, who chairs the Commission on Teacher Credentialing, is among the advocates of residencies. (See EdSource commentary). The Senate Budget Committee’s education subcommittee has appropriated $60 million for the program.