Equity gap in California: what the new test scores tell us 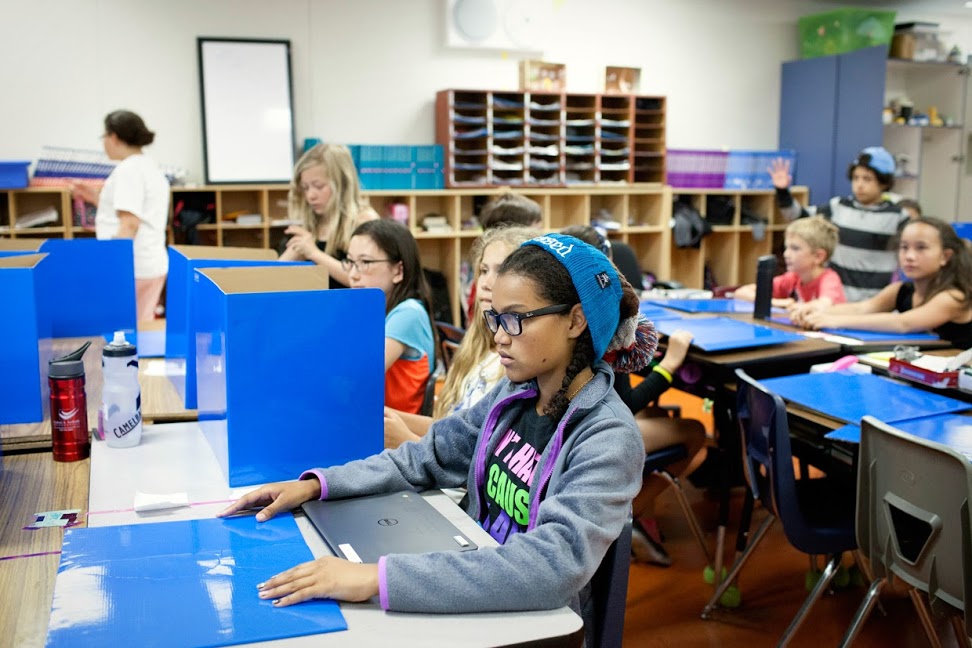 When the new Smarter Balanced test scores (part of California’s new assessment system known as CAASPP) came out last month, Californians engaged in what is now a time-honored routine — noting that scores inched up but large equity gaps remain.

Differentials by race, ethnicity, income, language background and disability status have become a common feature of the landscape, like our dry riverbeds and brush fires in the summertime — worrisome but not really viewed as solvable.

Thus, we typically have a “Home Alone” moment when we register wide-eyed shock as test score gaps are announced and then go about our business for another year without a purposeful analysis and determination to change the status quo.

We believe it is important to dive into the data and take stock of what we can learn in order to identify the implications for educational improvement in the state and think carefully about next steps. This takes some doing, however. The state currently reports trends in terms of the proportion of students who “meet the standard,” a cut point set for each grade level, but does not focus on trends in the actual scores the students receive. (These scores are on a scale from 2000 to 3000 on the tests.) Users must go into the data set to calculate these trends themselves across test areas, years, and student subgroups.

Analyzing these trends in actual scores is especially important for understanding the performance of groups scoring well below or well above the “standards met” cut point used for reporting the data.

The Learning Policy Institute looked more closely at these data, tallying scale scores for student subgroups for each year while weighting scores from each grade level and year by the number of test takers to measure how much “growth” this year’s test scores showed compared to last year. We found some surprises offering both good news and bad news — and some clear indicators of where the state needs to dig in and work harder.

First the bad news: As the graphs below show, students with disabilities score low and show little growth. And many historically underserved racial/ethnic groups score well below white and Asian students and are gaining less rapidly, which contributes to a widening achievement gap.  This includes African-American students, where the news is the worst, followed by Native American and Pacific Islander students.

And all of the news is worse in mathematics than in English language arts where both average scores and average growth are lower overall and for each group.

These gains for many Latino, Filipino and Asian students were part of an untold success story for California, which is the progress of most English learners over the course of their school careers.

While students currently classified as English learners score low in both English language arts and math, this is in large part because students are no longer counted in the English learner (EL) group as soon as they become reclassified as proficient. (Unlike the system for federal accountability reporting, in this state report, students do not remain in the EL category for several years after they are reclassified.) This catch-22 makes it impossible for the EL group as a whole to show much gain in achievement, even when individual learners are making strong progress. More importantly, as students progress through California schools, the vast majority are being reclassified as English proficient.

These data are a testament to the capacity of California schools to help many students acquire the English language and achieve at high levels. The state must still be concerned, of course, about the high school students who are not yet proficient in English — about ¼ of those who were ever English learners. Some of these are recent immigrants, but others have been struggling to become proficient over a longer period of time. The state should monitor growth for these long-time ELs in particular and flag districts where progress is not being made, so that they can get assistance to improve program design and instruction.

But what about the areas where California is failing to close the achievement gap and where students are falling further and further behind? Here we have to take a long hard look at the issues that must be put more forcefully on the policy agenda in California.

To solve these issues, California must improve the quality of special education services; eliminate teacher shortages in special education and math, as well as other fields; and increase the adequacy and equity of school funding. As with our drought, the longer it takes to put a full range of solutions in place, the more achievement gaps will create lasting damage. This year we hope not to let the test score headlines come and go without taking stock that can lead to action.

Linda Darling-Hammond is president and CEO of the Learning Policy Institute. Leib Sutcher is research associate and a member of LPI’s Educator Quality Team.